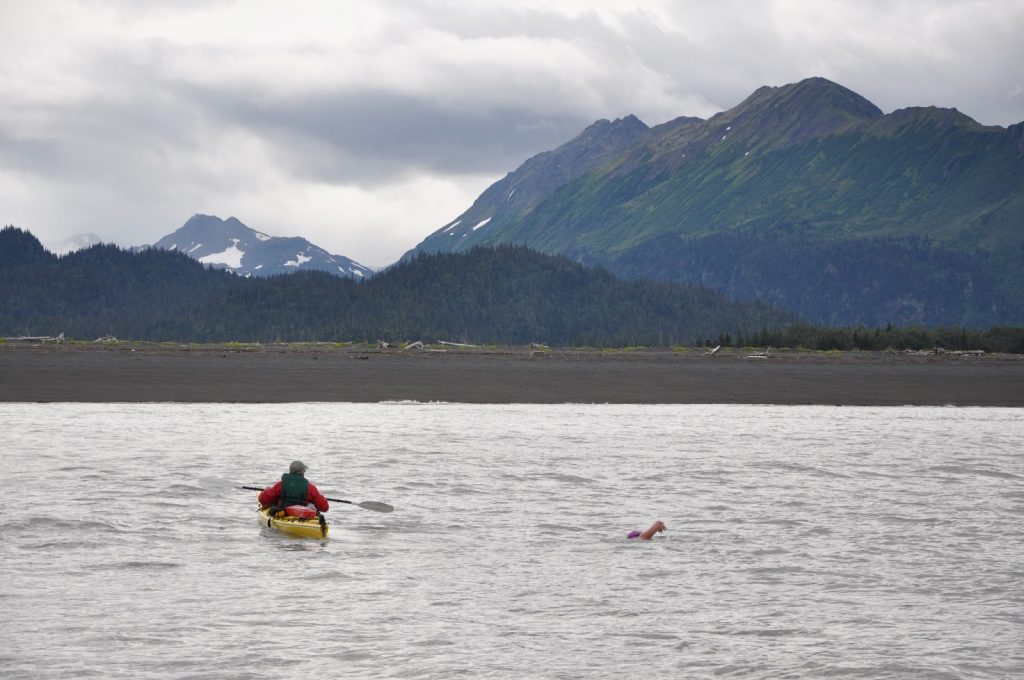 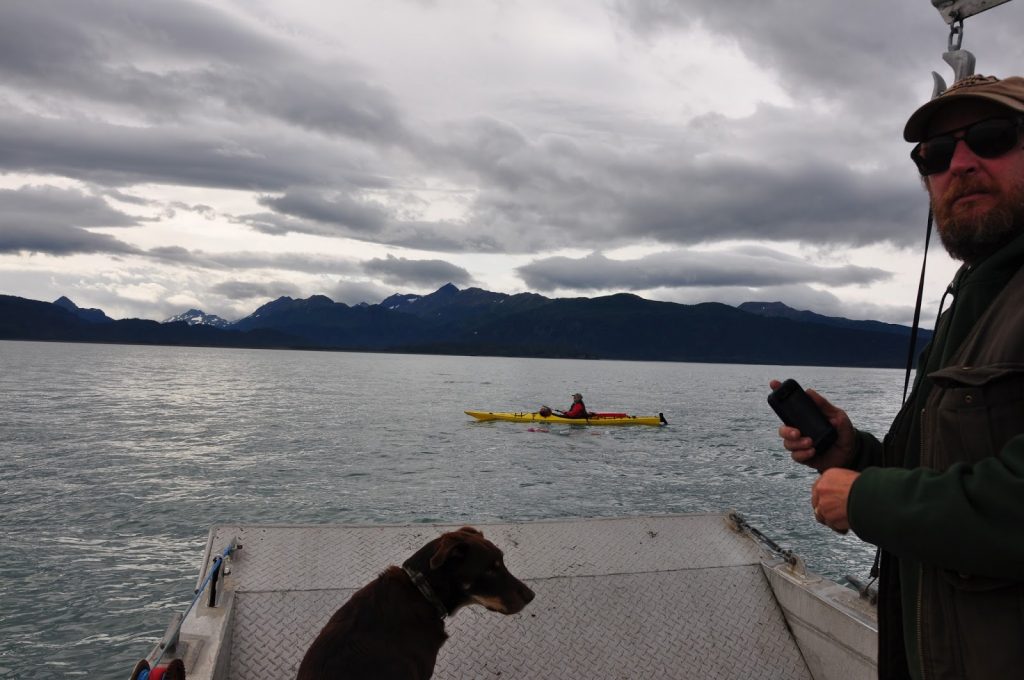 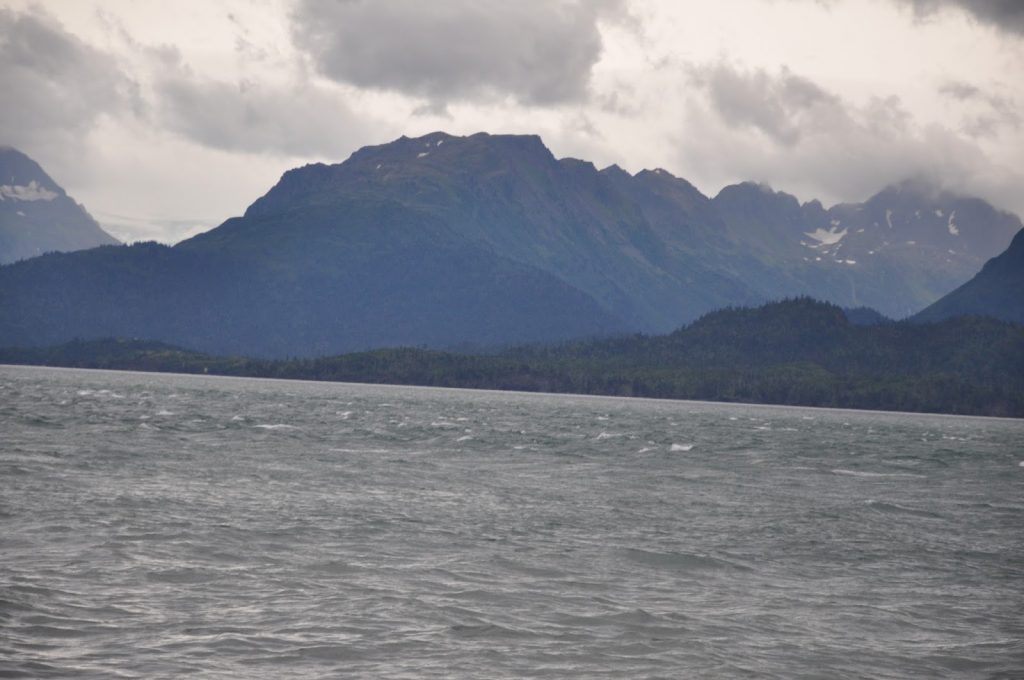 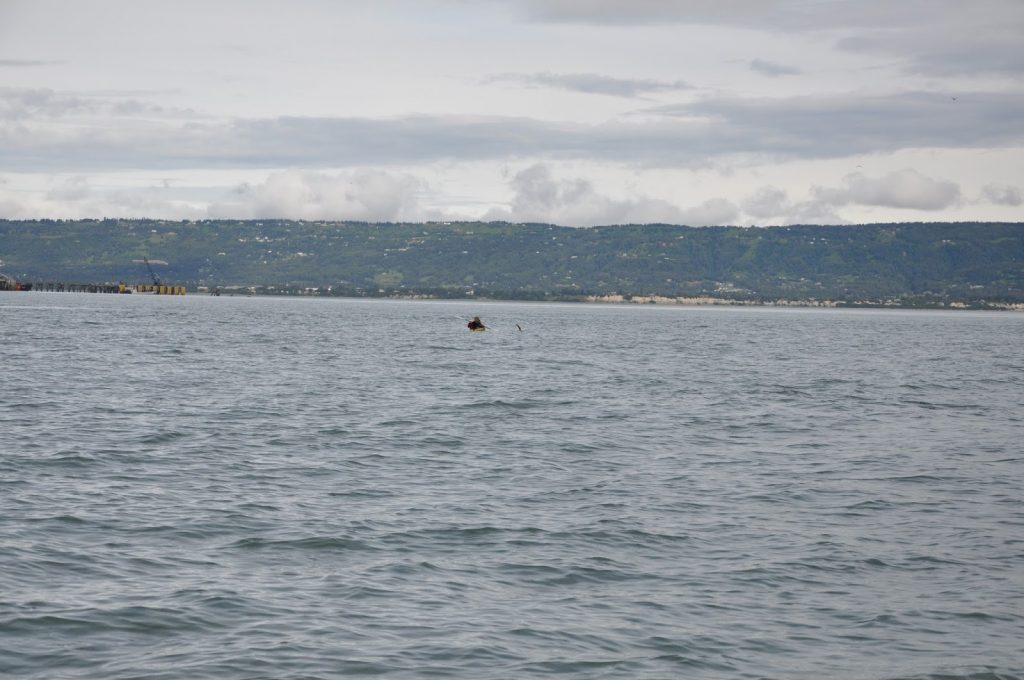 Back in 2007, Claudia Rose did her first ocean swim in Alaska, the 8.2-mile (13.2 km) Pennock Island Challenge. “This experience piqued my interest in swimming in cold, unfamiliar locales. I began researching other, bigger swims in Alaska.”

The founder and president of an enterprise architecture and systems engineering firm, the engineer got to figuring out what she was getting into. “My research led to my own theories and models for the conditions for such a swim. For instance, I have been looking at the huge tidal swings of Cook Inlet, the second largest in the world. There are also endangered belugas trapped in the strait, providing sustenance for humans and dodging the energy development infrastructure in the area.”

The Cook Inlet presented a deliberate and intuitive engineering mind to consider as an open water swim. It stretches from Gulf of Alaska to Anchorage in south-central Alaska with active volcanoes and eruptions that have been associated with massive earthquakes and tsunamis as well as debris avalanches have resulted in tsunamis.

As she started to piece together the puzzle ahead of her, her plans came together for this year’s swim. “My research and fascination with these creatures and the livelihood of the people in the area led me to plan a swim across Kachemak Bay.”

But the Catalina and Anacapa Channel swimmer knew there were still plenty of unknowns in the ocean no matter what the level of planning and contingencies in place. “The marine life was very friendly. I am looking forward to researching and organizing a relay swim across Cook Inlet next year including team members from Alaska.”

She first worked on planning her August 9th swim with tides and currents, although she knew the wind and weather often deal a wild card in Alaska outdoor wilderness. “Instead of avoiding tides and currents, I wanted to try to use them to access the remote places where they might be unavoidable.

This was a first test of using the models and currents predicted by the Alaska Ocean Observing System.
” She crossed Kachemak Bay – where vertical differences between tides have been up to 9.6 meters and home to beluga whales – during a large tidal swing to become the first swimmer to cross without a wetsuit and the seventh individual overall.

“I believe I was the only one to choose to cross on a large tide change.” Based on her swims in Alaska, she delved into why the tides and currents do not match and how to predict them. “Now my research and interests keep pointing me to Cook Inlet with its huge tidal swings, the second largest in the world. Here humans, resources and animals all coexist in an extreme environment of currents, tides and mudflats. Huge oil platforms loom over endangered white whales. Bears swim out to pull feast off the fishermen’s nets. There are also orcas, sea otters, and seals..”

After a one-day weather delay, Rose swam 4 miles across the bay in 1 hour 38 minutes accompanied by Dave Lyons from Ashore Water Taxi, Al Brenner in a kayak and Channa Wright as the photographer. With models and information including the experiences of the first swimmers to cross the bay (organized by Liz Villareal) and the reports of fishermen and local water taxi operators, her strategy to swim out during one of the largest tidal swings of the month worked well.

The swim began on August 9th from Lands End on Homer spit with a barking sea otter. The National Oceanic and Atmospheric Administration buoy reported a water temperature of 47ºF (8.3ºC), but the surface was closer to 50ºF (10ºC). “The water was turbid and swirling, but the last of the ebb current swept me away from Homer spit and towards the middle. As I rushed to get across the middle we passed more sea otters and heard whistles of orcas in the distance.”

As Rose planned, the second half was assisted by the incoming current, but her pace was faster than anticipated. But the tidal push led the California swimmer to encounter glacial runoff to be crossed. “Until I was in the runoff I didn’t understand. Sinking and freezing in glacial fresh water ranging 5-9ºF colder than the rest of the water made the beach seem incredibly far off. The river current pushed me along the beach. At last I made it out to the beach as some seals ducked out of the way.”