Cleveland’s Run A Clinic In The Open Water 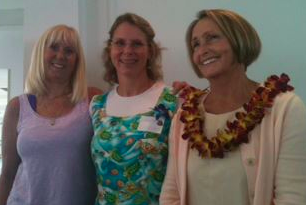 Their family ties may not be direct, but their love of the open water has been consistent over decades.

With Marcia Cleveland‘s latest 11 hour 26 minute marathon swim across Lake Tahoe high in the Sierra Nevada mountains, her exploit brought attention to the swimming exploits of American swimmers whose names is Cleveland.

Cindy Cleveland, Anne Cleveland and Jeffrey Cleveland are among these marathon swimmers and have been open water swimming since at least the 1970’s.