Cliff Lumsden Shocked The Highest Echelon Of The Sport 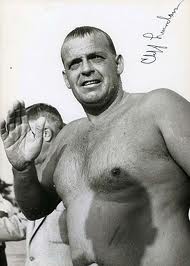 In the 1949 Canadian National Exhibition, a young Canadian from New Toronto shocked the professional marathon swimming world in the 15-mile championship.

That was certainly not a bad first prize for the young 18-year-old who was awarded the Lou Marsh Trophy as Canada’s top athlete in 1949.

He later said that the only regret in his long career was giving up his amateur status before the 1948 London Olympics.