Climate Change And Its Effects On The Open Water 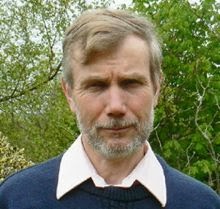 Robert Devoy, a Professor in Physical Geography at University College Cork and a lead author of the Intergovernmental Panel on Climate Change, gave a presentation on the relevance of climate change to open water swimming at the 2013 Global Open Water Swimming Conference.

“The oceans are a store of heat and gas, but climate regularly changes and has done so over time. Temperatures rises and changes over time. Our concern about how climate change is now a major issue and how man’s impact is having an influence. Human-induced climate change that are relevant to oceans swimmers include waves, surges, surface water runoff, tides, sea water turbidity.

We know now that warming of the climate system is unequivocal and people are primarily the cause of the recent changes. There is now a global warming temperature of 0.8ºC. Surface heat change is important for a sport like open water swimming. Ocean heat and sea surface temperature are rising. Within the world’s ocean, we are seeing an overall heat rise over 0.8ºC that mirrors the global warning phenomena. With this increase comes a variety of changes include blooms that causes increasing instability in the oceans. The Arctic is opening up and the melting of the Arctic ice is leading to changes of global flows.

The projections show we are looking at a sea rise in the future depending on how the chemistry of the atmosphere changes. This will lead to increased rainfall due to climate warming and increased sediment releases to rivers and coastal waters and blooms due to the the run-off.

We are concerned about increased wave heights that we are seeing around the world. Wave variability is important. When circulation changes, other changes can occur. For example, the Gulf Stream can shut down when the more cooler waters increase from the Arctic water melt-off. Science has concerns about the effects of this warming and changes.

Note: we were not able to cover Professor Devoy’s presentation with as much detail and accuracy that we would have liked, but the above information gives a brief summary of his presentation.