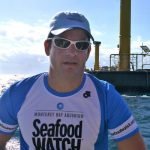 Chase holds a degree in Exercise Science from Rice University and has been a personal trainer and swim coach at the age group, high school and Masters levels. As an ocean lifeguard swim instructor, he works with South Jersey beach patrols as well as Coast Guard rescue swimmers.

In an effort to raise the Ocean Consciousness of the Ocean City community, Chase and his wife Michelle founded the Ocean City Swim Club to create opportunities for others to discover a place in the ocean while at the same time gaining an understanding of how our lives on land are intimately connected to the seas.

In three decades of endurance pursuits, Chase has competed as a professional triathlete and an ultra-distance runner even finishing the Vermont 100 mile endurance run in 1998.

More recently, Chase has redirected his endurance pursuits to the ocean as a waterman and marathon swimmer and started an innovative educational program in American Samoa. As committed as he is to discovering his own potential in the water, Chase is more passionate about raising awareness of the impact we all have on the oceans. Through endurance pursuits, writing and speaking Bruckner is committed to Changing How We Feel and Think About the Oceans. He was nominated for the 2011 World Open Water Swimming Man of the Year and also helped the organization of the 2011 Special Olympics World Summer Games in Athens, Greece where he continues to support and introduce open water swimming to intellectually disabled individuals. 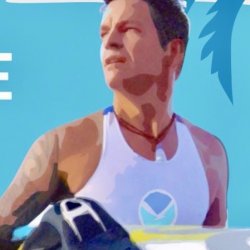 Massimo Giuliani is the