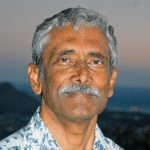 Jan Prins is currently a member of the Faculty at the University of Hawaii, and is the Founder and Director of the Aquatic Research Laboratory, and teaches Sports Biomechanics. He is also the Director of Swimming Biomechanics, Inc., a private company, whose focus is the dissemination of swimming research.

For the past 18 years, he has been involved with unique swimming research, using multiple high-speed video cameras and motion-capture software to analyze the stroke mechanics of elite swimmers.

Data has been collected from a wide range of competitive swimmers, including Olympic Gold Medalists, FINA World Swimming Champions, and former World Record Holders. In addition to presenting his research at a number of international biomechanics conferences, he has presented his research at national and international swimming conferences, including the ASCA World Swim Coaches’ Clinics

He has been involved with swimming for over 50 years. His primary focus is assisting Competitive & Masters Swimmers, and Triathletes, with improving their swimming stroke mechanics.

He was the Head Assistant Coach under the legendary “Doc Counsilman” at Indiana University, during which time he received his Ph.D. in Human Performance (1974 to 1978). He then served as Head Men’s Swimming Coach at the University of Hawaii (1978 to 1987). During his tenure his teams placed in the “top 20” at the NCAA “Division I” Championships, and in the “top 10” at the USS Senior Indoor Championships. He was the coach for Sri Lanka in the 1984 Olympics in Los Angeles, and the 1986 Asian Games in Seoul.