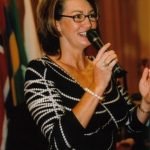 Shelley Taylor-Smith is an Australian pool and open water swimmer from Western Australia.

“Shelley’s passion for life is as intense as her passion for swimming.” – Laurie Lawrence

As a young girl Shelley had a dream – to be like her role model Shane Gould and win a gold medal. Despite most of her school years in a back brace and spending three months in traction with partial paralysis when only 24 years old, Shelley never let go of her dream. Her coach told her “Do you know, you have the potential to be a World Marathon Swimming Champion?”

Shelley took up marathon swimming because it didn’t require her to make those back-bending tumble turns and has since achieved what no other woman has in sport.

In 1998 Shelley was told she had six months to live. While swimming in polluted water she had picked up deadly parasites and giardia. The infections had manifested as Chronic Fatigue Syndrome and she was warned that if she continued to push herself her system would completely fail and she would die. Six months later Shelley won the Manhattan Island Marathon Swim for a record fifth time and only then did she decide to retire from representing Australia.

Shelley’s ‘winner’s attitude’ and her motto: “If you don’t quit – you will make it” translates into her everyday life and now she empowers others by sharing with them her greatest asset – The Champion Mindset – training our leaders of tomorrow to think and be Champions today!

Shelley is as dedicated out of the water as she is in it. Her charity work includes: Vice Patron of Life Education NSW and her 2 favourite youth charities – the Humpty Dumpty Foundation and Youth Off the Streets – to which she donates ALL profits from sales of her books.

She was the 2008 recipient of the Irving Davids-Captain Roger Wheeler Memorial Award, an award given by the International Swimming Hall of Fame.
On 10 August 1992, she won the 30 km Sylvan Lake World Series Marathon Swim in Alberta, Canada.

In her 15 years of international competition she has been awarded:

She has also been awarded: 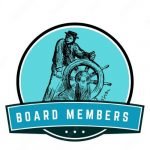