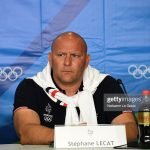 Stéphane Lecat (born 6 August 1971, Nogent-sur-Marne) is a professional marathon swimmer from France who was inducted in the International Marathon Swimming Hall of Fame in 2007 as an Honour Swimmer. He was also the 2018 recipient of the Irving Davids/Captain Roger W. Wheeler Memorial Award. He was named as one of the 101 Movers And Shakers In The Open Water Swimming World by the Daily News of Open Water Swimming.

Stéphane Lecat was an outstanding professional marathon swimmer. He is replicating the athletic success he enjoyed in the water on dryland as the Directeur de L’Eau libre for the Fédération Française de Natation. As the French national team open water swimming program director, the 46-year-old is taking French swimming to unprecedented levels. Mirroring the efficiency of his powerful stroke, Lecat very effectively oversees the administration, development and organization of 35+ competitions in France and helping France’s best swimmers dominate the podium positions in international competitions. For laying the foundation for France’s 4 gold, 1 silver and 1 bronze medals at the 2017 FINA World Championships, for mentoring the next generation of elite French swimmers and coaches at international junior competitions, for continuing an unparalleled level of excellence as an administrator for the sport, Stéphane Lecat is a worthy nominee for the 2017 World Open Water Swimming Man of the Year.

Lecat was employed by the Ministry of French Sport with responsibility for the development of the swimming in the Picardy Region. He was the head Coach for the Picardy Region Swimming Team and responsible for Swimming Coach Education for new coaches and continuing education for qualified coaches. He coached swimming to Amélie Caze, the 2010 world champion in Modern Pentathlon who qualified for the 2012 London Olympics. 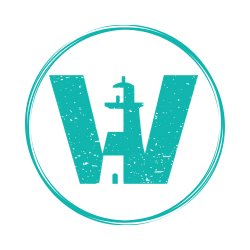