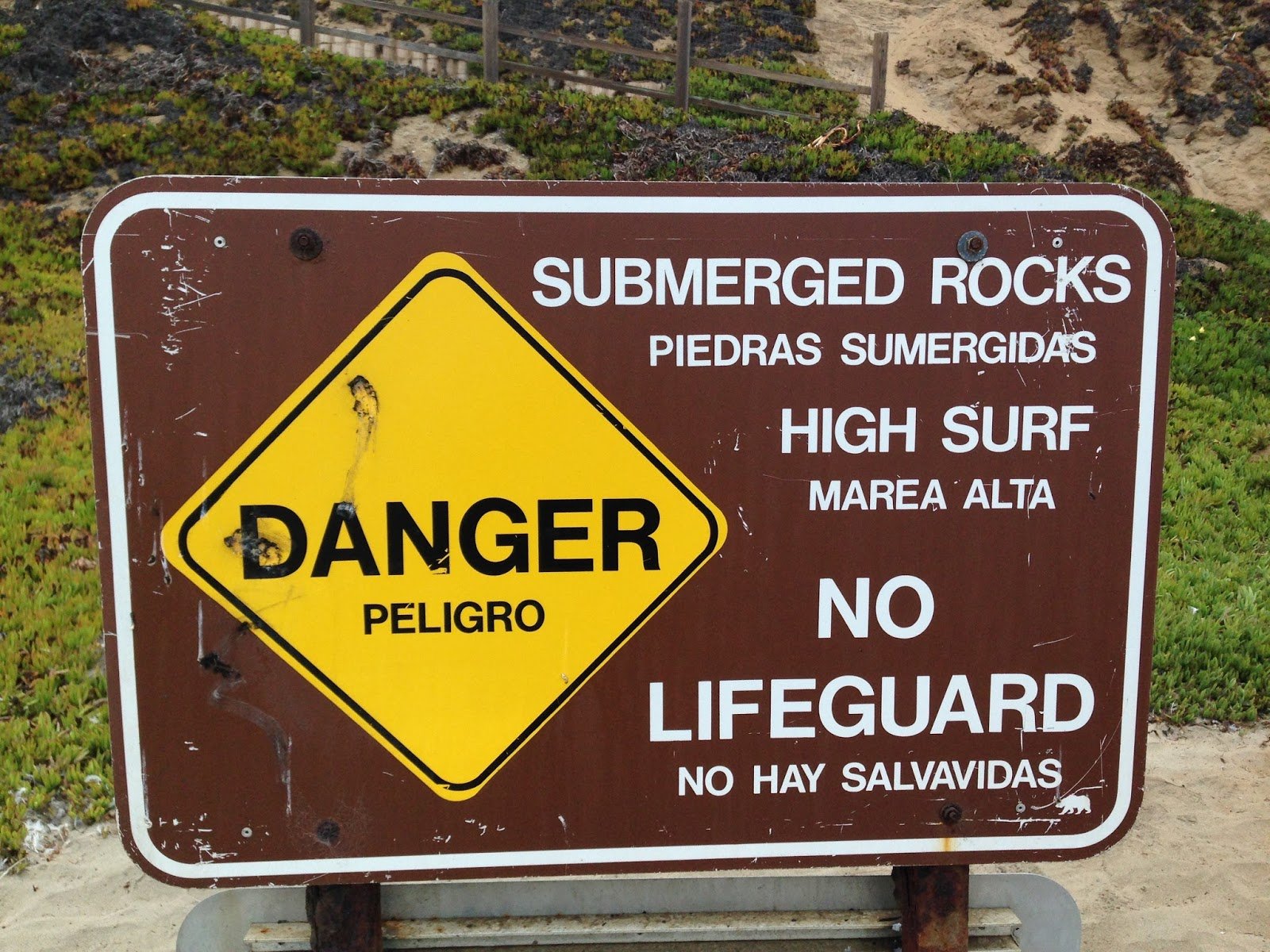 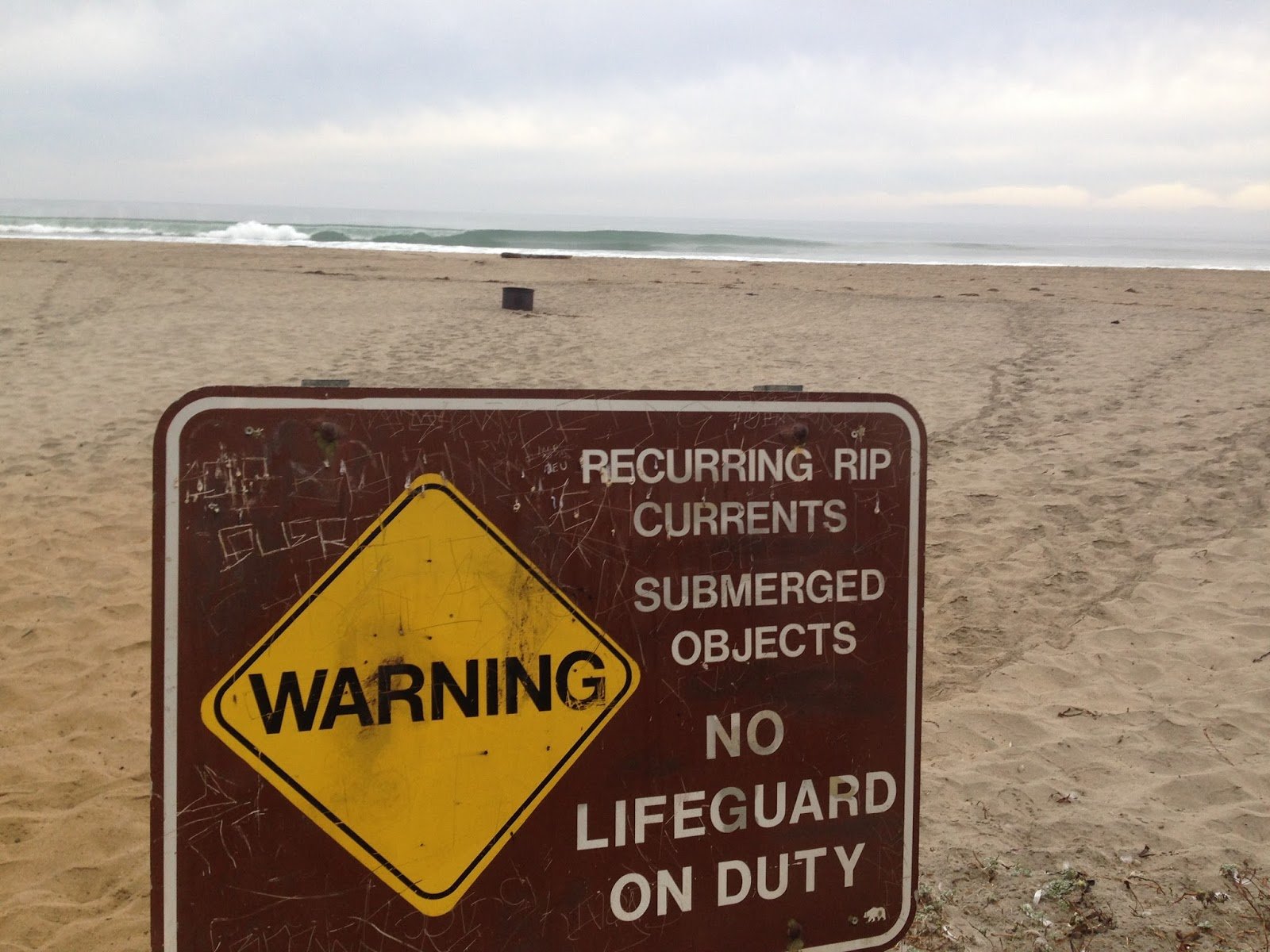 Most humans see this sign and turn away from the shore without a second thought. Their decision is the wisest, most prudent thing to do.

In contrast, many experienced adventurous open water swimmers, like their open water brethren surfers, immediately think the following while considering the possibilities:

1. Where are the rocks? How many? How large?
2. Is there another access point? Can I swim (surf) around them?
3. Can I see them exposed at low tide? Can I swim (surf) around them?
4. How strong are the rip tides and currents? Do they always run?
5. How cold is the water?
6. Are there any marine life or kelp?
7. Out past the rocks, what are the water conditions?
8. Is it safe to swim in a group or with a kayaker?