Cold Half Is The Wright Thing To Do 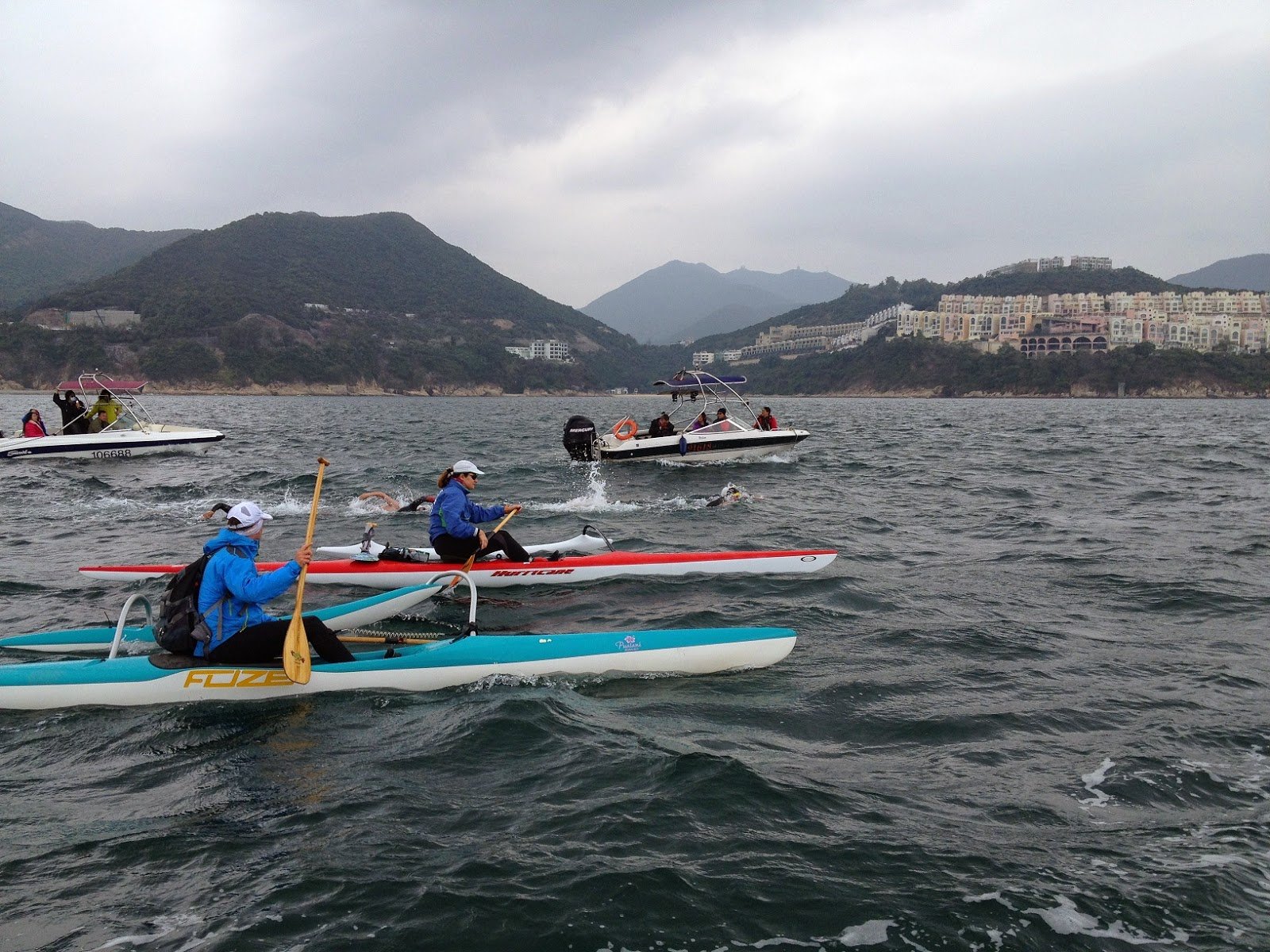 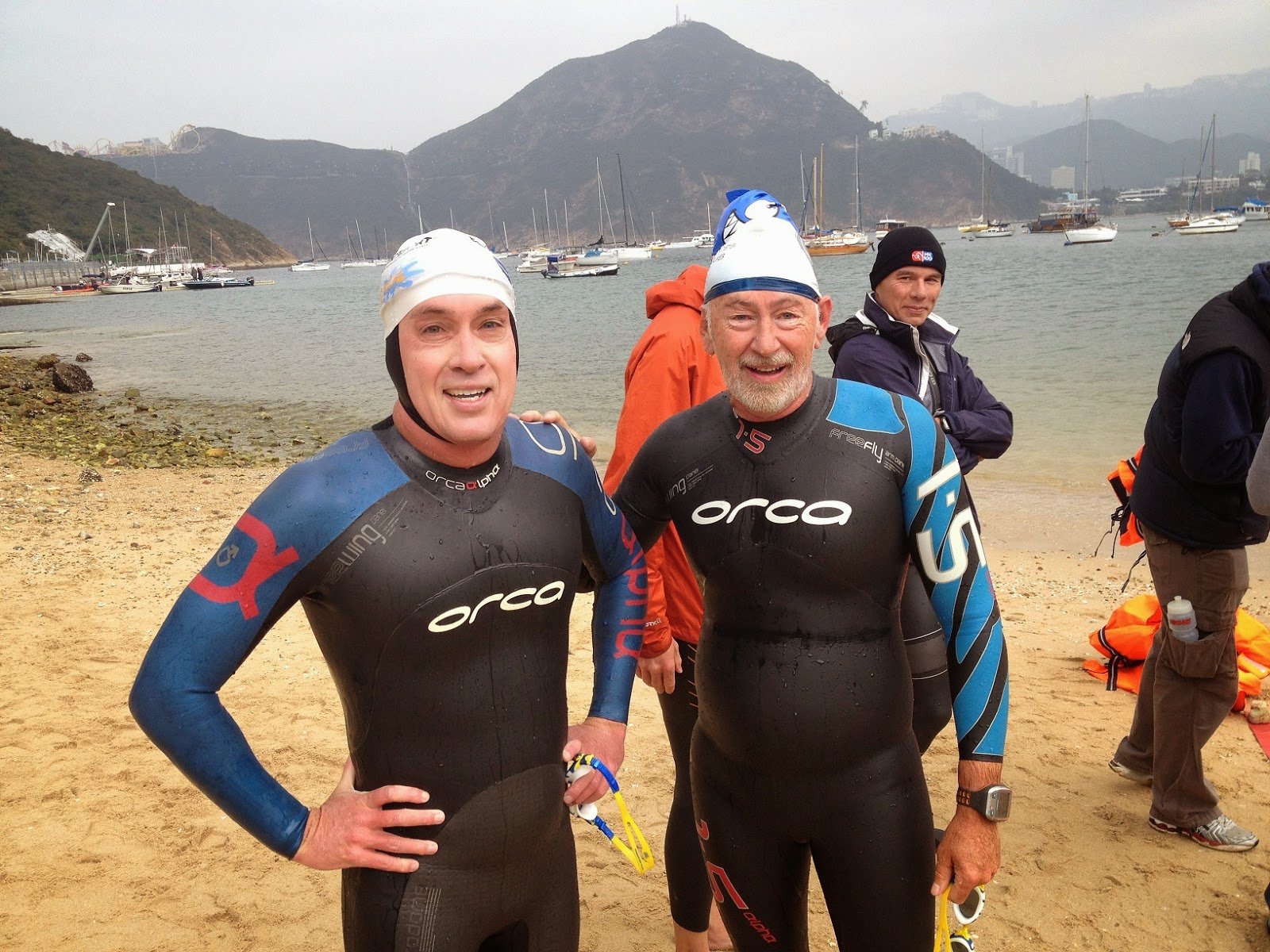 This weekend on January 24th, Hong Kong will host the 3rd annual 14 km Cold Half event.

Hong Kong Chief Executive CY Leung discussed the need for such international events so “Hong Kong waters can be used for promoting water recreational and sports activities and a water-friendly culture.”

Doug Woodring is hosting 35 athletes from China, the UK, Thailand, the United States and Hong Kong.

But two of the athletes are going even further. “As part of this event, the 2nd annual Cold Standard race will be held. The Cold Standard includes a solo swim in the Cold Half, and then a full running marathon in the Standard Chartered Marathon. There are two amazing athletes who will compete in the Cold Standard: Henry Wright and Katrin Butcha, a German who lives in Guangzhou, China,” explained race director Woodring.

The Cold Standard is the first formal event in the world where athletes can try to enter the Sub 3 Squared Club in one single weekend with both events. This is where endurance athletes swim a full 10 km marathon swim without a wetsuit in under 3 hours, and also run a full 42 km marathon run in under 3 hours. So far, only two people in the world – Fran Crippen of the United States and Chris Palfrey of Australia have completed this feat, but they did it over the course of their career, not over one weekend. “Harry Wright was very close last year and is hoping to achieve entry to the Sub 3 Squared Club this year,” described Woodring in anticipation.

Wright says, “The Sub 3 Squared is a challenge in itself, but doing each discipline one after the other is the next step up. I think I could achieve both of them separately, but with less than 24 hours to recover, this is really a hard test of endurance. You need upper body strength for the swimming and lower body strength for the running, and this race is the perfect test to find the balance between the two. It was a great experience last year, and I’m hoping that it can only get better this year.”

Butcha believes that her friends and family things she is crazy for wanting to do this double challenge. “I signed up because I might be a little “crazy,” but the challenge is what makes it exciting for me, even if it seems boring for such a long distance. It is a true challenge for me, as I had to undergo hip surgery as a child and was never allowed to do any sports. I only started one and a half years ago – not just with any sports, but with triathlons. I know my limits and within these limits I love to challenge myself.” 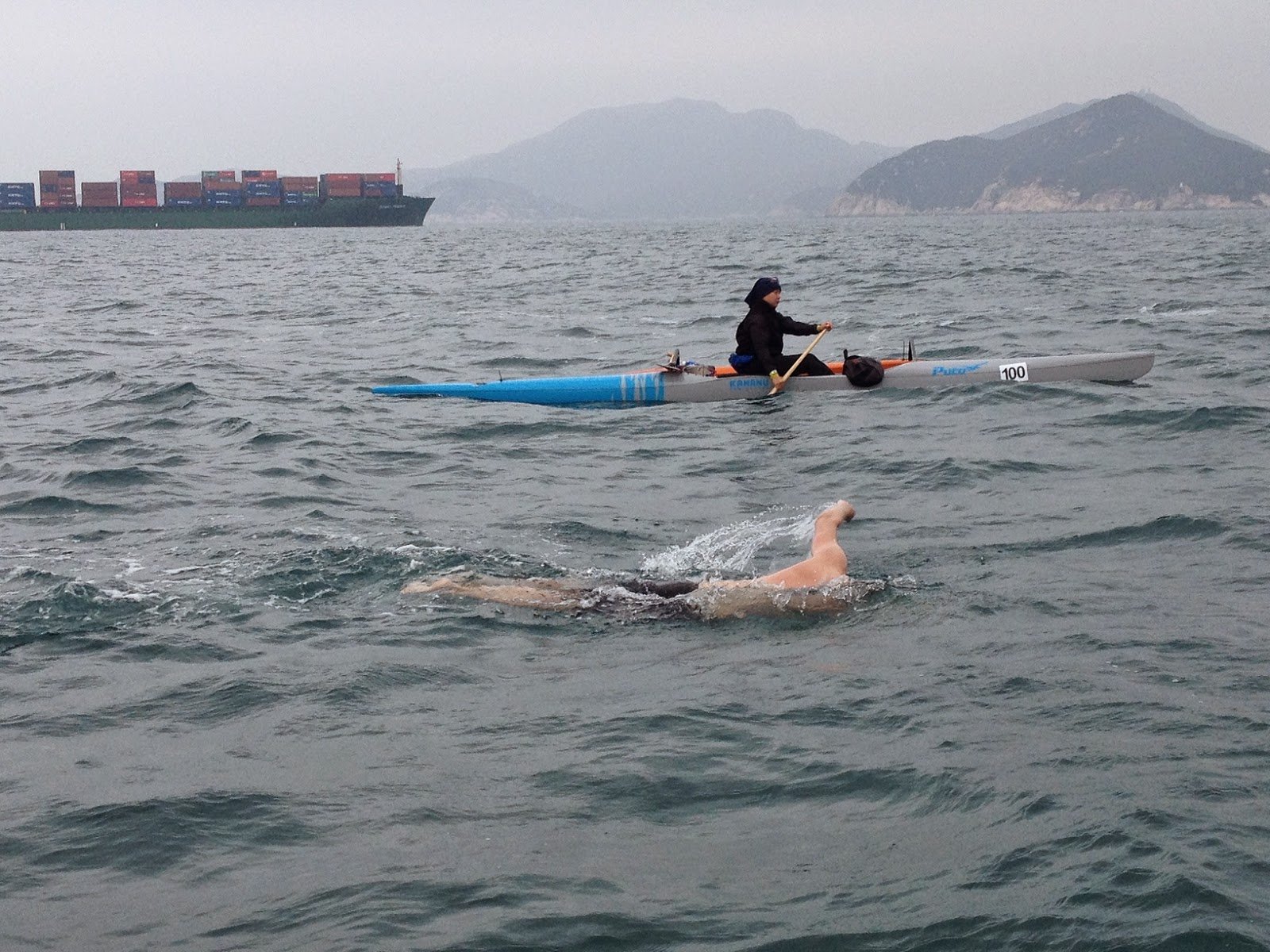 The Cold Half is not only a solo swim, but also a relay competition with a carbon-neutral option. “Some relay teams are raising funds for charity this year. So far, James Riley and Andrew Lau have raised over HK$200,000 for the HK Cancer fund for their efforts in the cold water next Saturday,” said Woodring.

“Stretching from Stanley to Deep Water Bay, the relay course runs along Hong Kong’s most stunning views. The race is open to solo swimmers, or relays of two people. Like the Clean Half race every October, the race is both a celebration of the amazing water and geographic assets we have in Hong Kong, combined with extreme sports, and an appreciation of the environment. This is our third Cold Half race, and it is becoming known as one of “the races” to swim in for those overseas who like a challenge and want to come to Asia. This is the only cold water race in the region where swimmers can train for long swims like the English Channel with the cold water to go with it. This year the event will be visible live on the internet with the use of tracking devices for each swimmer and team. This means that anyone around the word can watch how the swim develops over the course of the race. The tracking link will be visible on www.openwaterasia.com and also our Facebook Page – Open Water NRG.”

The race will start at Stanley Main Beach at 10:00 am Hong Kong time on Saturday, January 24th. “It will finish three to five hours later depending on the teams and how The Wall treats them on their way to the finish. The Wall is a unique body surfing section of the Cold Half where swimmers can ride the waves downwind as they swim along an 800m section of rock wall on the Stanley Peninsula. Railroading along the stretch can become an essential part catching up or pulling away from other competitors.”

The race will finish at Middle Island at the Royal Hong Kong Yacht Club.

Some of the proceeds from the event will be donated to Ocean Recovery Alliance, a Hong Kong-based charity focused on reducing plastic pollution in the ocean and bringing general improved health for the ocean.