Cold, Icy And Happy At The Winter Swimming Championship 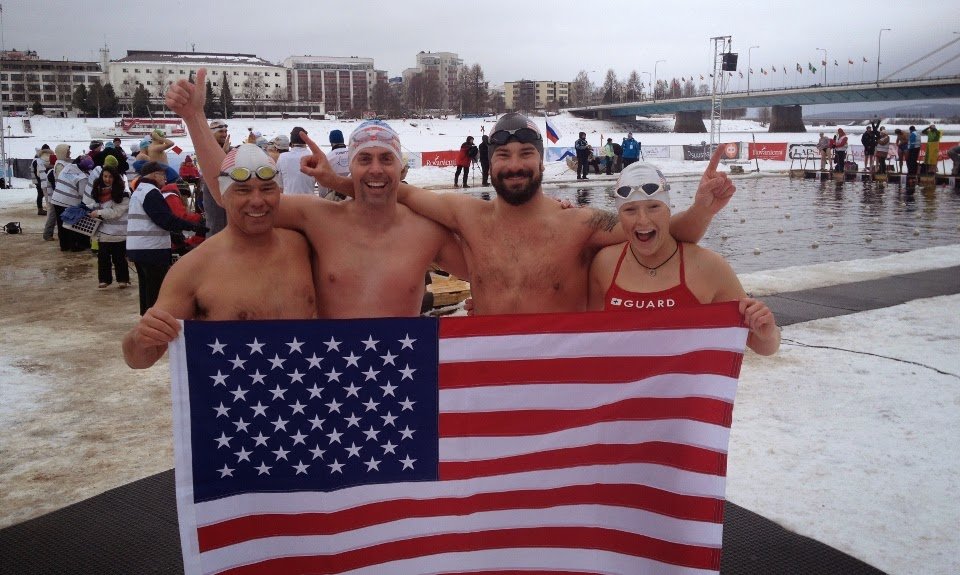 The Championship will be held on February 21st-22nd 2015 in Newport, Vermont in Lake Memphremagog.

While winter swimming competitions have steadily grown throughout Europe, Asia, and Africa, the Americas have been slow to join the cold-water band wagon.

But the United States Winter Swimming Association will pick up the slack under the direction of Darren Miller of Pennsylvania, R. Cristian Vergara of New York, Melissa O’Reilly of the Czech Republic, Brad McVetta of New York, and Janet Manning of Maryland. “The USWSA was formed to make winter swimming competitions available in the United States,” explained co-founder Miller.

The USWSA is teaming up with Phil White of the Kingdom Games to host the first-time event in North America. “In Lake Memphremagog, two 25-meter swimming lanes cut out of the frozen lake. The swimming lanes will be cut out of the ‘infield; of a 700-meter speed skating oval which will also host the North American Speedskating Championships two weeks prior to the Winter Swimming Championship. The oval was made last year adjacent to the The EastSide Restaurant in Newport, Vermont. The water temperature of Lake Memphremagog is expected to be around 32ºF (0ºC) and the likely air temperature will range from 0ºF to 25ºF (-18ºC to -4ºC).”

White and team will organize races of 25, 50 and 100 meters. “A 250-meter event will be included if there are sufficient resources to build proper warming facilities for swimmers who will need to recover following a swim of this distance in such cold water,” described White whose offices sit adjacent to Lake Memphremagog. 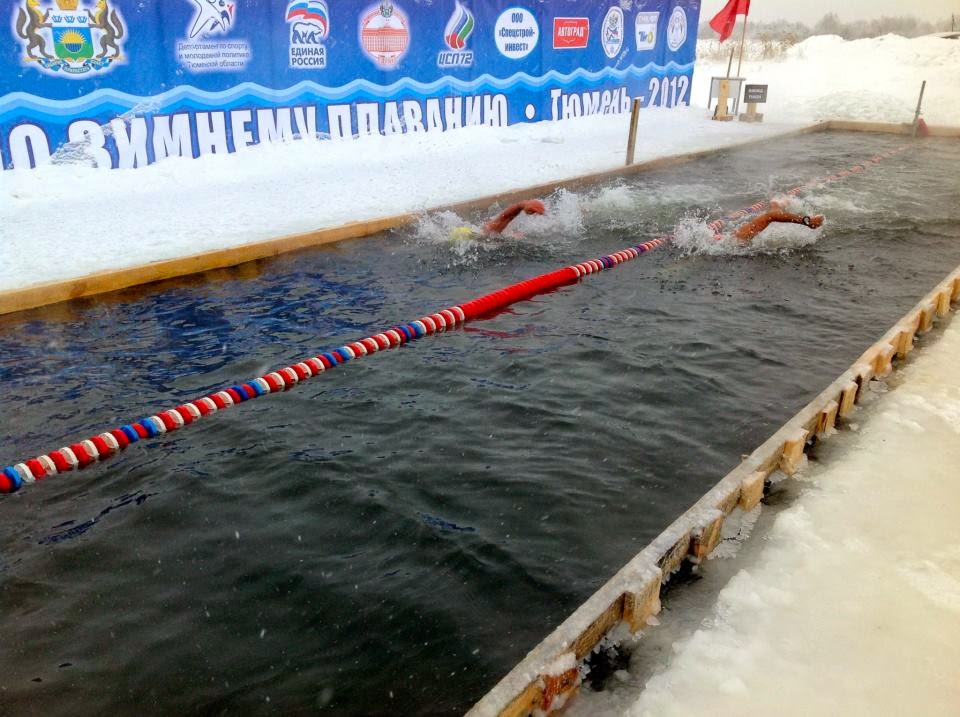 Lower photo shows traditional winter swimming course in Russia that will be replicated in Lake Memphremagog at the Winter Swimming Championship.