Cold May Lead To Plan B At 2015 Pan American Games 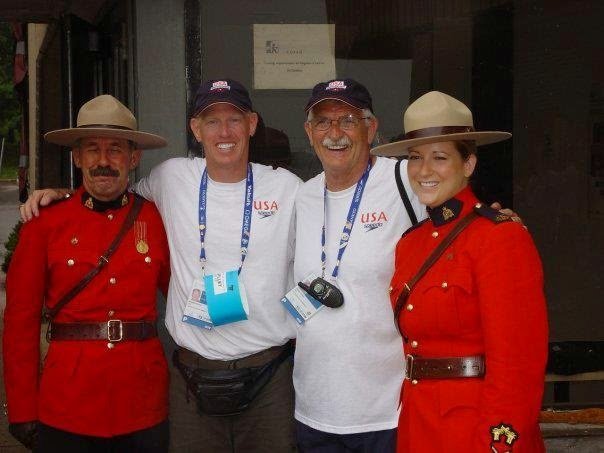 Denny Ryther, chairman of the Open Water Swimming Committee of UANA (Unión Americana de Natación or the Amateur Swimming Union of the Americas*), provided updates on the open water swimming plans for the next Pan American Games to be in Toronto, Canada in July 2015.

In its report on the 2015 Pan American Games, Ryther noted that the water temperature at the Games venue (14.4ºC) during the summer of 2014 was below FINA’s minimum water temperature of 16ºC. The organizers obviously hope that Mother Nature cooperates and that the water will be warmer and above the minimum for the 2015 5 km and 10 km open water competitions. “This past winter [in Canada] was extremely harsh,” reported Ryther. “There was still ice in the Great Lakes in May. The hope is next summer will have warmer weather earlier, but we are looking at alternate sites if the need arises. The present site is perfect and we hope it will work in 2015. We need for all our UANA Federations to understand that at 16ºC or 17ºC will be a cold water swim.”

Ryther is also helping to organize the 5 km and 10 km events to be held during the Pan American Festival in Mexico in September where 20 national federations are sending 46 men, 42 women, 25 officials and judges, and 22 coaches to the competition. Jose Ismael Gonzales of Guatamala, Tomás Haces Germán of Cuba, Rick Walker of the USA [shown above with Ryther], and Gladys Mejia Garcia of El Salavador will also help organize the event.