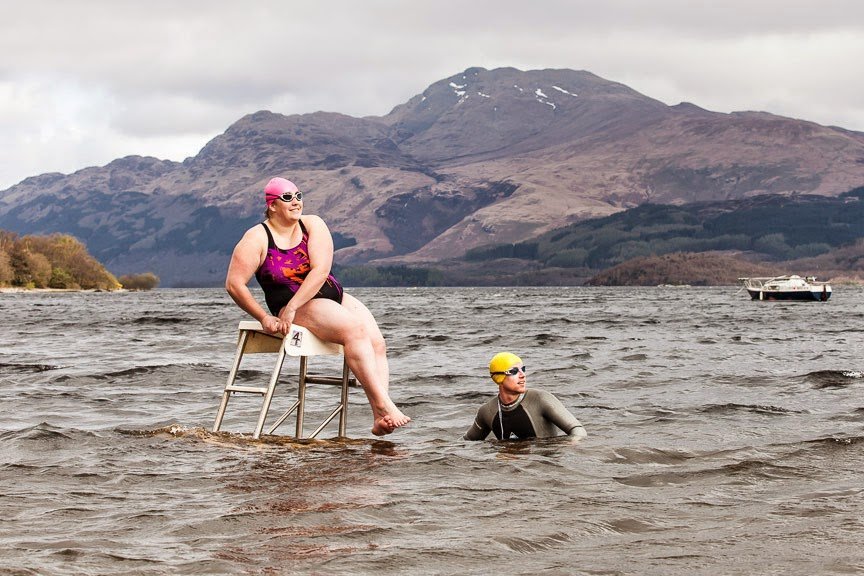 Colleen Blair, who has crossed both the English Channel and the North Channel, will help kick off the 2014 Global Open Water Swimming Conference in Loch Lomond, Scotland.

“It will be an honor to swim in the wake of one of the heroines of the sport, Colleen, the first woman to swim between Orkney and the Scottish mainland at the Global Open Water Swimming Conference,” remarked American Steven Munatones who will be coming from California. “A good training swim in the chilly waters of Loch Lomond with help shake off the jet lag for everyone coming from overseas to Scotland. We have people coming from Hawaii and South Africa, Japan and Russia, and all over Europe.”

“Blair, from Aberfeldy, was the first woman to swim The Pentland Firth, the stretch of water between Orkney and the Scottish mainland well known for its extreme tidal currents of up to 11 mph,” explains Robert Hamilton of Vigour Events, the host of the Conference. “She will be speaking about her exploits. She will also be joined by ‘Mad’ Adam Walker from Nottinghamshire who is about to become the first British man to complete the Oceans Seven challenge, the 7 hardest ocean swims in the world; and the marathon swimmer Kevin Murphy who holds the male record for English Channel swims – 34 including three double crossings. Extreme endurance adventurer Sean Conway, the first and only man in history to swim the length of Britain from Land’s End to John O’Groats across 900 miles, will also be in attendance.”

Vigour Events has put together a comprehensive conference that starts on September 18th with a two-day tour of Scotland and will culminate with a swim in in St Ninian’s Bay on the Isle of Bute with some of the world’s best open water swimmers.