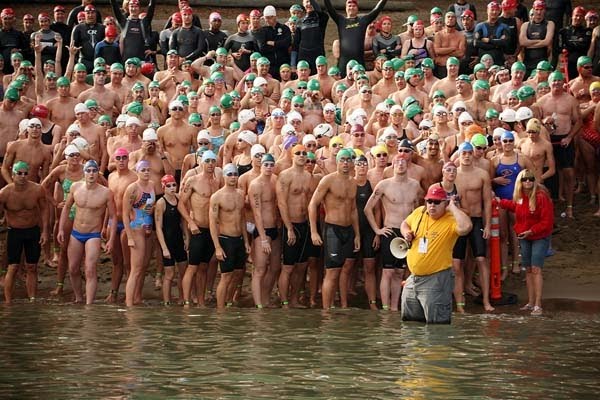 Each of the elite athletes wears a special swim cap in the world famous RCP Tiburon Mile this coming Sunday. The caps are worn by a number of world champions (e.g., Ashley Twitchell, Melissa Gorman, Chip Peterson, Vladimir Dyatchin) and champion swimmers from around the world (Australia, USA, Russia, New Zealand, Brazil and Egypt) will race for the US$10,000 winner-take-all first prize for the top man and woman.

In the cold San Francisco Bay with the Golden Gate Bridge in the background, these elite athletes will be going all-out:

In the woman’s field,

On the men’s side,