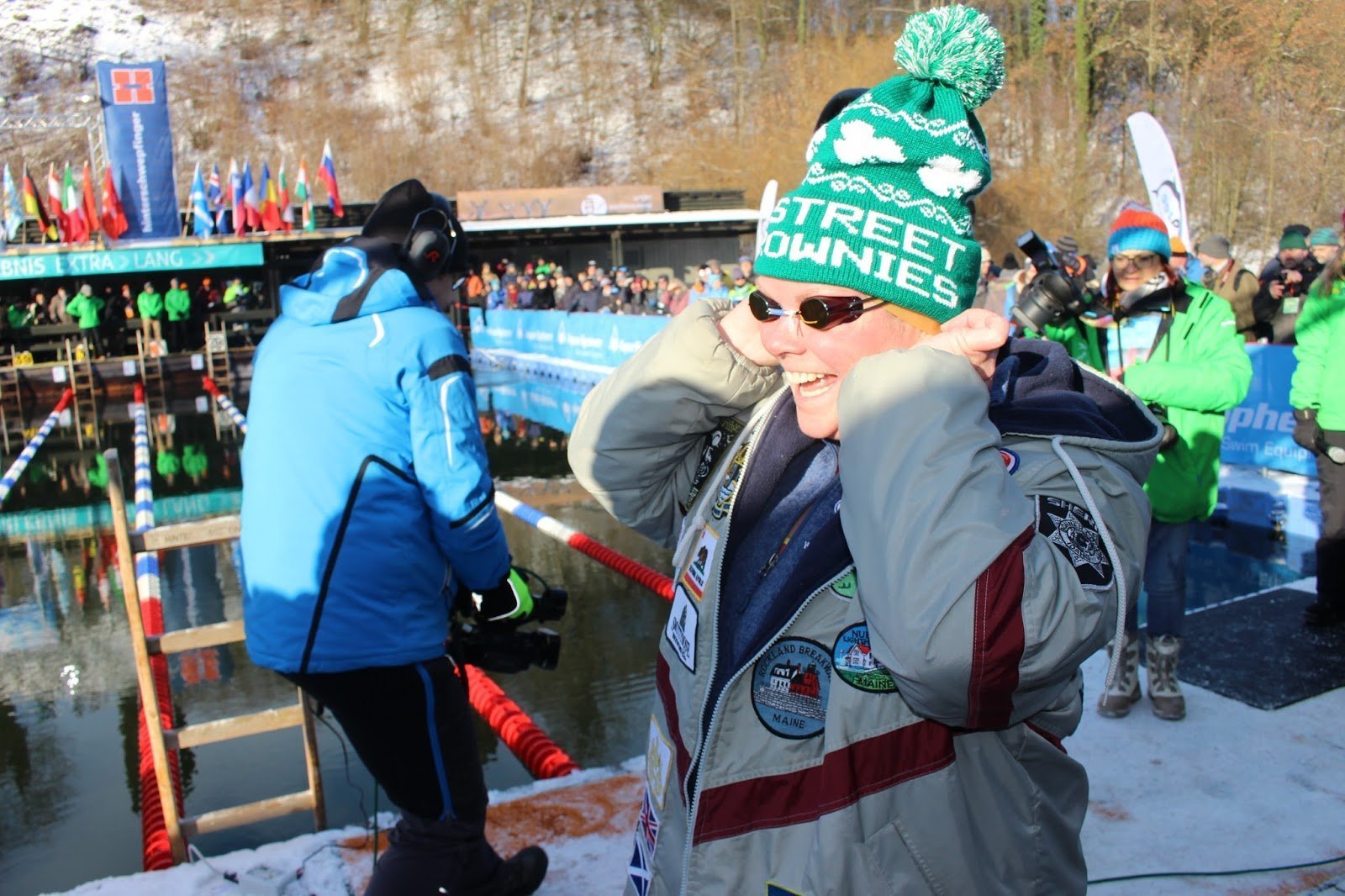 “Her apprehension was palpable. Her lack of confidence was clearly verbalized before her swim during breakfast that morning,” recalls Steven Munatones, the second for Elaine Howley at the 2017 Ice Swimming Aqua Sphere World Championships in Burghausen, Germany.

“Then right before the race started, she couldn’t find her ear plugs and she only had a few seconds to get from the ready room to the venue. Panic was in her eyes. Frankly, I was worried about her.”

But the Boston-based swimmer who trains at the L Street Bathhouse found her ear plugs in her bag and quickly walked out to the pool deck, making it just in the nick of time for the athlete introduction.

“As soon as the announcer called her name, Elaine lit up like a star on the red carpet. Her smile radiated in the -11°C air and she waved to the crowd like she didn’t have a care in the world.”

“Athletes, remove your clothes,” ordered the race starter in the traditional pre-race instructions.

As Howley grabbed the wooden ladder in lane 7 and started to lower herself in the water, the radiance that she so evident on her face only moments before immediately evaporated.

“You could see how the shock of the -0.9°C surface water negatively affected her. But she held it together; you have to give her loads of credit. She didn’t hyperventilate; she breathed deeply and focused. But the look on her face was not promising at all.”

Her countenance could not mask a deep-seated fear that seemed about to come true in the biggest ice swimming stage of her career.

Howley started off her ice kilometer slowly and even took a few strokes of breaststroke and head-up freestyle early in the race. Her turns were slow as the ice was caked on the walls, making the turns tricky. “Frankly, I was worried about her. 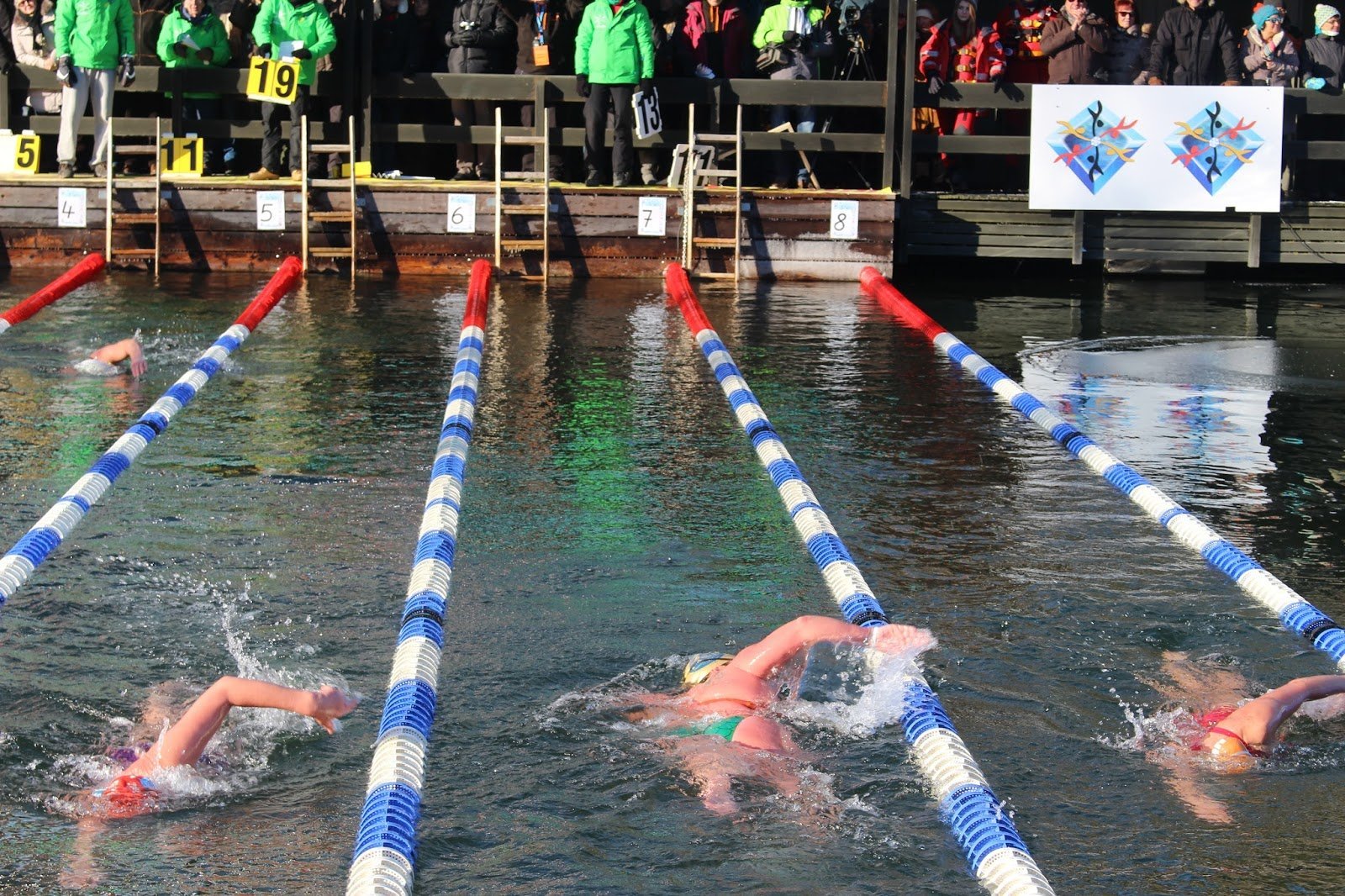 But then something happened. It was magic. Elaine suddenly found her groove before the 500m mark. Her stroke started to lengthen and her turns became quick. There was such a dramatic transformation. She hit her groove. She turned a negative situation into such a positive. By the 800m mark, she was cruising and her 100m splits were actually faster than the beginning of the race
.”

Howley recalls the experience. “I feel like I grew up a little bit or something during that swim. Something certainly happened at that shifting point about 450 meters into the swim. If I had to speculate, I’d say it was that I finally relaxed and pushed aside the fear. I began truly enjoying myself, and that joy grew with each additional stroke, cold be damned.”

During the last 100m, the crowd started to cheer specifically for the lone American in the heat. The fans saw the change in her speed and demeanor and started to chant along with the pulsating music.

After the officials blew the whistle to signal her last 50, Howley acknowledged the appreciative crowd with a wave and a bright smile. She finished her ice kilometer with an impressive sprint and a flawless two-handed wave to the spectators. 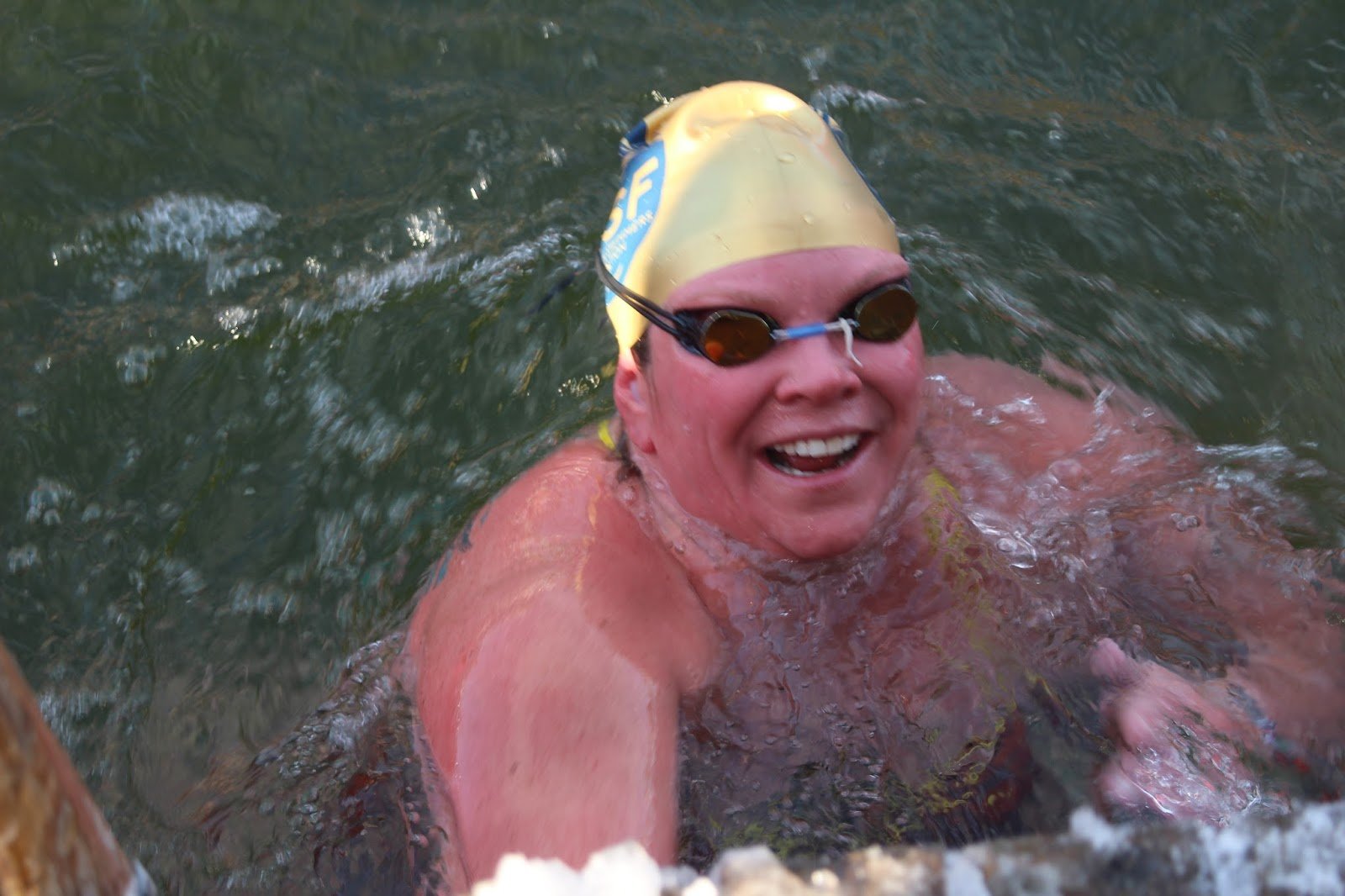 “I got in the moment and it was glorious. I was beaming at the end because this was truly an exhilarating experience. There’s something so life-affirming about taking a calculated risk and surviving. Or is that thriving?” 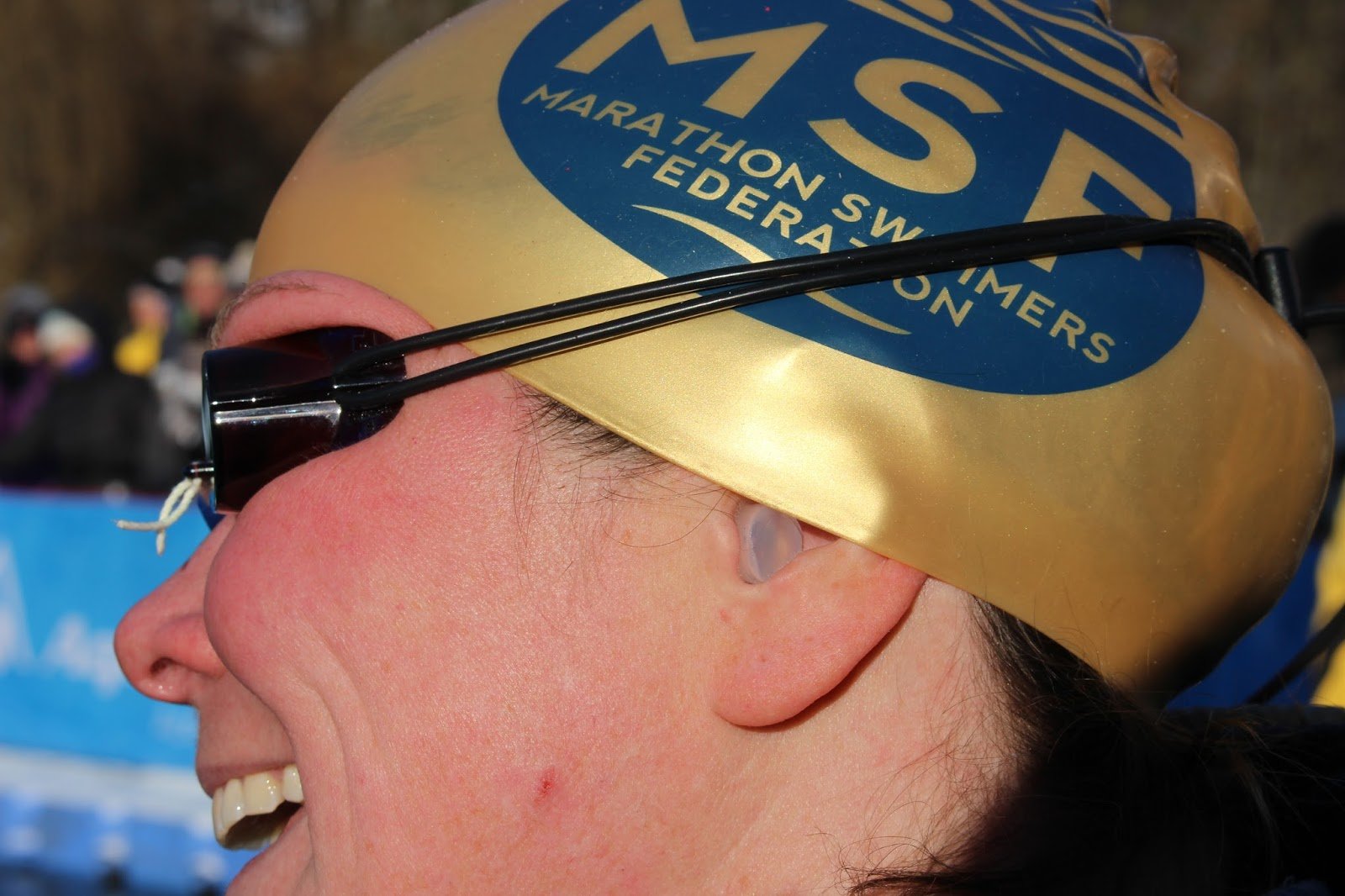 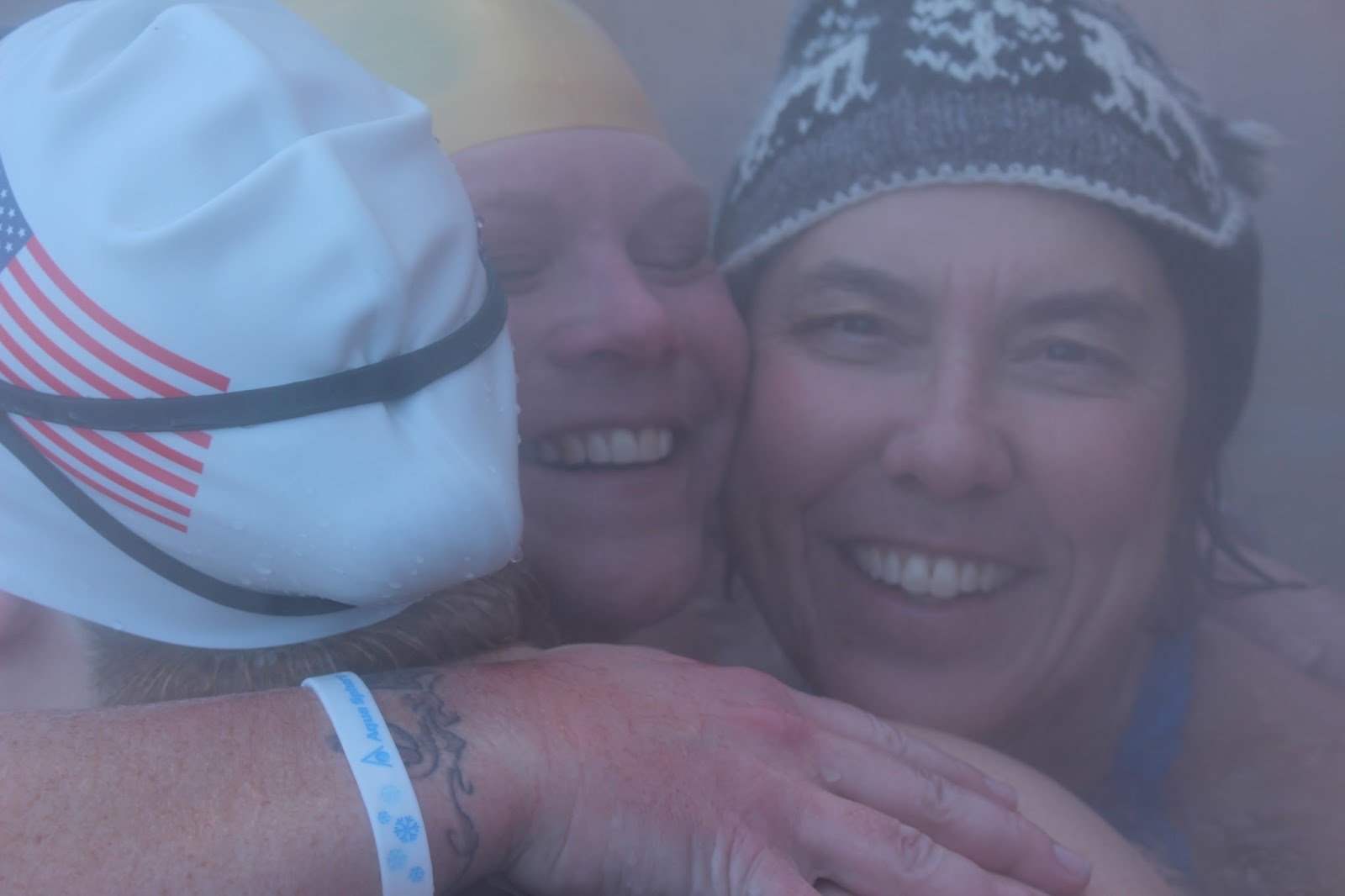