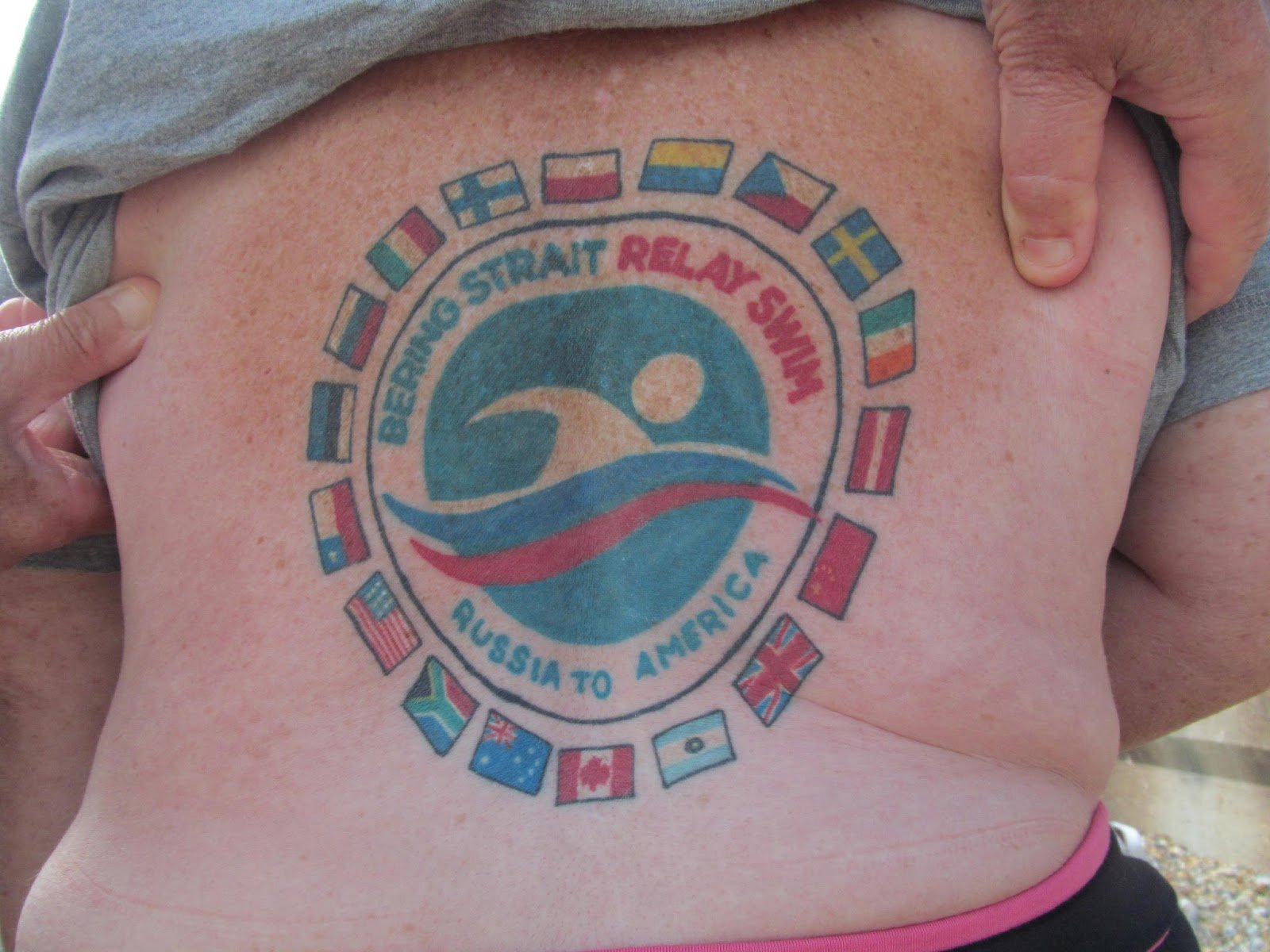 Jackie Cobell‘s tattoo on her back commemorates the Bering Strait Swim, an unprecedented 6-day relay swim across the Bering Strait from Cape Dezhnev in Russia, to Cape Prince of Wales in Alaska via Big Diomede and Little Diomede Islands.

The 2016 World Open Water Swimming Performance of the Year nominees include the following individuals and events: