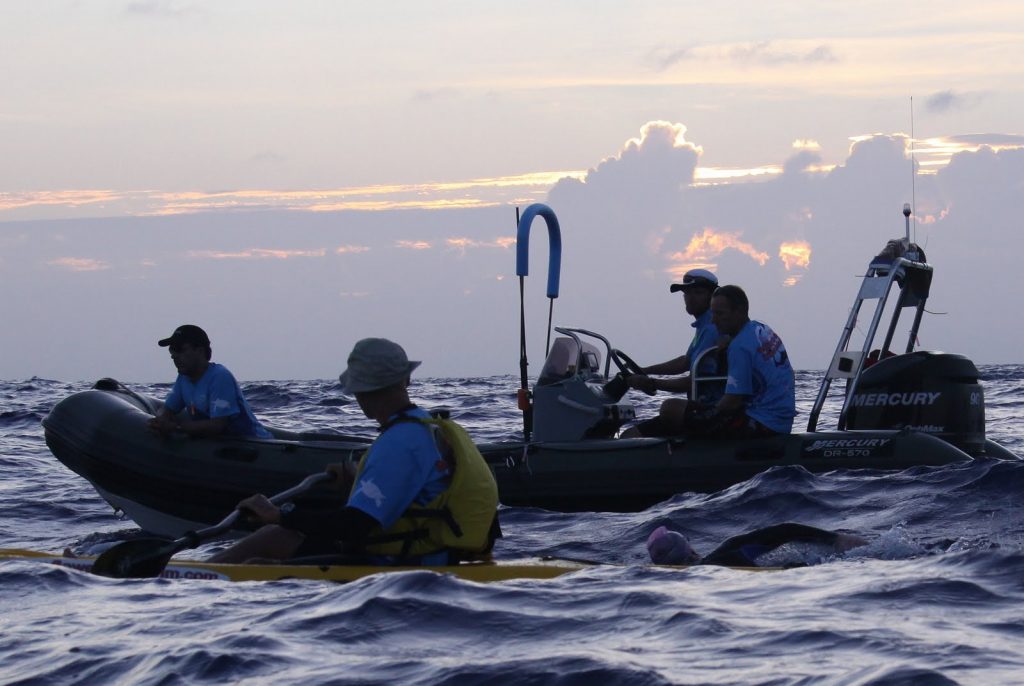 The issue of communications among the escort crew during a marathon swim is critical. With a solo swimmer or relay swimmers in the water, constant and accurate information among all the swimmers and crew members is absolutely vital.

Likewise, swimmers on ultra-marathon swims like the case of the Ventura Deep Six’s 202-mile relay down the California coast, Penny Palfrey’s 68-mile swim in the Cayman Islands or Diana Nyad’s 103-mile planned attempt from Cuba to Florida in July, multiple boats, Zodiacs and kayaks are often used.

When multiple watercraft are used, communications and coordination become even more complicated and essential. Often support crew are transported from the mother ship(s) to a Zodiac, paddle board or kayak. This entails a detailed rotating shift schedule and constant communications via dedicated radios.

Each of the support crew – whether on a single boat in the English Channel or on multiple watercraft on ultra-marathon swims – must be kept abreast of the swimmer’s condition, the distance swum, the potential for danger whether it is the marine elements or marine life, and the feeding schedule. The best crews work in a coordinated, streamlined manner with everyone having certain responsibilities but ready to jump in and substitute for others whenever necessary.

Photo courtesy of Image by Spike.