Competition In The Ice Is Heating Up 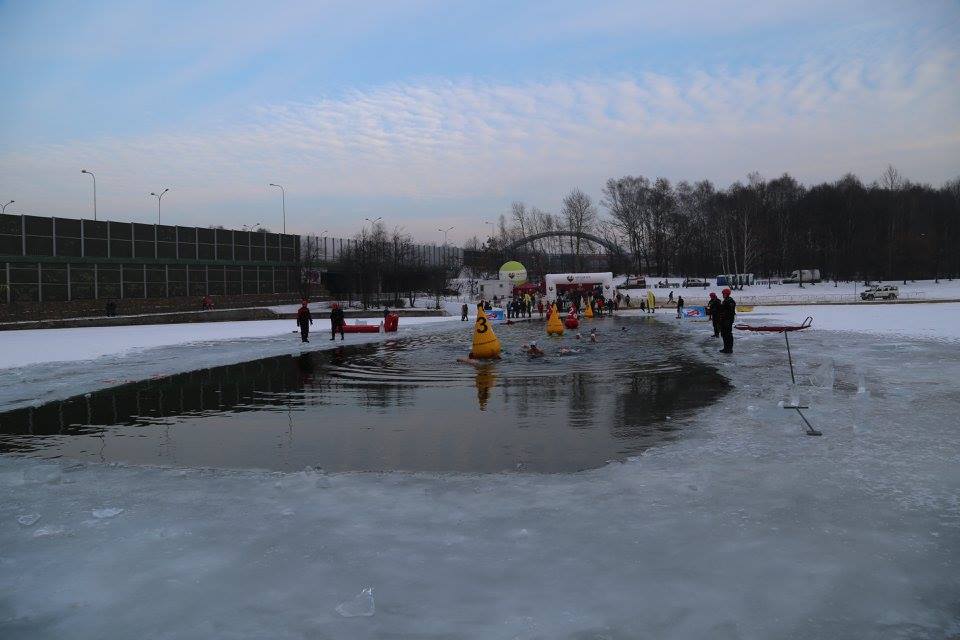 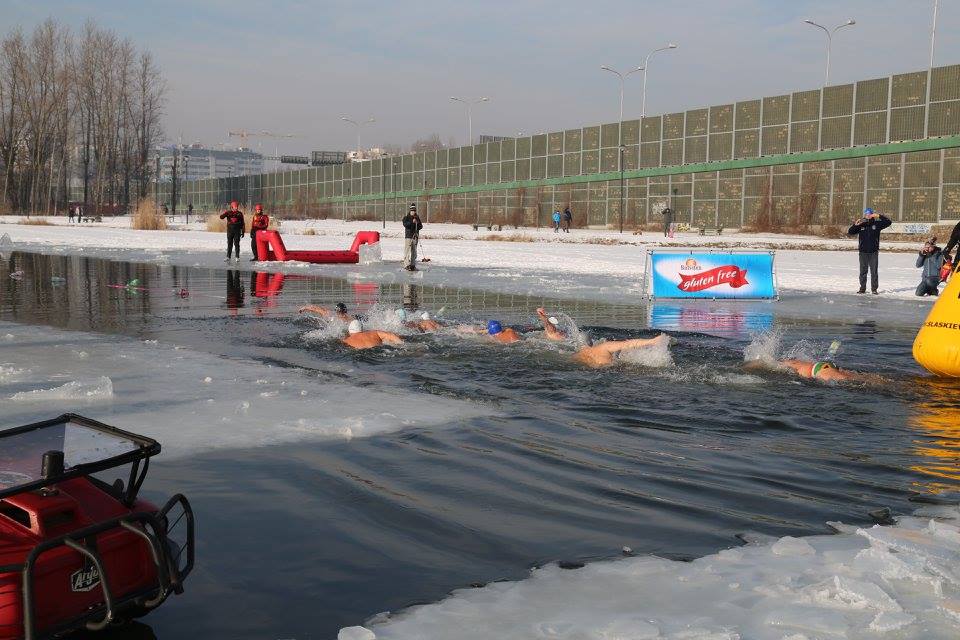 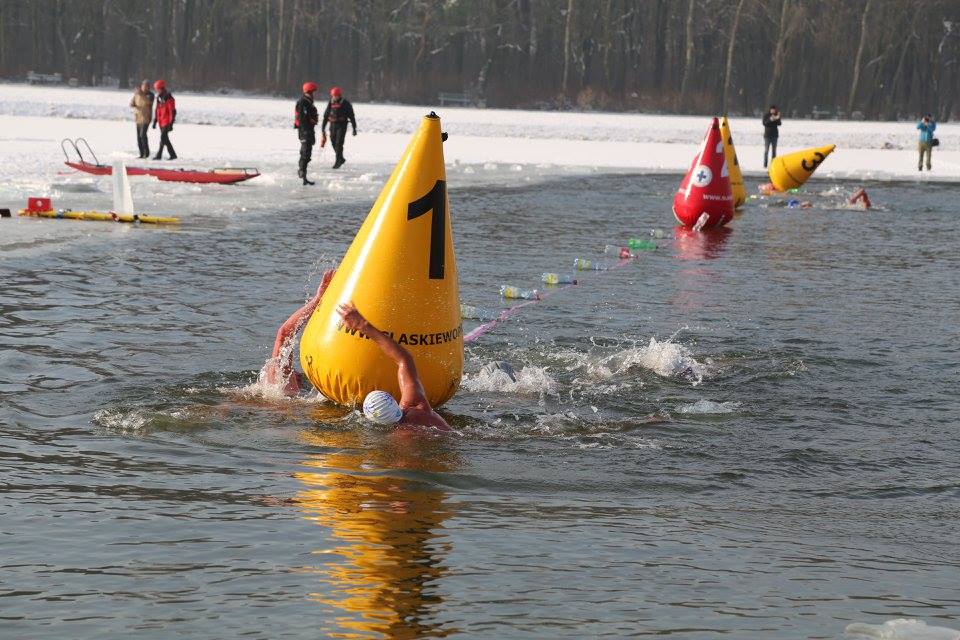 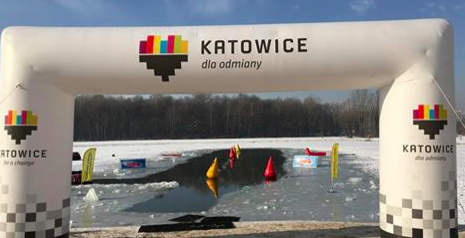 Carved out of a frozen lake, The Ice in Katowice, Poland attracted 21 athletes competed in the 1 km race.

“All the competitors are experienced swimmers with growing number of ice swims under the belt,” explained Ram Barkai, founder and chairman of the IISA. “The participants also included newcomers who underwent through a gradual qualifying process according to the IISA rules.”

Instead of a 25m manmade pool, the course was an open water course with a tight linear loop of 100m [shown above]. Swimming in an out-and-back course around turn buoys and overtaking other swimmers was not easy. “Some start fast and some start slow, but after 200m some slow down and some pick up their pace,” described Barkai.

It is all about experience in the ice. “Every race is different, like open water swimming, but experience is critical here,” said Olympic swimmer Rotislav Vítek from Czech Republic who won in 12 minutes 51 seconds, a pace faster than 1:12 per 100m. “Post race, I have the same level of tiredness as I used to have after a 25 km marathon in warm water. This is only 1 km, but it is extreme and condensed, and you have to have a good strategy.”

In addition to the local Polish swimmers, the event drew international swimmers from the UK, Ireland and the Czech Republic. “At face value the people here are very relaxed about the ice,” said Barkai who has swum 9 ice miles to date not including several ice kilometer swims. “You have to understand the couture here. The Polish swim in ice on a regular basis. The sport is very developed in Czech Republic and Poland. They don’t panic unless there is an emergency. The event had several emergency vehicles, ambulances and 10 rescue professionals in dry suits scattered around the course.

With some Olympic names and serious reputations perched on top of the Top 10 International Ice Swimming Association rankings (see here), Vítek climbed to #2 with a 12:51 sandwiched after Petar Stoychev of Bulgaria in first with the world record of 12:28 min and before Christof Wandratsch, the current world champion who finished third in a time of 12:54.

“It was just few weeks ago when The Ice World wondered who will be the first person to break the 13-minute mark [in ice swimming history] and now the eyes of the global community are anticipating for the first sub 12 minute Ice Kilometre,” says Barkai.

On the women’s side, there was a slightly lower participation, but Rachel Doyle from Ireland who came first at 17:40 setting an age group world record.

The next stop on the Ice Circuit is the Irish IISA 1 km national Championships on January 30th.