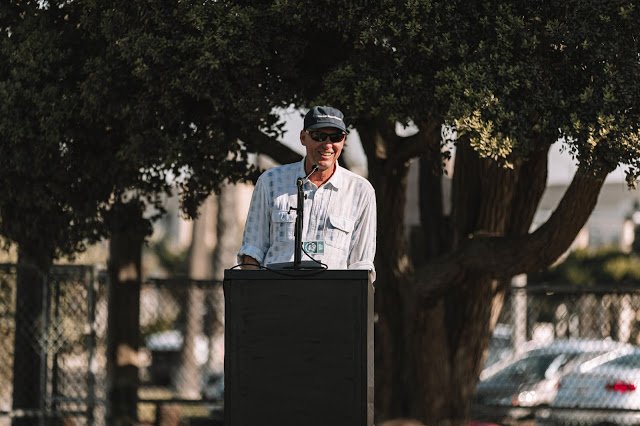 Among open water swimming luminaries [including Paul Asmuth shown above] and hundreds of participating amateurs and two 2020 Tokyo Olympians (Haley Anderson and Jordan Wilimovsky) at the WOWSA Ocean Fest in Redondo Beach, California earlier this year, representatives of the Guinness World Records recognized the following swimmers:

“It was a pleasure getting to meet and work with all of you this year at the terrific event. It was an absolute privilege to hear each swimmer’s amazing stories first hand, and witness the effort and hard work in coordinating this year’s event. It is truly a filming experience that we will never forget.”