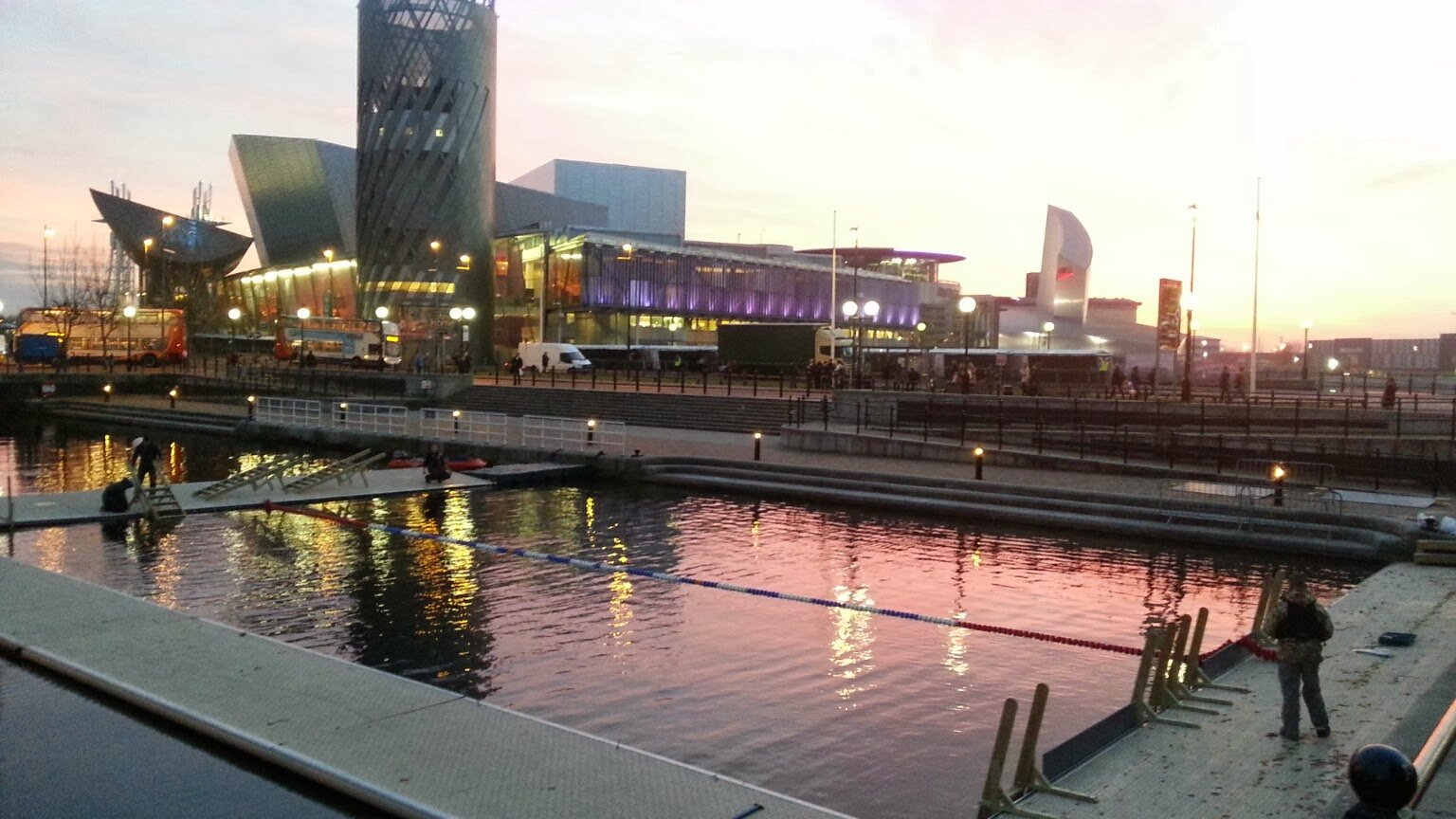 Prior to the American government shutdown, Warren Buffet, one of the richest men in the world, commented on the mindset of people, “Fear is incredibly contagious. Success comes from confidently looking at long-term horizons.”

His comments reminded us of its corollary often seen in the open water world, “Confidence is incredibly contagious.

This is especially true in the ice swimming world when hundreds of people are training their minds and bodies to handle sub-5°C waters. Not just members of the Russian elite or the members of the Serpentine Swimming Club, but swimmers from Cork to Colorado, New Jersey to Newcastle, Salford to Seattle.

Not only is Colin Hill is in the final preparations for his ice swimming extravaganza in Salford where over 200 people are going to participate in the Big Chill Swim – Salford, but also Suzie Dods has started receiving entries for her 10°C 24-hour non-stop relay in Aquatic Park in San Francisco, California. The confidence to participate in these events comes from both within and because there is a camaraderie online between open water swimmers. “If he can do it, so can it,” so the mindset goes. “If she is entering the swim, so am I.”

This incredibly powerful mindset and sense of being able to achieve something is also true throughout the open water swimming world, from the channel swimming community to among young swimmers or newbies who are doing their first sea swim.

As swimmers head beyond the shoreline, there is clearly a rejection of constraints buoyed by the confidence of and among others.