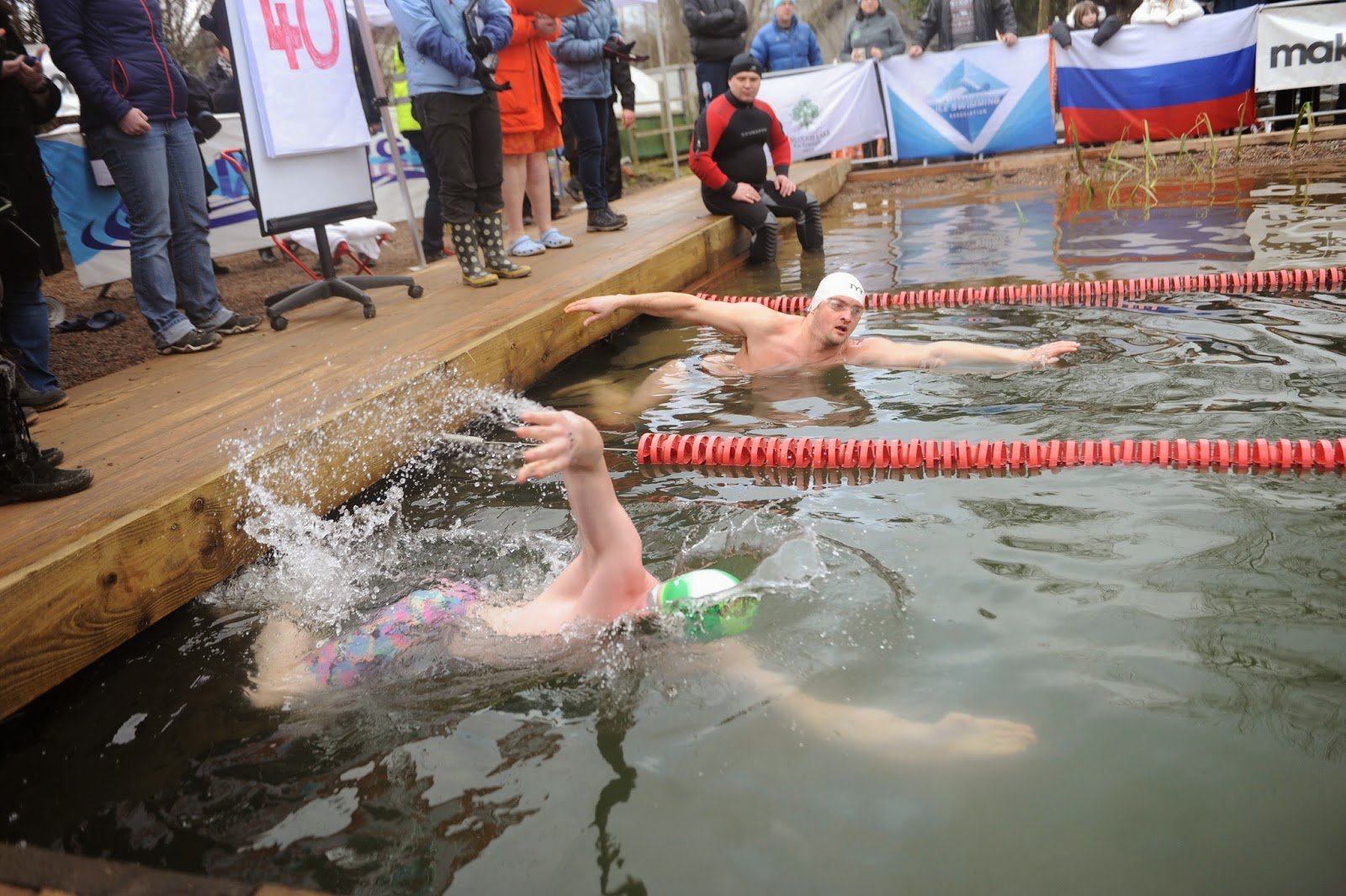 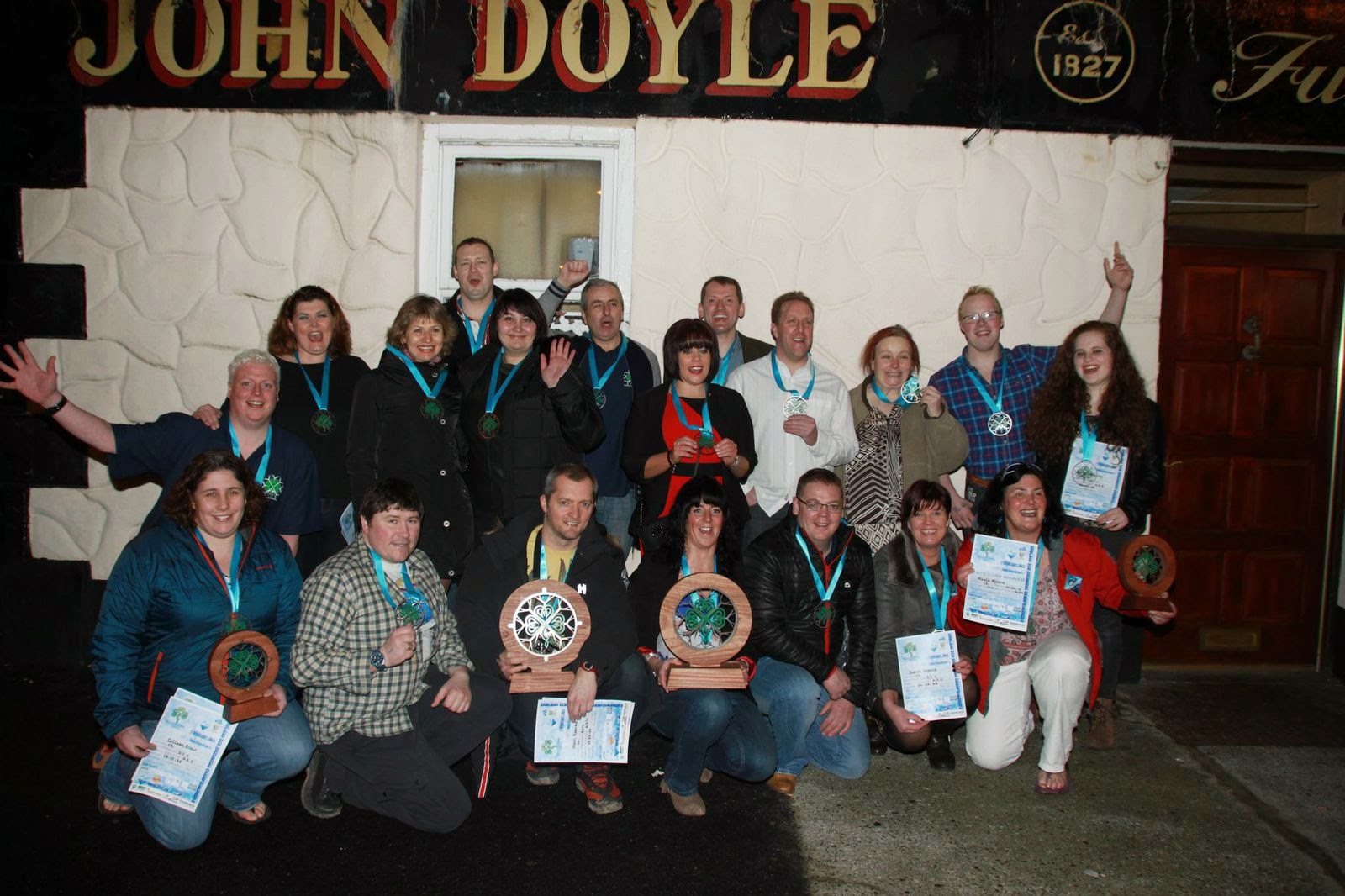 Last summer, Pádraig Mallon was asked by a few swimmers if they could they attempt and complete an ice mile. As with anyone who can step out of the ordinary and challenge themselves, Mallon answered, “Of course.”

“Early November on a cold winter’s day in Carlingford, 46 people swam the set distance and slowly and painfully recovered as they had been taught,” recalls Mallon. “Their homework included cold showers, cold water dips, and distance work in the swimming pool. After 4 months of training, they were ready to face their target: 1,000 meters at below 5°C.

As the swimmers took to their task of training, so too did the CLWF volunteers. They handled the insurance, boat coverage, volunteer roles and official responsibilities, training, building a sauna, sponsorship, catering to all participants. Their collective goal was to be experienced on January 7th 2015.”

But like everything in the open water world, the swimmers and CLWF crew knew to expect the unexpected. “The week before the event would bring a little bit of not-so-good news,” describes Mallong. “Camlough Lake in the cold weather had frozen over. The events needed Plan B and so the Conroy pond came up.

Months previously after a swim in Lenanne Co. Galway, I met up with Ian and Paula Conroy. They told him of their pond where they wanted to develop into a swim centre for Paula and her girls Olive and Molly Conroy to coach. Creating an open water venue would be a brilliant opportunity for their local area and open water swimming.”

The potential disaster was averted and situation was fortunately resolved.

A 25-meter 2-lane venue was designed and built. Upon Mallon’s visit, the water temperature was 2.1°C. “With facilities that could be arranged to accommodate the competitors the Conroy Pool was a dream come true. Ian and Paula’s mindset of making it all happen was the key in its success.”

With the decision made, the Conroy Pool become the site of the Irish Ice Mile. Initially there was a chilly response from the competitors because they had expected to swim in Camlough Lake where their training had taken place. “But their minds were swayed when they saw the fabulous venue ‘Wild Water Armagh’ that became the new home of the Ireland Ice Swimming Championships,” remembers Mallon.

From 7 am on race morning, competitors started to arrive and register. The first swim started at 9 am. “Water temperatures were confirmed using the average of three thermometers at 3.1°C with the air temperature at 6.2°C.

The event itself was a safe, carnival-type atmosphere focused on the swimmer with many supporters turning up to cheer them along. The crews did their job of support and the CLWF team of volunteers was out in force in order to ensure the event ran to the high standards set by the International Ice Swimming Association.”

The International Ice Swimming Association is in the process of confirming the world records and new age category records. “In due course, the initial assessment shows there are 2 new world records and 6 age group records set. Not bad for a wee day out,” commented Mallon. “I am so proud of the success of all the trainee ice swimmers; they truly are proof that the Ireland ice swim training programme was intense, demanding, cold, and fun does work.”