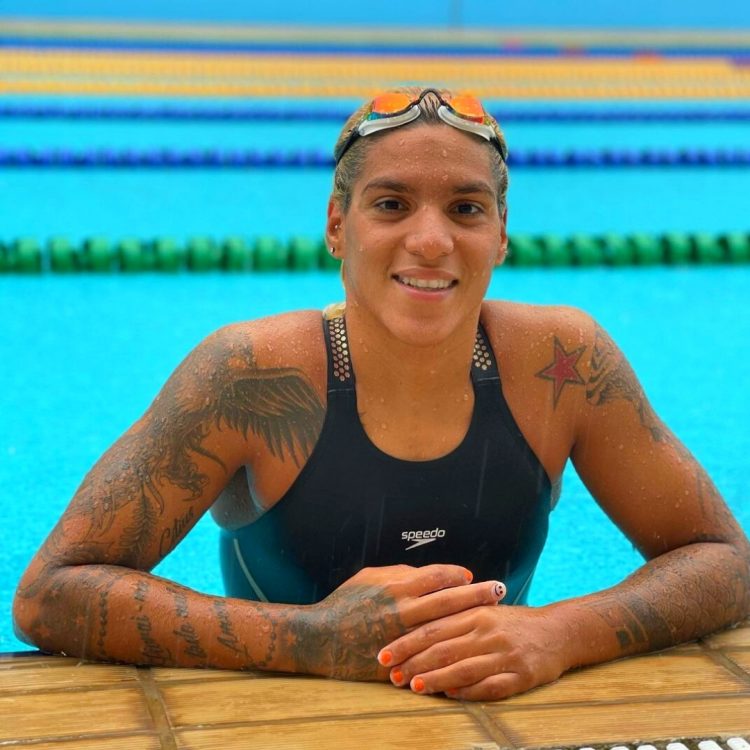 Since first busting out on the international scene in 2006 as a 14-year-old, Ana Marcela Jesus Soares da Cunha has constantly maintained her success and passion for swimming. She has won world titles in 2011 (25 km), 2015 (25 km), 2017 (25 km), and 2019 (5 km and 25 km) while being named FINA's top open water swimmer 6 times. In 2020, she moved to Portugal as part of Brazil's Mission Europe program that enabled her to continue training and competing.

She competed in the French Open Water Championships (3rd in 10 km, 1st in 5 km), the 36 km Maratona del Golfo Capri-Napoli (2nd), and the only FINA/CNSG Marathon Swim World Series event (2nd). Upon her return home to Brazil, she won the 10 km Madeira Island Ultra Swim and the 10 km Super Challenge at the Rei e Rainha do Mar. For always competing against and being competitive with the world's best elite racers, for coming back from having her spleen removed in 2016, and for her constant smile and affable spirit in racing around the world, Ana Marcela Cunha of Brazil is a worthy nominee for the 2020 World Open Water Swimming Woman of the Year.