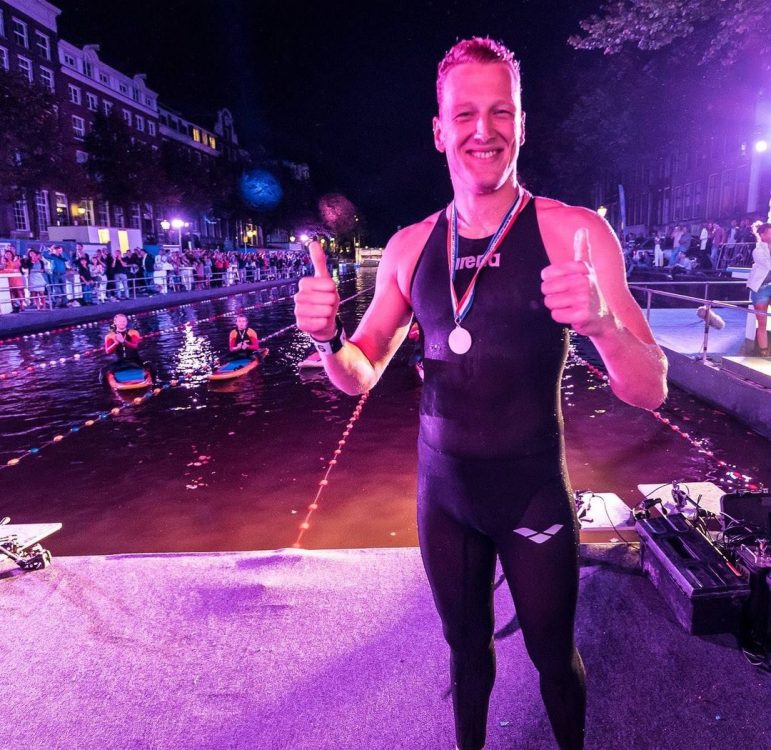 Ferry Weertman defended his 2016 Olympic 10K Marathon Swimming gold medal with a dramatic, close victory at the 2017 FINA World Championships in Hungary. His success continued in 2018 and is powered by an intensity and laid-back passion that is unmistakable in the 26-year-old Dutchman. He has both speed and stamina in abundance based on a massive amount of fast training mileage in the pool and open water. He not only has the drive to realize his athletic dreams, but he also has the personality to represent the sport in a responsible manner befitting modern-day heroes. With a giant target on his back, Weertman won a wide variety of races from the RCP Tiburon Mile in San Francisco to the FINA/HOSA Marathon Swim World Series race in Qatar. He was in the lead pack in races in Seychelles, Portugal, Hungary, and China and is ranked first in the 2018 FINA/HOSA Marathon Swim World Series. For his competitive spirit and composure under pressure in the highest levels of competition, for winning the 10 km marathon swim and the 5 km mixed team relay at the LEN European Championships in Scotland's Loch Lomond, for his genuinely engaging personality in casually addressing questions from the media and fans.