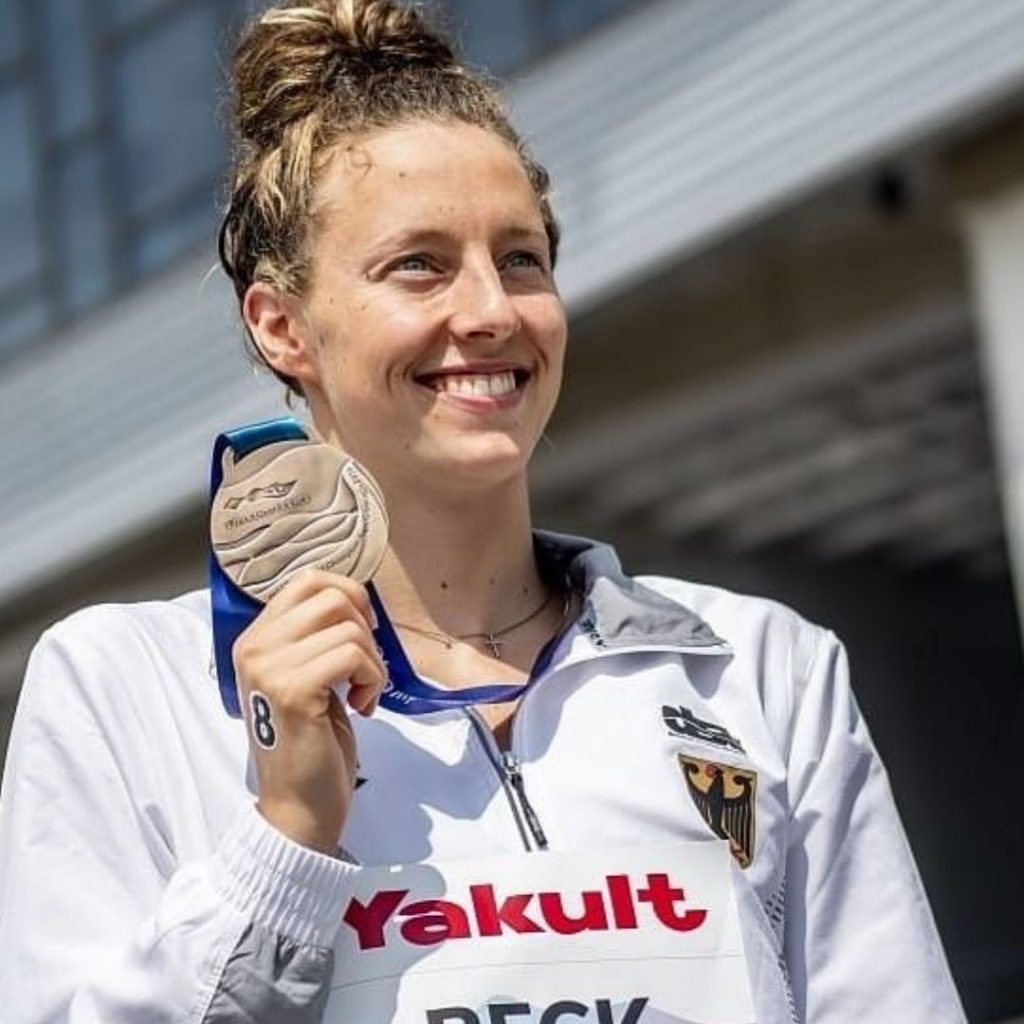 Coming off of her Tokyo Olympic qualification swim, Leonie Beck upset her competitors including world and Olympic champions in the only FINA-sanctioned 10 km race in 2020.

At the only FINA/CNSG Marathon Swim World Series event in 2020, Leonie Beck upset a field of world champions, Olympic medalists and the crème de la crème at the highest echelon of competitive open water swimming.