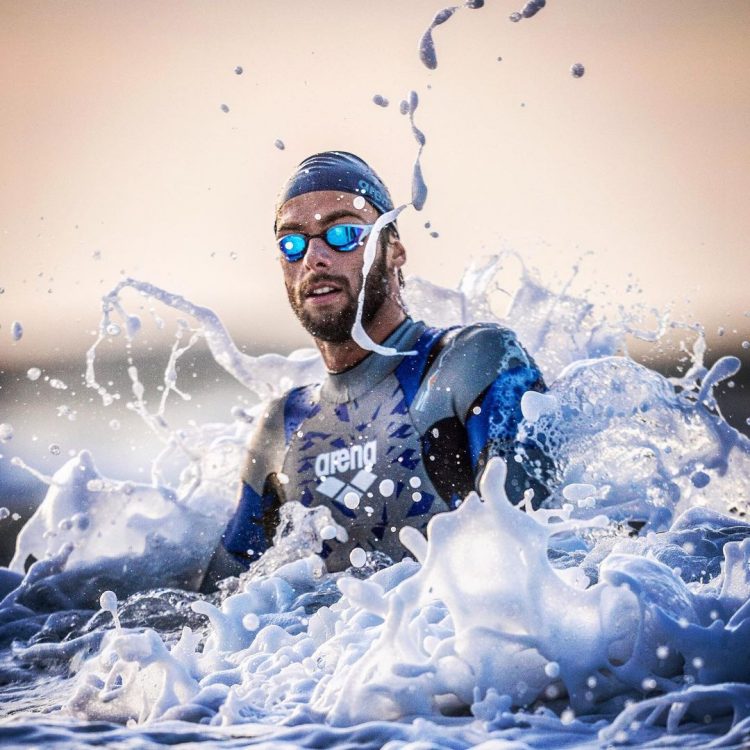 As reigning Olympic pool swimming champions, only Grant Hackett and Oussama Mellouli have attempted to add marathon swimming to their Olympic goals. But 2016 Rio Olympic gold medalist Gregorio Paltrinieri is proving himself capable of exceeding Hackett's goals and setting himself up to achieve the exceedingly difficult Mellouli Double - winning Olympic medals in both pool swimming and marathon swims in one Olympic Games. But with great implications for the future for swimmers of all levels, Paltrinieri is getting faster in both the pool and in the open water at the same time, a feat previously thought impossible by pool coaches. For breaking the 1500m freestyle European and Italian national records, clocking 14:33:10 at the 2020 Sette Colli Trophy in Italy in the second fastest 1500m in history in a year of training cut short by the pandemic, for qualifying and simultaneously training and preparing for the Olympic 10K Marathon Swim, 800m and 1500m freestyle pool events at the Tokyo Olympics, and for being open, realistic, and positive about his chances and dreams for achieving the Mellouli Double in Tokyo.

City and Country Of Residence
Italy