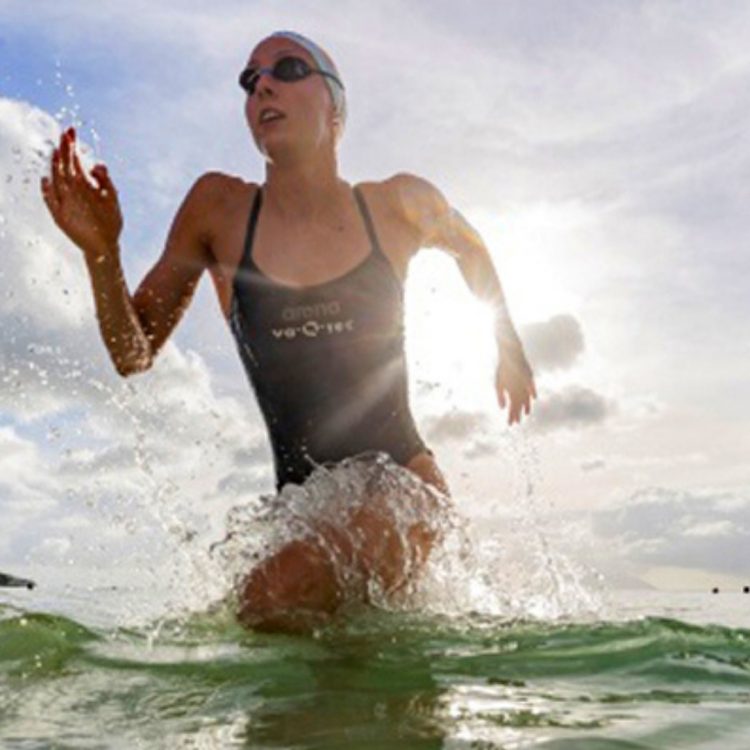 Leonie Beck realized her dream, making it to the Tokyo Olympic Games in the 10 km marathon swim. Her hard work paid off as she finished in the Top 10 at the 2019 FINA World Championships. But punching her ticket to the Olympics would soon turn into an unexpected two-year wait when the COVID-19 pandemic delayed everything a year. But the delay appears to be working in the 23-year-old’s favor. In February, at the only FINA/CNSG Marathon Swim World Series event in Doha, Qatar, Beck upset a whole slew of world champions, Olympic medalists and the crème de la crème at the highest echelon of competitive open water swimming. For winning in 1 hour 56 minutes by 0.2 seconds over Olympic champion Sharon van Rouwendaal and 2019 FINA Best Open Water Swimmer Ana Marcela Cunha, for surprising herself with a victory over 53 competitors including European champion Arianna Bridi, Olympic silver medalist Haley Anderson, and 2019 FINA/CNSG Marathon Swim World Series champion Rachele Bruni, and for establishing herself as a dark horse Olympic 10K Marathon Swim medalist for Tokyo Olympic Games, Leonie Beck of Germany is a worthy nominee for the 2020 World Open Water Swimming Performance of the Year.