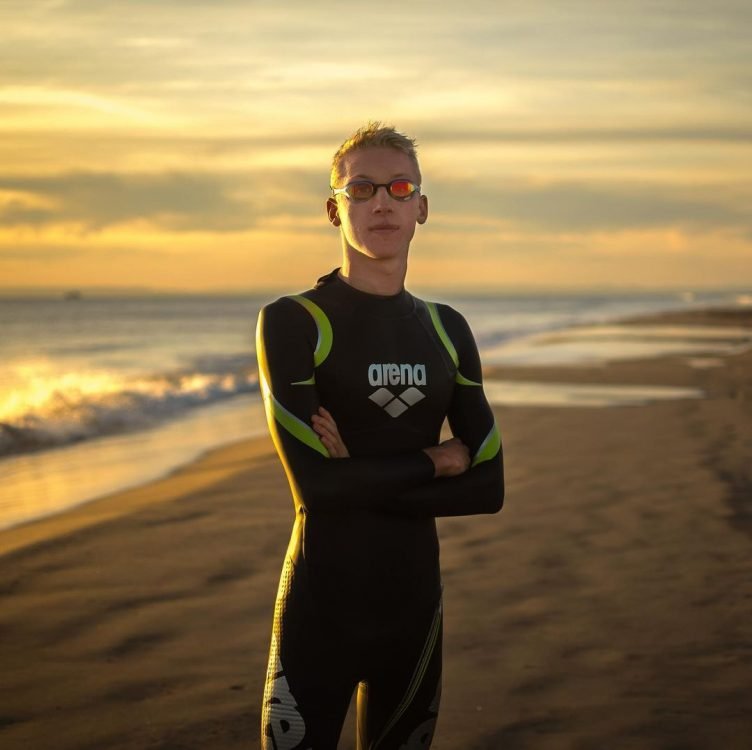 Marc-Antoine Olivier had the best overall performance among the male open water swimmers at the 2017 FINA World Swimming Championships. The 21-year-old Frenchman kicked off his campaign in Lake Balaton in Hungary with a gold medal performance in the 5 km race, then backed it up with a bronze medal in the 10 km race, finishing only 0.7 seconds behind Olympic gold medalist Ferry Weertman. Then he culminated his week with a blazing fast anchor leg on France’s gold medal winning 5 km team race. His 12:08.7 leg over the 1.25 km course was the fastest split of the relay that France needed to hold off the Americans and Italians. For rising to the occasion among the world’s fastest open water swimmers, for being consistently competitive and medaling in all three of his races with 2 gold and 1 bronze, for continuing podium performances after winning a bronze medal at the 2016 Rio Olympics, Marc-Antoine Olivier’s races at the 2017 FINA World Swimming Championships.

City and Country Of Residence
France