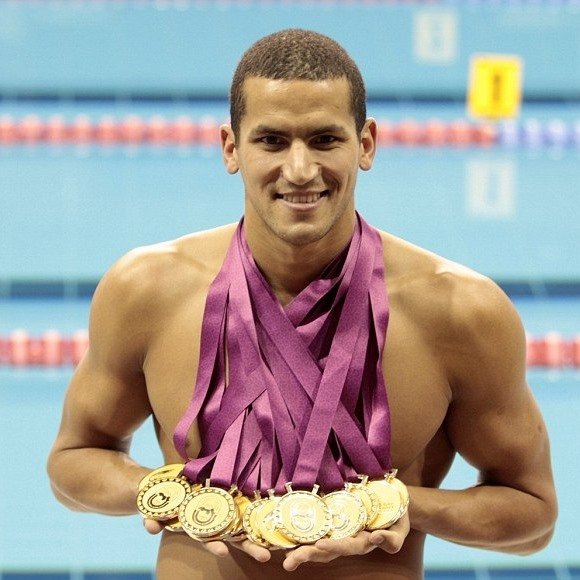 Oussama Mellouli has proven himself to be one of the most versatile, powerful, graceful swimmers in the open water since Johnny Weissmuller in the 1920s. Similar to the famed Tarzan of yesteryear, Mellouli has demonstrated his speed, strength and stamina in both the pool and open water. A gold and bronze medalist in the 1500m in the pool in London and Beijing, the personable multi-lingual Tunisian was even more heroic in the Olympic 10K Marathon Swim in Hyde Park. Mellouli was not afraid to take control of the race in the Serpentine despite his relative inexperience. He had sufficient confident in his training and racing strategy to bolt into the lead at key points during the 10K. And when he accelerated towards the end, there was no one in the world who could keep up. For his impressively fast Olympic 10K marathon performance, for his willingness to step out of his comfort zone in the pool and try open water swimming, for his daily sacrifices that ultimately led to his Olympic medals, Oussama Mellouli is a worthy nominee for the 2012 WOWSA Open Water Swimming Man of the Year.