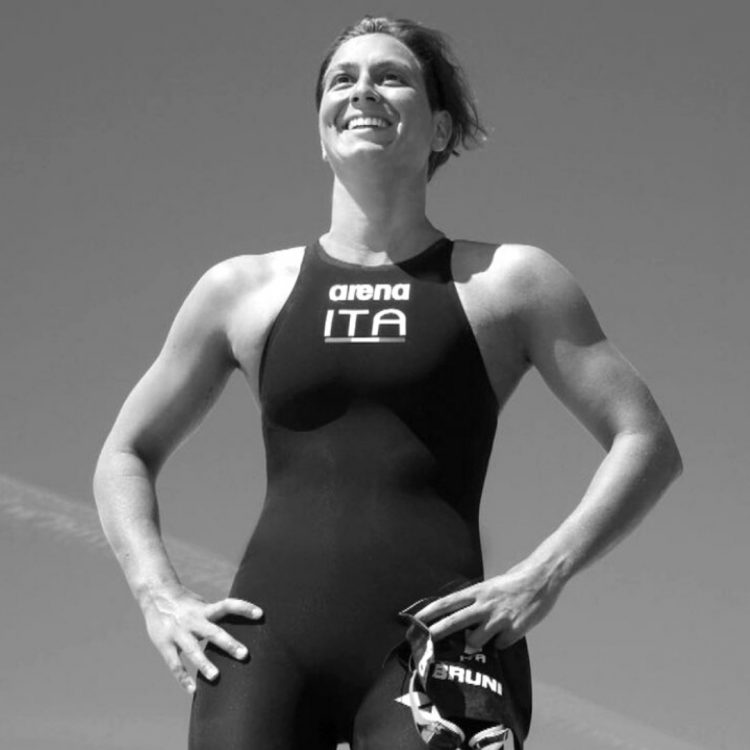 She travels the world, representing Italy on the FINA/CNSG Marathon Swim World Series, always a threat to win and in the lead pack. Rachele Bruni won her third career 2019 FINA Marathon Swim World Series after topping the global circuit in 2015 and 2016. Her consistency is impressive as she finished 3rd in 2017 and 2nd in 2018. During the 2019 season, she finished 3rd in Doha (Qatar), 4th in Seychelles, 2nd in Setúbal Bay (Portugal), 7th in Balaton (Hungary), 1st in lac St-Jean (Canada), 2nd in lac Mégantic (Canada), 2nd in Ohrid (North Macedonia), 3rd in Nantou (Taiwan), and 4th in Chun'An (China). In Chun'An on the last race of the circuit, she had to finish within 2 places of Ana Marcela Cunha to capture the World Series title. She finished 1.2 seconds behind her Brazilian rival. She also finished a close 3rd in the FINA World Championships 10 km race to qualify for her second Olympic Games, finished 5th in the 5 km race, and led off the Italian mixed 5 km team relay to a silver medal. For maintaining her world-class speed and stamina at the highest echelon of professional marathon swimming for another year, for representing Italy with a competitive spirit on a non-stop international schedule on 5 continents, for expertly positioning and pacing, surging and sprinting among the world's best open water swimmers, Rachele Bruni is a worthy nominee for the 2019 World Open Water Swimming Woman of the Year.