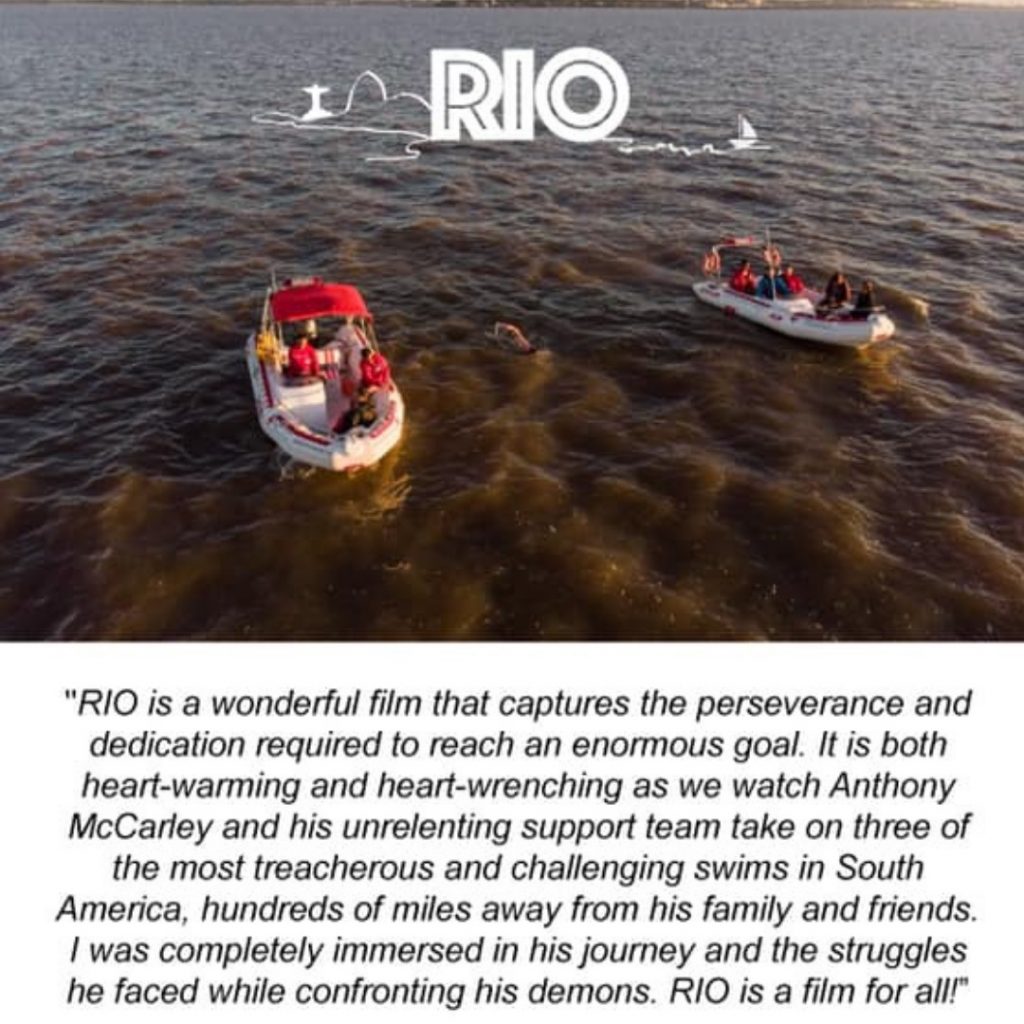 Lucas Rivet produced a sensational hit with his 33-minute documentary film Rio. Cameras above, below and on escort boats capture Anthony McCarley at his strongest and at his most vulnerable during the 36 km Travessia do Leme ao Pontal and the 39.7 km crossing attempt of Río de la Plata between Argentina and Uruguay.

For its inspirational message that comes from the heart of a modern-day hero, for its camerawork that fills the screen with immensely powerful images, and for showcasing the strength of a humble adventurer