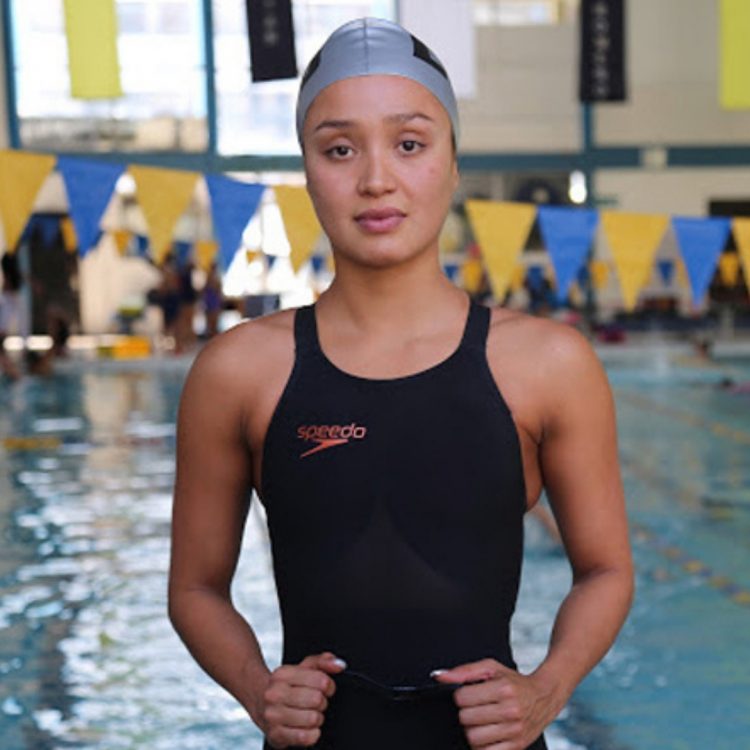 Samantha Arévalo lined up in Copacabana Beach against the veterans from powerhouse open water swimming nations like the Netherlands, Italy, Brazil, USA, Germany Russia, Australia and Great Britain. The 22-year-old from Ecuador trains at 2,400 meters (7,874 feet) altitude in Cuenca, high up in the Andes Mountain, far away from her competitors. But she proved herself at the Olympic 10K Marathon Swim at the Rio Olympics when she came down to sea level, placing ninth overall. Like her male teammates of Team Ecuador at the highest echelon of 10 km marathon swimming, Arévalo is fast enough, savvy enough and confident enough to compete with the world's best. For representing her country of 15.2 million people very well on the Olympic stage, for being competitive enough to place within 36 seconds of an Olympic medal in a nearly 2-hour race, for being an eloquent, soft-spoken ambassador of the sport in a country not normally seen as a swimming hotbed, Samantha Arévalo Salinas is a worthy nominee for the 2016 World Open Water Swimming Woman of the Year.