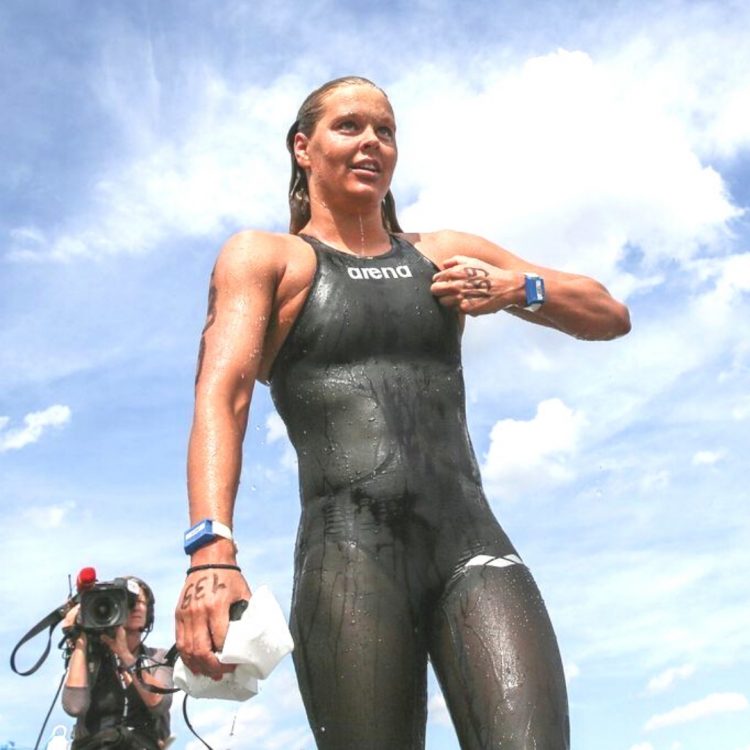 Sharon van Rouwendaal is a Dutch star in both the pool and open water who had four incredible performances at the 2018 LEN European Championships held in Scotland's Loch Lomond. After winning medals in both the pool and open water in the European Championships, world championships and Olympics, the 25-year-old has won major international races like the 10 km race in Qatar on the FINA/HOSA Marathon Swim World Series and at the Championnats de France de Natation en Eau Libre in France. On the first day of European Championships, she dominated the 5 km race. On the second day, she won the 10 km race. On the third day of competition, she was part of the winning Dutch 5 km mixed team relay. On the final day after a punishing 25 km, only Arianna Bridi stood between her and a clean sweep of the four open water events - by the slimmest of margins: 0.1 seconds. For continuing her victorious ways after her 2016 Rio Olympics gold medal against all comers, for her #2 ranking on the FINA/HOSA Marathon Swim World Series with one race to go after competing in the Seychelles, Portugal, Hungary and China, for representing her country well and speaking eloquently about her sport, Sharon van Rouwendaal of the Netherlands is a worthy nominee for the 2018 World Open Water Swimming Woman of the Year.

City and Country Of Residence
France