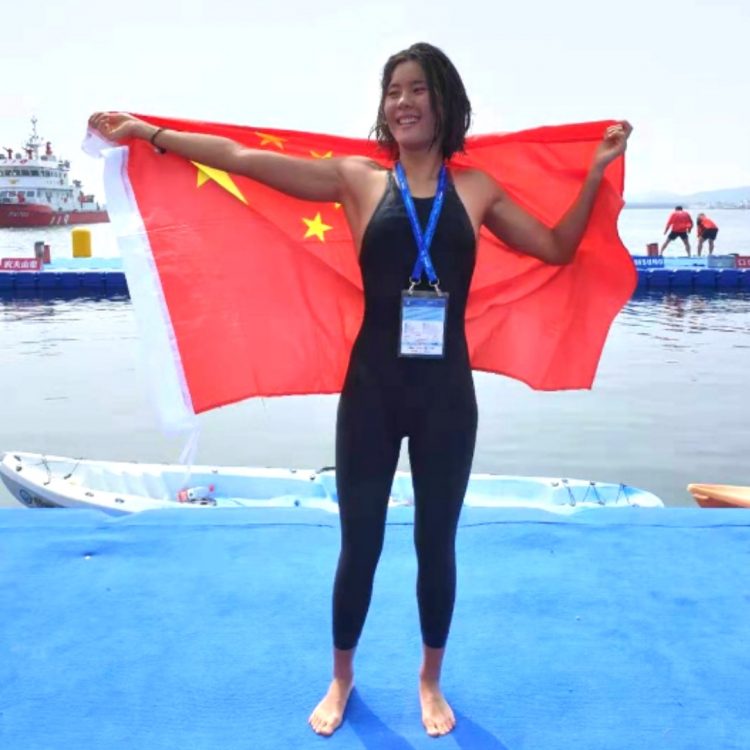 Xin Xin pulled off the greatest upset of 2019 when she qualified first for the 2020 Tokyo Olympic Games marathon swim in winning the FINA World Championship 10 km race in South Korea over several more experienced and highly favored athletes. Battling back from 50th place in the early stages of the race and ending with a fast sprint finish that even surprised her, Xin became the first Chinese swimmer to win in the open water at the FINA World Championships. Xin started off as a distance freestyler in the pool, qualifying for the 2012 Olympics as a 15-year-old in the 800m race, but by 2016, she raised her profile with a 4th place finish at the 2016 Rio Olympics marathon swim. With a goal just to qualify, the 22-year-old stood on top of the podium and became an inspiration to millions of Chinese open water swimmers. For making her dream of winning a gold medal come true earlier than expected to become a Chinese role model in the sport, for starting off so far behind and finishing on top in the most pressure-packed race of 2019, and for enjoying the excitement and unpredictability of open water racing with an overwhelming sense of enthusiasm.