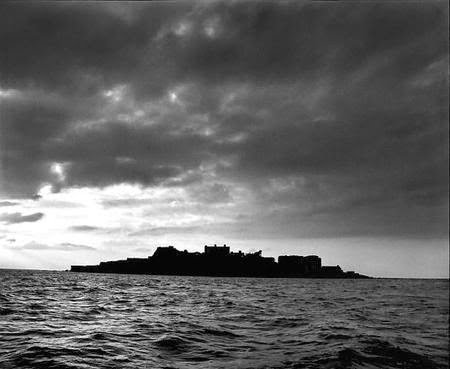 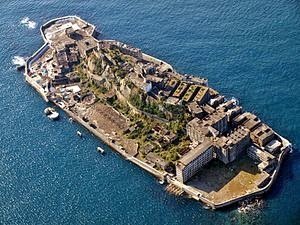 During our aquatic travels around the world, we have occasionally hired a local mariner to boat us over to an uninhabited offshore island and played Robinson Crusoe for a few hours.

We usually spent as long swimming in the water around the uninhabited islands as we did walking around and exploring its land mass.

Because of the harsh weather, it is estimated that landing by ferries or boats would only be feasible for fewer than 160 days per year – which just for this fact, makes it an interesting destination and target for open water swimming plans. Located 15 km from Nagasaki in southern Japan, it is one among 505 uninhabited islands in Nagasaki Prefecture.

The island was populated from 1887 to 1974 as a coal mining facility. The island’s most notable features are the abandoned and undisturbed concrete apartment buildings and the surrounding sea wall. The large Japanese conglomerate Mitsubishi bought the island in 1890 and began to extract coal from undersea mines. But in the 1960s, coal mines began shutting down and Mitsubishi announced the closing of the mine in 1974.

Today, the island stands empty and bare – and an object of media and historical interest.