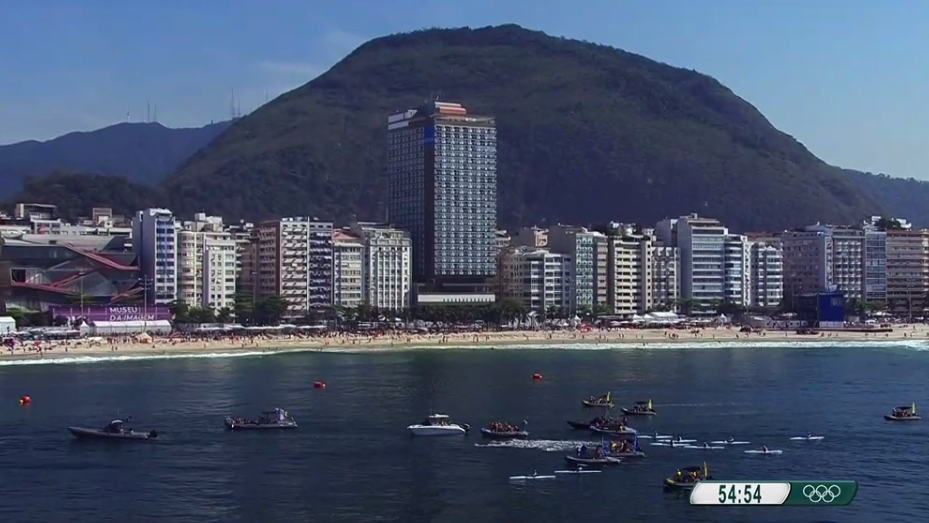 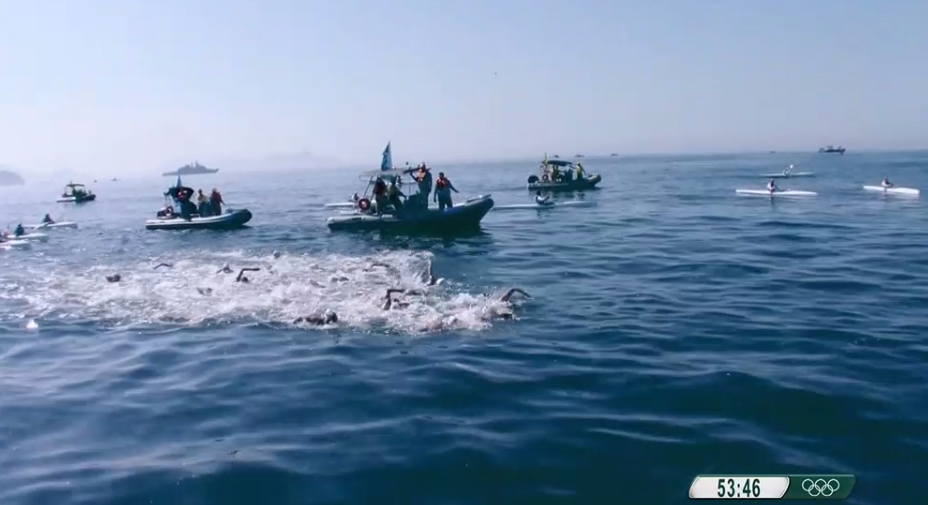 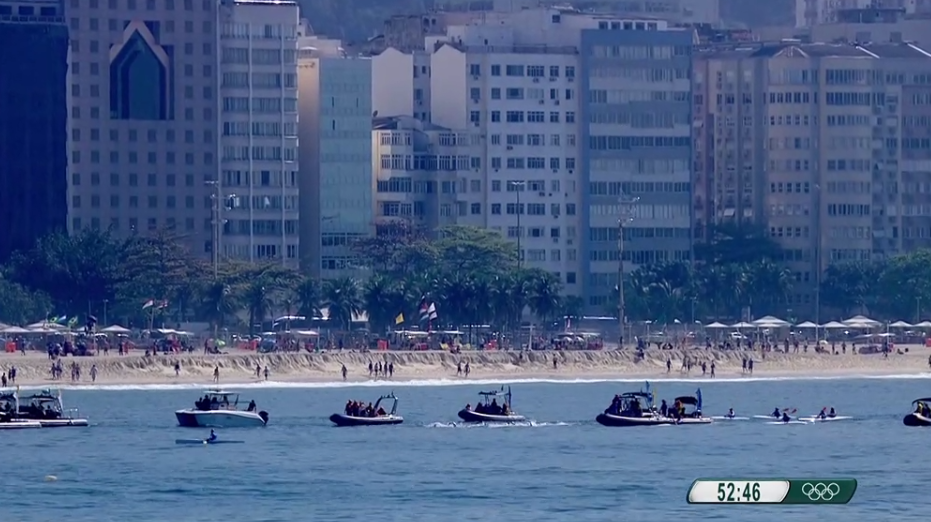 After a week of large surf and rough water conditions, the water really laid down on Copacabana Beach for fairly tranquil conditions during the women’s Olympic 10K Marathon Swim. There still remains some gentle ocean swells, but nothing to worry any of the 26 marathon swimmers during the 10 km final.

Just after the halfway mark, training teammates Aurélie Muller of France and Sharon Van Rouwendaal of the Netherlands have forged themselves towards the front as the pace has increased. Also, Hungarian teammates Anna Olasz and Éva Risztov are immediately at their heels. 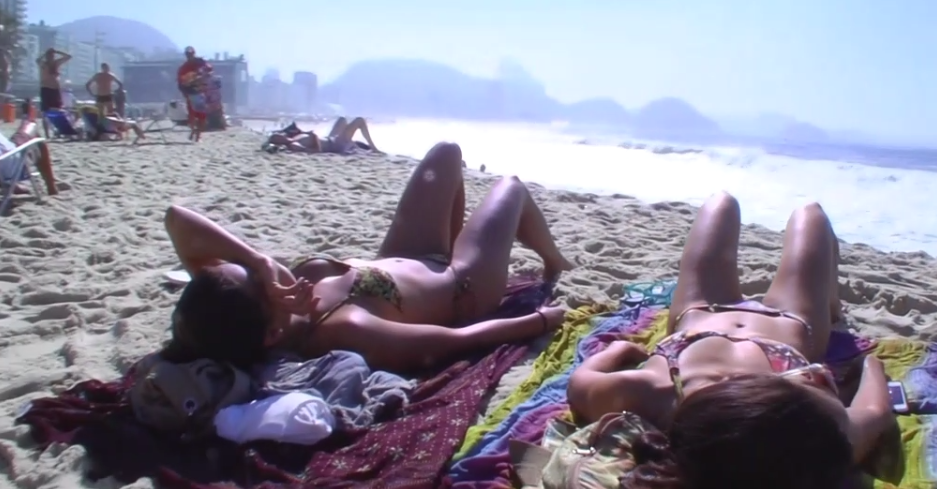