Cor de Bruin Passes After A Lifetime Of Service 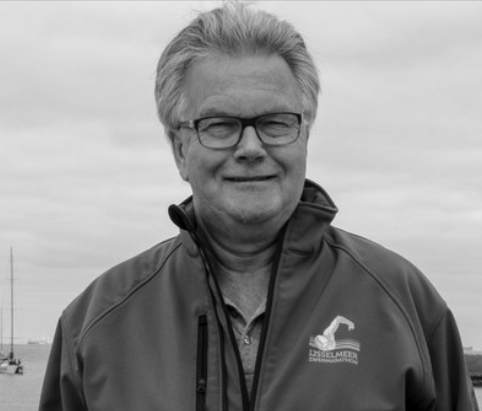 Cor de Bruin Passes After A Lifetime Of Service

Before he passed away earlier today in his native Netherlands, Cor de Bruin helped organize 25 of the last 50 races across the IJsselmeer.

Richard Broer tells of his work, “Cor was one of the pillars for the continuity of organizing the IJseelmeerzwemmarathon.

Cor passed away as a result of a very brief bout with acute leukemia. With his untimely passing the marathon swimming community in the Netherlands is deeply saddened and has endured a major blow.

Cor played a key role in the organization of marathon swimming since the late 1990’s in the Netherlands as the event secretary of the IJsselmeer Swim Marathon, 22 km from Stavoren to Medemblik. For the last 10 years, the event served as the Dutch National Championships as well. This designation resulted in extra responsibilities and a workload that Cor took very seriously and with good humor. The growth in the number of participants over the last 10 years increased from 8 to 25. He always did his utmost to help coordinate so late qualifiers could compete in the race.”

In a tip of the hat to de Bruin’s enduring legacy and deep passion for the sport, the IJseelmeerzwemmarathon was selected earlier this year for induction in the International Marathon Swimming Hall of Fame ceremonies held in New York in May 2020.