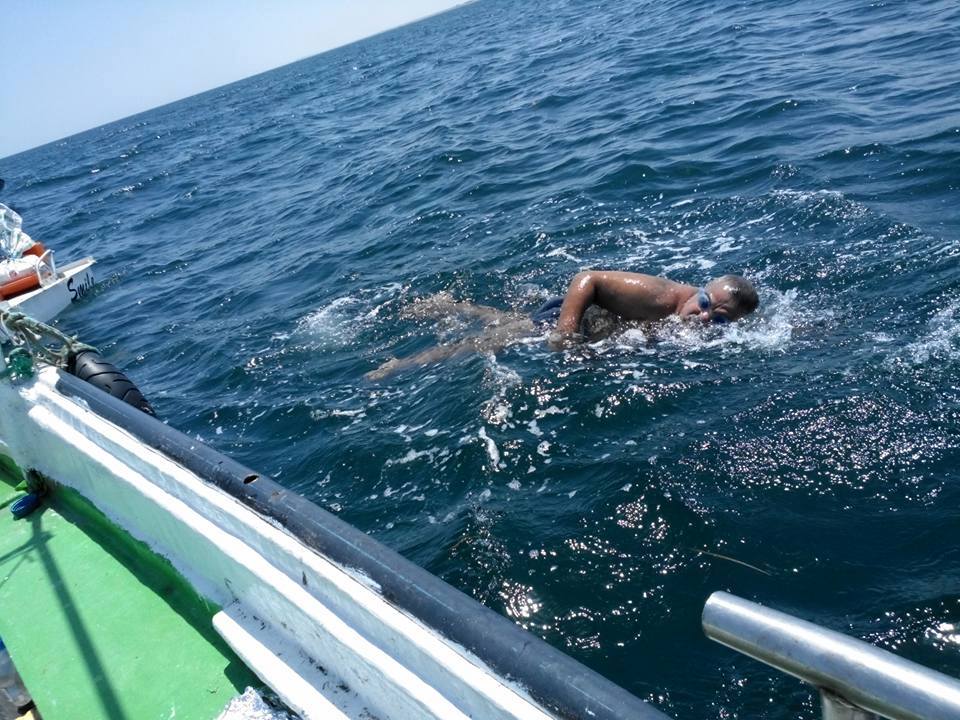 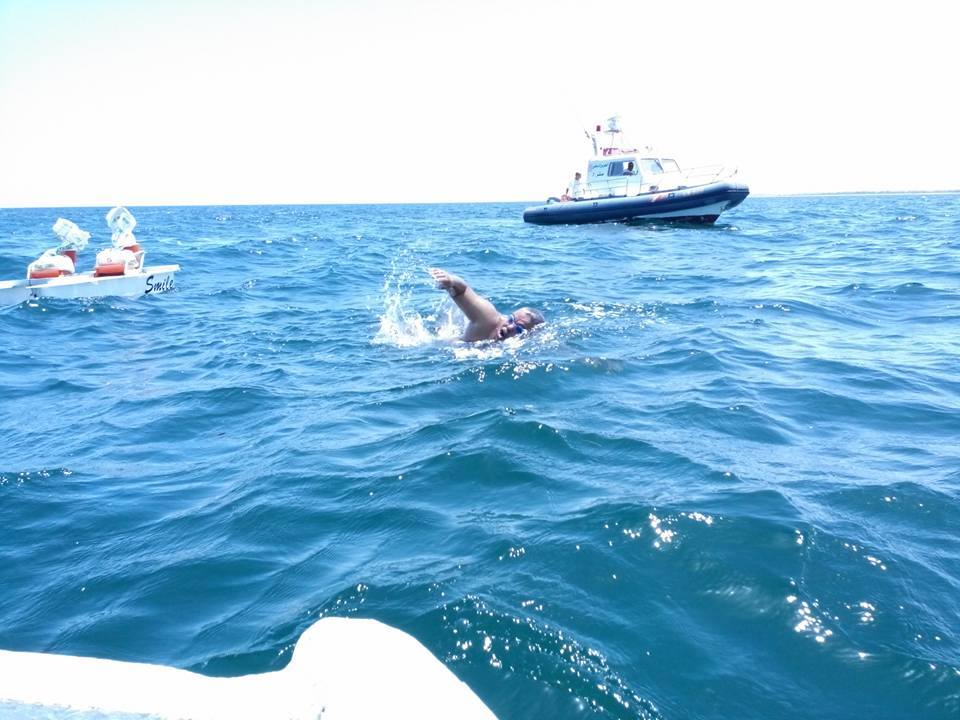 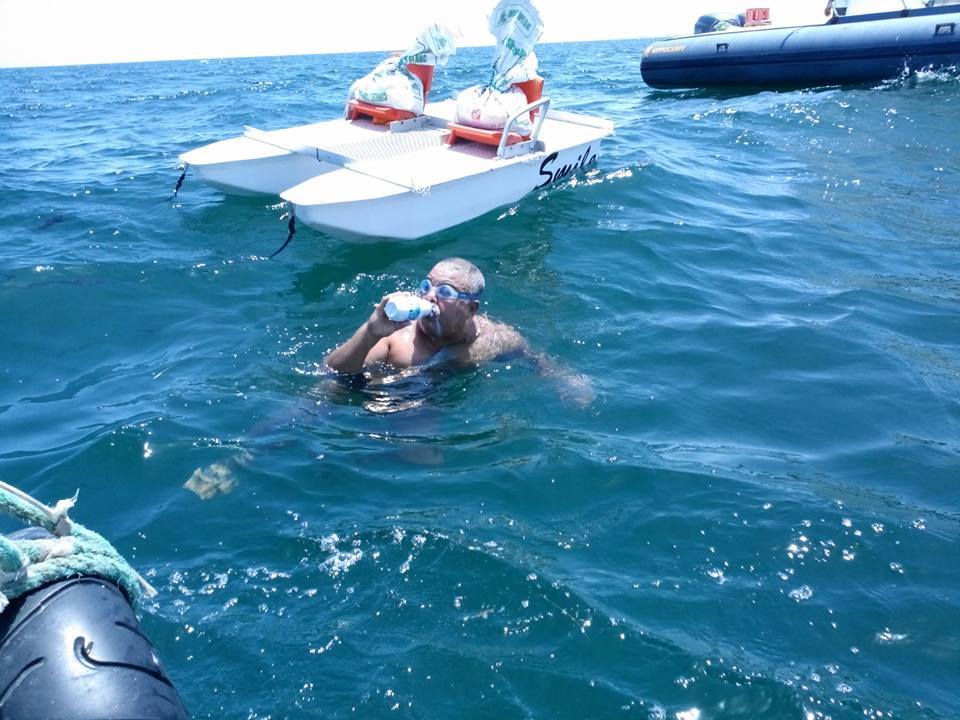 Nejib Belhedi completed another one even of his World Iron Swim series in the Gulf of Gabès in eastern Tunisia on July 31st.

In the Gulf of Gabès, Belhedi started and finished at Limaoua Hamrouni Beach, a total of 21 km with a loop where he swam 11 km to Limaya Beach at the Al Zarat Port. The out-and-back swim took him 6 hours 30 minutes under the direction of escort pilot Mootaz Talmoudi and observer Houssem Sallami.

“During the first phase of World Iron Swim, the sea was relatively rough, but there was a strong swell Force 3-4 moving counter against the current of tide,” explained Belhedi. “The swell was clearly dominant over the current of the tide. I swam strong, breathed deeply and moved smoothly with the swells. Both the escort boat and the accompanying Coast Guard boat help protect me against the swells during for first four hours toward Djerba Island until I reached the turnaround point located in the Gulf Of Gabès.

During this stage from my departure point to the turnaround point, I had to overcome the challenge of this first phase in order to succeed because I knew that during the second phase back to the finish, I would have the beneficial force of the changed tide and can ride a strong swell in that were to my advantage. This strategy is what we were prepared for.”

The national television broadcast of the World Iron Swim by Tunisia’s Al Wataniya 1 TV talked about Iron Swimming and how it can be translated into Arabic. Indeed, Al Wataniya identified the correct meaning by stating ‘Essibaha Ethakila‘ that can be translated as ‘heavy swimming’. It was great to hear Wataniya 1 TV’s broadcast a definition of my challenge using such a beautiful Arabic word that had never been heard before by the people of Tunisia.

The Gulf of Gabès has a very sensitive ecosystem that requires maximum care and protection. There is much awareness of the important role of the Gulf of Gabès as the home of marine life and fish nurseries that is supported by its tidal flows and biodiversity flora. Additionally, the region of Gabès has 80 km of virgin beaches that stretch to Djerba Island where tourists can discover a wonderful coastal oasis, unique in the Mediterranean Sea.

The maximum time limit for the 21 km is 6 hours 30 minutes as they swim and pull a weight of 120 kg. But there will be free accommodations and free ground transportation during the one week in Tunisia