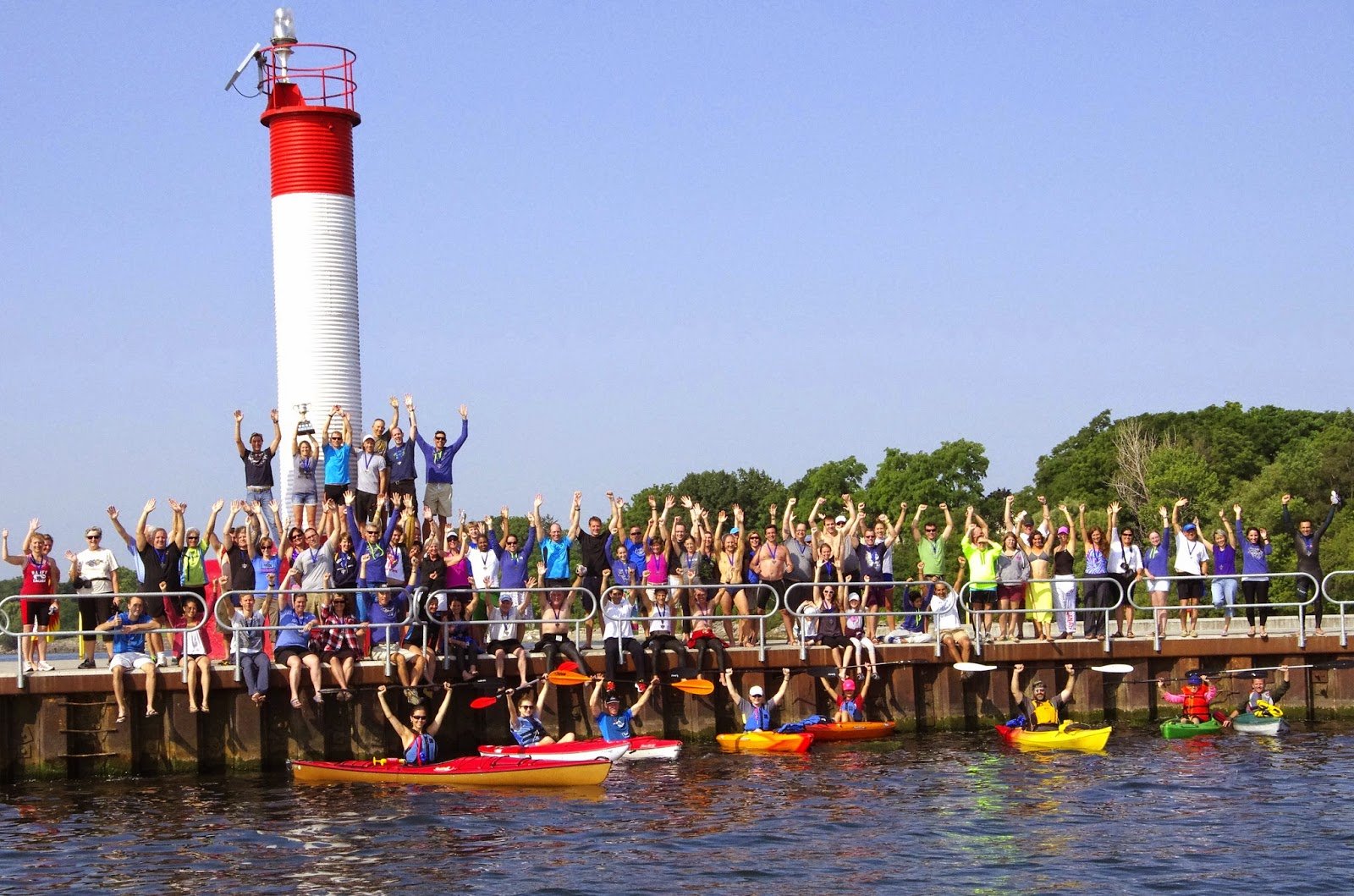 Kent was a former national level Canadian pool swimmer who became sick of swimming. But he got back into endurance sports via triathlons in his adulthood and has transformed his passion into a number of open water swimming initiatives in his native Canada. “I got into running marathons after I retired from swimming. I fell into triathlons that gradually got me back in the water. In 2006, I took the plunge and attempted swimming the English Channel. I didn’t quite make it across, but the circle was now complete and after 17 years I was a swimmer again. I now much prefer open water swimming and like to say that open water swimming is to pool swimming, what trail running is to treadmill running.” The COWSS races include the following events: