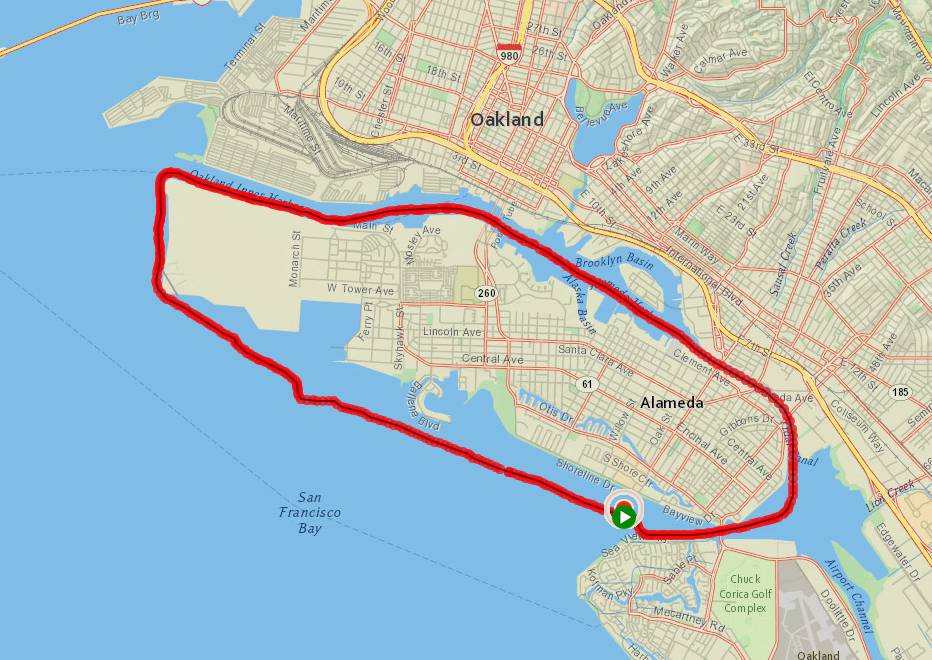 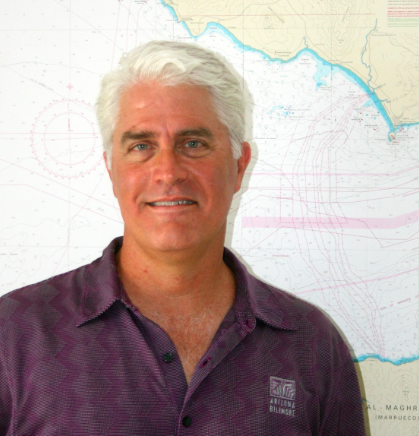 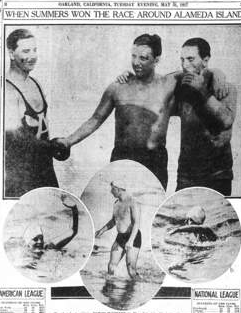 After working with the Marathon Swimmers Federation and detailed planning with local swimmers for two years, he continued to train with the South End Rowing Club in Aquatic Park and MEMO pool swimming team in Oakland. Coombs set his sights on breaking the existing 14.6-mile course record of 7 hours 38 minutes 39.5 seconds around the island set on August 19th 1951 by 47-year-old Al Kallunki on his third attempt.

Together with his swim buddies, Coombs swam every portion of the Alameda Island at least twice. Before the swim, he told the local newspaper Alameda Sun, “It’s a complicated and demanding swim. To be successful, one must swim only during certain phases of the moon and accommodate two tide changes. You must be done before the afternoon winds kick up. This swim is a real joy, though, because every mile has interesting and beautiful views of our island.”

His escort team included escort pilot Steve Waterloo, crew member John Zenner, Marathon Swimmers Federation observer Ranie Pearce and manager Danielle Ruymaker. They had to navigate Coombs around a 15.8-mile course, longer that what existed in 1927 and 1951 due to landfills that subsequently lengthened the island.

His finish set the record in 7 hours 12 minutes on September 9th.

Lower photo above shows Bryon Summers (left), Jack Summers (center), and trainer Constantine Raptlelis (right) from the Oakland Tribune. Byron won US$1000 in the inaugural 14-mile race around Alameda Island, San Francisco Bay on May 30th 1927. He finished in 7 hours 52 minutes 30 seconds and was among three finishers of the original 30 starters. “Alameda is acclaiming Byron Summers the Flying Fish of the Island City,” the Oakland Tribune reported on May 31st 1927.