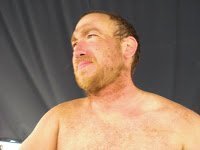 Craig Lenning joined the Triple Crown of Open Water Swimming Club with his 11 hour and 25 minute crossing of the English Channel last week.

His English Channel crossing was completed on August 3rd, 2010 to become one of the few athletes to complete the Triple Crown in less than 12 months.

What a year he had. Craig explained the relative differences between each of the swims.

“Each swim had its own difficulties and challenges. Out of the three swims, the English Channel was the toughest for me. There were a lot of unknowns and looking back, I was really lucky to swim when I did.”

“There were a lot of factors that had bearing on the swim; two of the most important is weather and tide. In hindsight, the tide schedule has a tremendous impact on the length of the swim. During one point at the end of the swim, I had to pick up my pace to catch the tide, rather than swim an extra hour. Luckily, the weather was clear and there was very little wind.”

“Another factor was the international travel. Having to deal with jet lag, the unpredictability of the start time, and having to bring equipment with me also added to the challenge.”

“During the middle of the [English Channel] swim I swam through a large portion of jellyfish that were just below the surface. Unfortunately, one of them stung me across the face and chest.”

“Finally, this was the last swim in a long season. This season I have swam three big races in a short amount of time. Overall, I still had a great time. The water on the English side was nice, clear, and cool. As I swam, there was a low sunrise that turned the sky a rose color that even had my pilot taking photos. As I got closer to France, the water temperature rose. There was little boat traffic through the shipping lane.”

“The next morning, we had a wonderful breakfast with all of the swimmers who had made it across the English Channel. During the week I met a lot of swimmers from all over the world who are involved with open water swimming. I feel very lucky and honored to meet with other swimmers who were successful.”

The full list of 38 swimmers on the Triple Crown of Open Water Swimming Club is here.