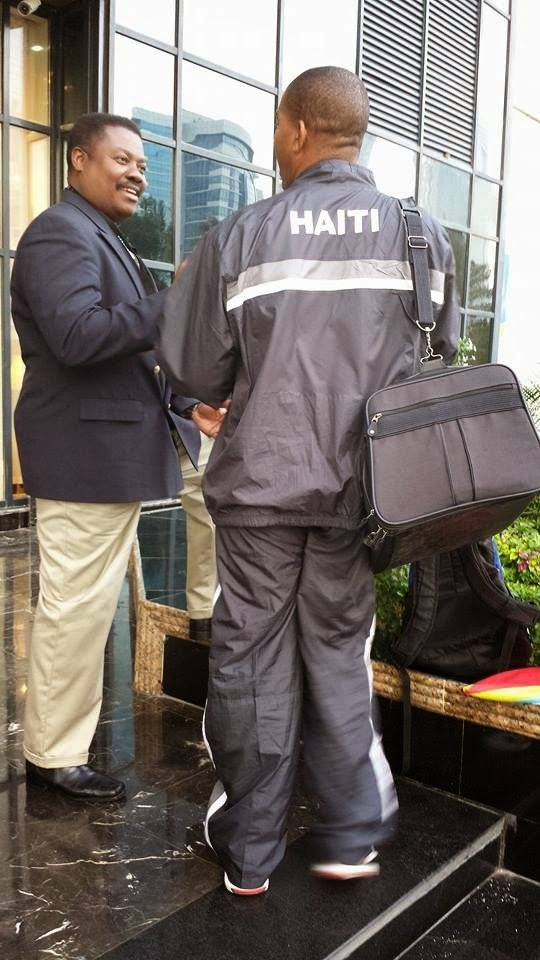 But the big-hearted, personable man from Ville De Petite Rivière De L’Artibonite, Artibonite, Haïti is certainly up to the task.

Especially after dealing with the catastrophic 7.0 magnitude earthquake that struck Haïti in 2010 and killed hundreds of thousands of citizens and destroyed a quarter of a million homes, Dr. Mervilus continues forward with an energy and a passion that is infectious.

“FHSAS intends to promote swimming as the only sport that can save lives,” explains Dr. Mervilus. “Because drowning is one of the leading causes of death in Haiti, FHSAS wants the Haitian people to consider swimming not just as a sport, but as a necessity. Currently, less than 1% of the population knows how to swim.

In the 2010 earthquake, many lives could have been saved if more people knew how to swim
.”

Over the last two years, Dr. Mervilus has been the driving force behind FHSAS being approved as a member of FINA (as its 204th member nation) and the International Life Saving Federation (as its 170th member nation).

Prior to its founding in 1994, leaders in Haiti realized the significance of drowning in the country that is surrounded by 1,771 kilometers of shoreline. FHSAS was established to help save lives and promote swimming throughout Haiti.

“We are developing a fairly ambitious programs under the supervision of experts in swimming and life saving rescue,” explains Dr. Mervilus. “Swimming is considered one of the most comprehensive sports. In addition, swimming can be learned and practiced at any age regardless of the physical conditions of the individual.

At FHSAS, we will make every effort to integrate all emergency operations to save lives or prevent drownings in Haiti. It is abnormal to live on an island and only a few people know how to swim
.”

Not only are lifeguards being trained at Haiti’s beautiful tropical beaches, resort hotels and seaside towns, but Dr. Mervilus also looks forward to escorting future pool and open water swimmers from Haiti to represent his country at international competitions.