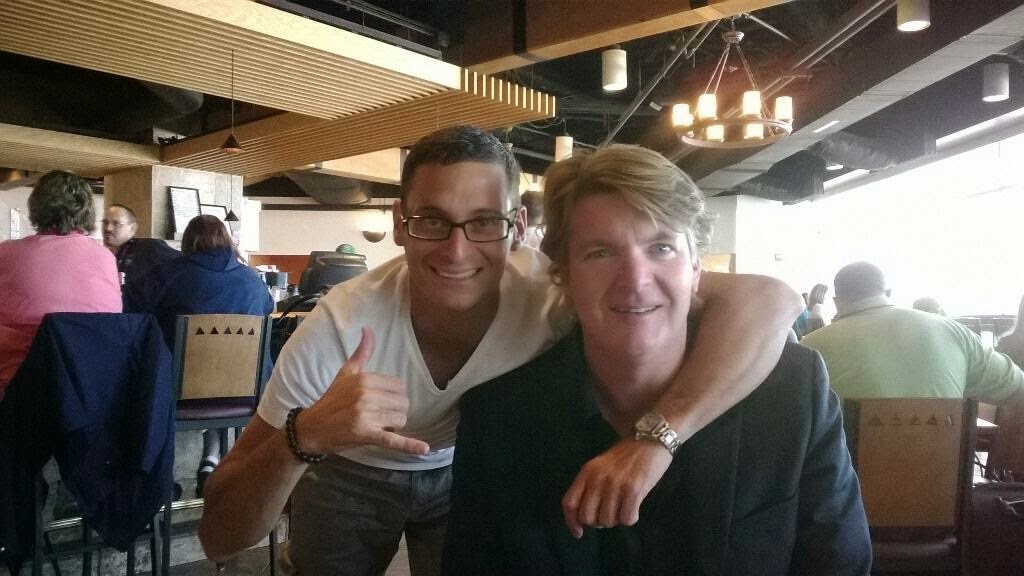 After becoming the first person to swim across Lake Ponchartrain in Louisiana, Matt Moseley will attempt another unprecedented crossing in Puerto Rico.

He will attempt to swim 20 miles from Isla Culebra to Fajardo.

American Jarrett Tishmack completed the first crossing of the 15 km Vieques Channel from Culebra to Vieques in Puerto Rico in 4 hours 33 minutes in 2013, but Moseley’s course is longer and will be conducted Moseley-style. That is, he has environmental and musical twists to his swim (with the aim of raising awareness of the plight of coral reefs). Moseley will be accompanied by live music throughout the swim that will be featured on a podcast by Radio Joe, a popular radio host in Puerto Rico.

Coach Randy Soler [shown above with Moseley] says that Moseley and crew will have to pay attention to dolphins, whales, sharks and jellyfish over the plane 12-hour swim. “The team will arrive in Culebra on May 26th to be ready for swimming from May 27th to 29.”