Crossing For The Alexa Trust 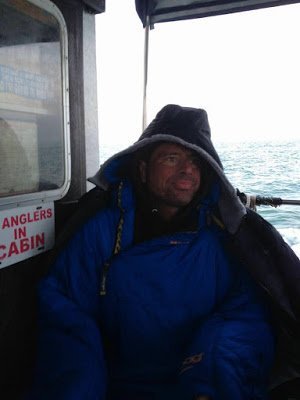 Howard James (née Keech) did the improbable. James accomplished the unprecedented. James opened and closed the books on the English Channel crossing season this year in an historically unparalleled fashion.

On May 16th, James completed the earliest crossing of the English Channel in 13 hours 13 minutes, a record previously held by Kevin Murphy on May 29th. Similarly, on November 3rd, James completed the latest crossing of the English Channel swimming record in water temperature of 14ºC (57.2ºF) during his 11 hour 38 minute crossing from England to France when he broke the record previously held by Michael Read who swam on October 28th 1979.

In both cases (earliest and latest record-setting swims), James was escorted by pilot Andy King with the Channel Swimming Association.

James is organizing an English Channel Relay for 2018 to support a charity established in memory of his young daughter Alexa James who passed away. “We are raising money and awareness for parents who spend time in Neonatal, by releasing a charity single, Express Yourself, available to download [now].”

His pain and process that he and his wife experienced is described here. “Despite our loss, I came back to the song [Express Yourself], and the thought of creating something positive from that terrible time.”

Another charity project of The Alexa Trust is an English Channel relay with a #2 slot in July 2018 with pilot Andy King on Louise Jane Charters. “The Alexa Trust are looking for 6 like-minded people who have a desire and a passion to swim across The English Channel, and in doing so help raise funds for The Alexa Trust, a charity supporting parents in Neonatal. This is a great way to spend approximately 14 hours of your life with a new group of friends that you have bonded, helped and encouraged on this journey you are about to embark on.”

Applications for The Alexa Trust English Channel relay closes on November 30th 2016 with the team to be picked in mid-December 2016.

For more information about The Alexa Trust and its charity relay, visit here.