Crossings In Kyrgyzstan, After Akhmed Anarbaev 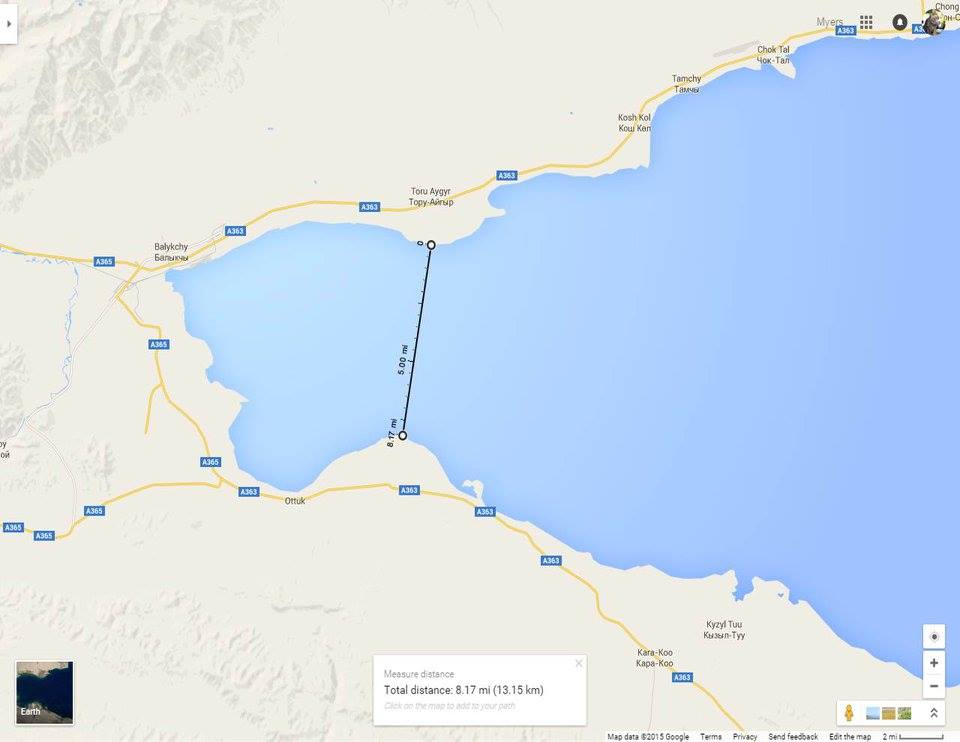 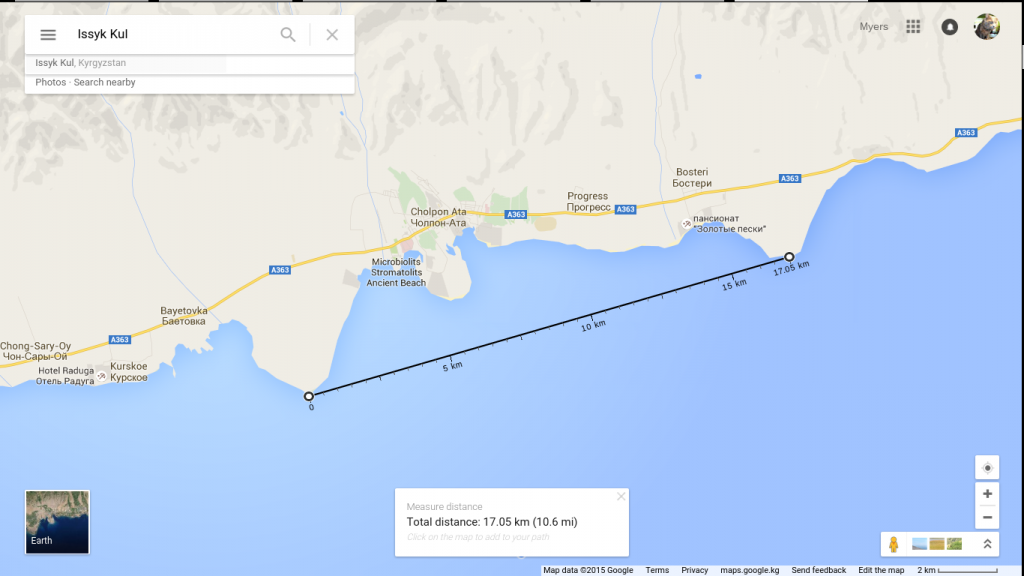 One of the world’s newest governing body – the Lake Issyk Kul Swimming Federation – was recently established by IronMike in eastern Kyrgyzstan. He and his colleagues attempt, plan and envision a variety of lake swims across Kyrgyzstan’s Issyk Kul in the northern Tian Shan mountains.

The lake is the tenth largest lake in the world by volume and the second largest saline lake after the Caspian Sea. Although it is surrounded by snow-capped peaks, it never freezes.

The shortest recognized lake crossing is 13.15 km (8.17 miles) between the villages of Kara-Talaa in the south and Toru-Aygyr in the north. 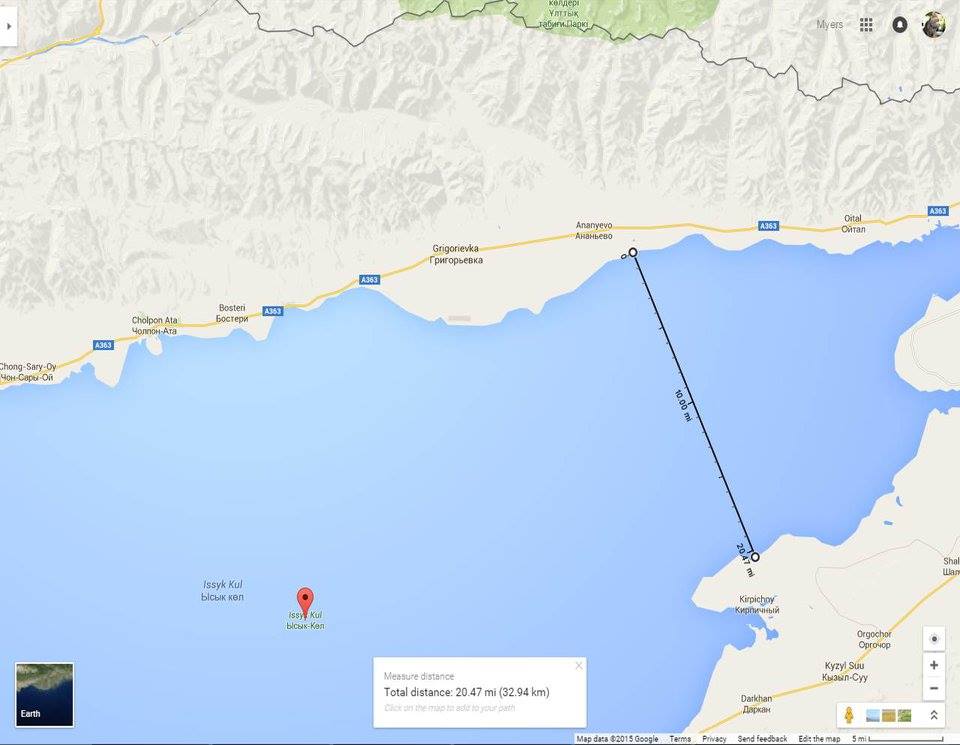 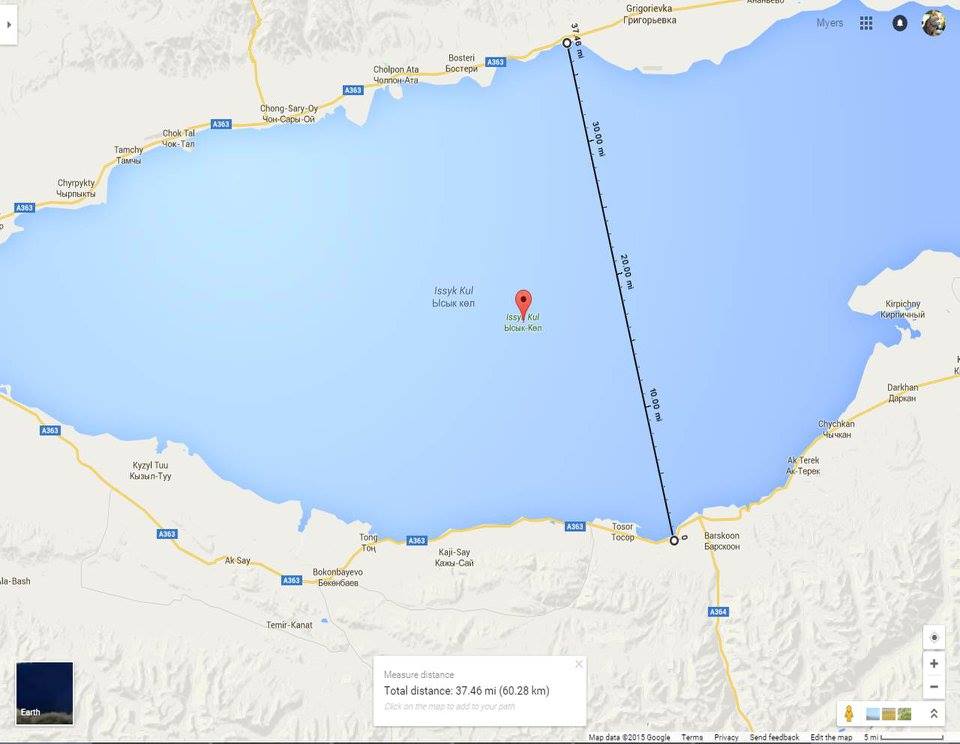