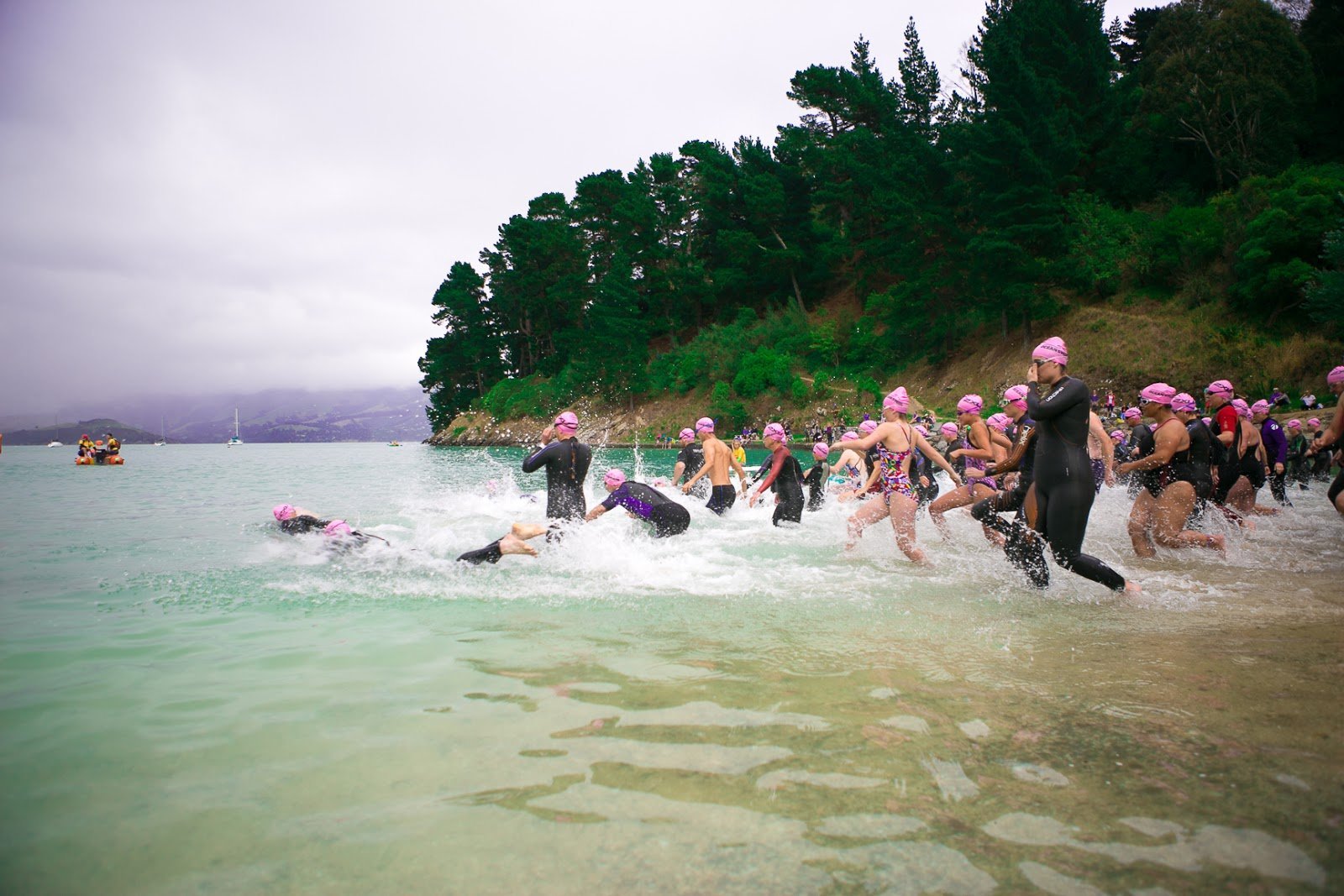 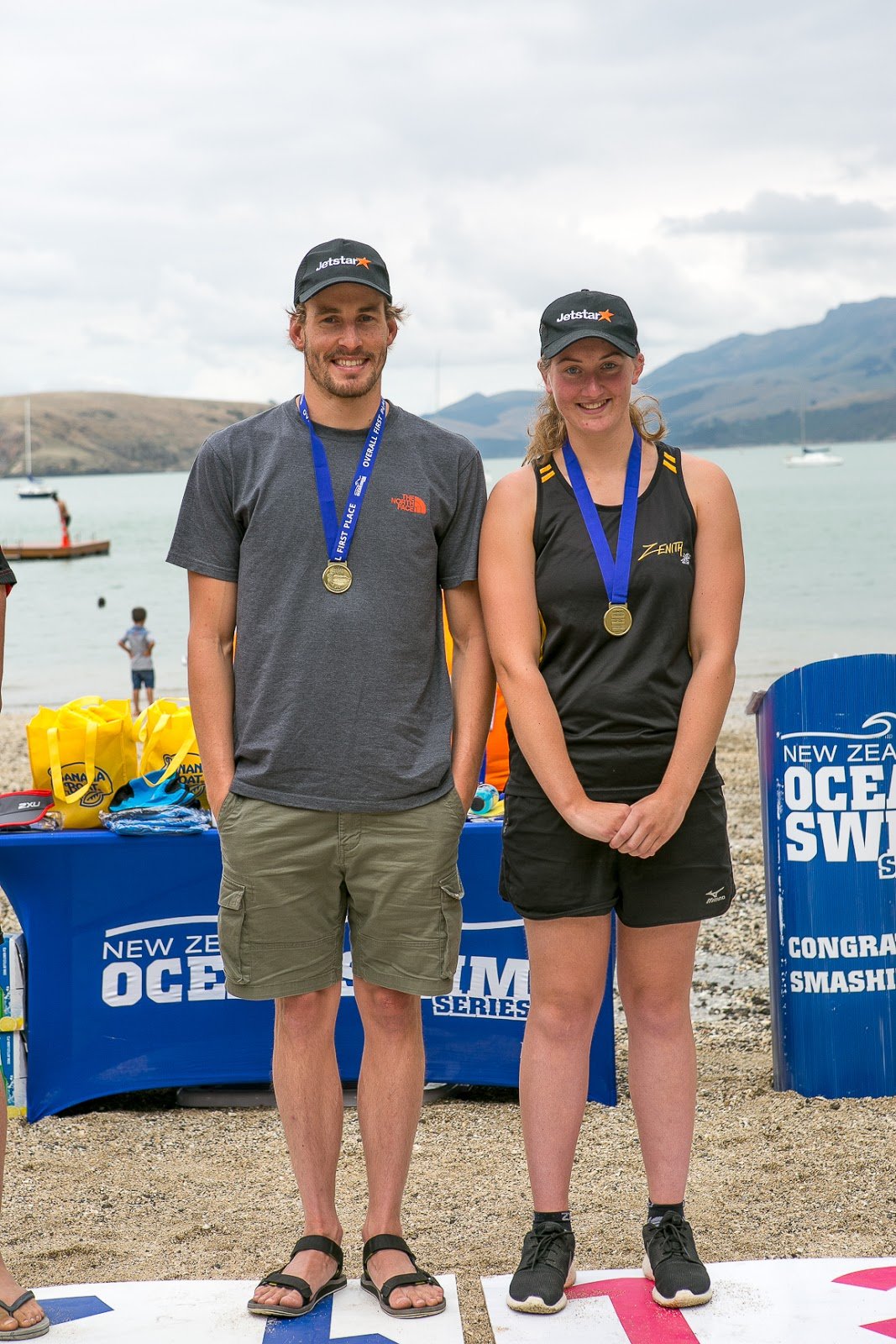 Capp was followed by Liam Thomson and Angus Syme, while Gillespie was followed in second and third by Sammy Winward and Samantha Harnett, respectively.

Event Organiser Scott Rice said, “Well done to Nathan and Stefannie on their wins today. Both swimmers are known for their prowess in the water with Nathan having taken out the top spot in our series last year.

Capp, who is a multi New Zealand record holder, took a commanding lead right from the start and won the swim convincingly.

Gillespie, who is a Christchurch local, was also favourite as she won the Akaroa swim last year, making her a back to back champion. Both swimmers are serious contenders and I’m sure we will only see more of their success as the series goes on

There were outstanding weather conditions for the swim with flat calm water, cloud cover, and no wind. “There was also a bit of tidal assistance for the swimmers which helped get us some very fast swim times today. It has been a very successful return to Corsair Bay.”

The Christchurch Crown event returns to Corsair Bay on the South Island after being in Akaroa for four years due to the 2011 earthquake. The event was the fourth in the 7-race series. The other distances included the 300m ‘Give it A Go’, the 1 km ‘Step It Up’, and for those 14 years of age and under, the 200m ‘OceanKids’ event.

“Today also marked the announcement of the six newest members in the Jetstar Super Swim Squad. This special squad is made up of the talented youngsters ages 7-13 years who win their age group in the OceanKids 200m events from throughout the season and involves attendance at an end of season training camp in Auckland with top New Zealand swimmers and coaches.

The 10th season of the New Zealand Ocean Swim Series will also see the debut of another exciting event, the Legend of the Lake swim which takes place in Rotorua on the 28th of February. Remaining events also include the Sand to Surf in Mt Maunganui and the King of the Bays in Auckland.

The charity partner for the New Zealand Ocean Swim Series is Surf Life Saving New Zealand. For more information or to register for this popular series, visit www.oceanswim.co.nz.

Photo of the Christchurch Crown start in Corsair Bay and Nathan Capp and Stefannie Gillespie by Julie Johnston.