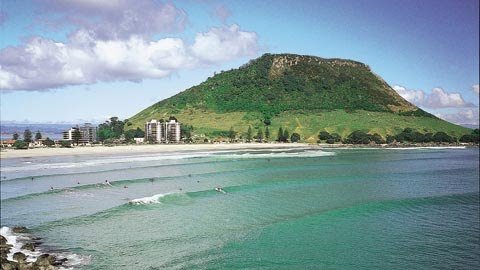 Like other races this weekend, the State New Zealand Ocean Swim series race will have to deal with rough weather and sea conditions this weekend. The State Sand To Surf, Mt Maunganui course will be moved to calmer waters.

Event director Scott Rice decided all State Sand To Surf races will be held on Pilot Bay, instead of the normal course out from Mount Maunganui’s main beach. “We have had no choice but to move the course because the forecast is for a 2.5 – 2.7m swell and an on-shore 15-20 knot South Easterly wind.

That would make for dangerous and messy conditions out from Mt Maunganui’s main Beach. So after consultation with the Mt Maunganui Surf Club and Bay of Plenty Harbour Authorities, we’ve decided to move to the protected waters of Pilot Bay on the Tauranga side of Mount Maunganui
.”

Despite the change of course, none of the races will be shortened, including the main race, which remains 2.6 km long.

This will be the second time in the event’s history the contingency course will have been used due to conditions. The first time was in 2011.

1,100 swimmers will line up for round five of the State New Zealand Ocean Swim series including a strong field of elite swimmers in the main race, including former world 5 km open water champion Melissa Gorman, other Australians George O’Brien and Rhys Mainstone, and New Zealand number one Kane Radford, all of whom have won races in this year’s series.