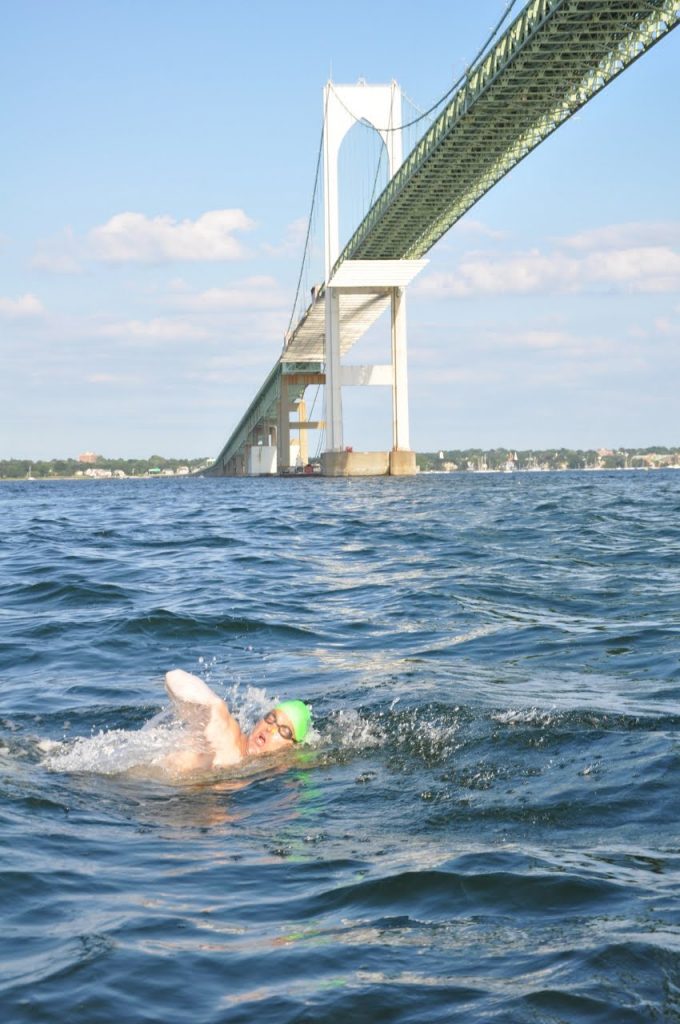 Fortunately, success can be measured in a variety of ways in open water swimming. In the case of Ray Gandy and Elaine Howley, who attempted an unprecedented 50-mile charity swim in Narragansett Bay, success was easily measured in effort and dollars.

On the effort side, Ray swam 45.6 miles in 27 hours 42 minutes before being pulled from the water due to safety issues and rough conditions. Elaine swam 25 miles before succumbing to the elements. Humbled by the tough Narragansett Bay’s tricky and confounding eddies and currents, Captain Richard Hittinge made the final call to pull Ray out of the water short of his 50-mile goal.

After Ray was swashbuckled by raging waters, he recalled, “I certainly was going to hit the rocks and I am glad he pulled me. This was a great learning experience for my English Channel double-crossing attempt in August of 2012.“

On the financial side, the pair raised more than US$10,000 for the Leukemia & Lymphoma Society. Both swimmers’ family members were affected by the disease and they both wanted to give back.

Ray’s daughter Jessica correctly summed up her father and his effort, “He is my hero.”