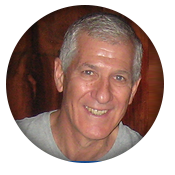 And next week, the Cyprus Israel Relay Swim for Youth at Risk will attempt an equally audacious 380 km (236-mile) world record 6-person relay from Cyprus to Israel in the Mediterranean Sea.

The relay will begin on October 18th under the following conditions:

*The swimmers will embark a catamaran yacht in Limassol harbor and sail to the starting point.
*Each swimmer will swim approximately 10-12 km every day for 5-6 consecutive days.
*If a swimmer for one reason or another may not be able to continue the journey, the team will decide whether to abandon or to continue with fewer swimmers.

It is an unprecedented relay that is expected to take up to 6 days. Their goals are varied as the men who make up the team:

*No one has done it before – We are acting out of inspiration and a sense of pioneering challenge
*Teamwork – The task can’t be done alone – only the team as a whole can win
*Contribution to the community – fundraising for youth at risk
*Promoting swimming and the open water
*Persistence and perseverance – Set a goal, stick to it and achieve it
*Personal challenge- “I can do it” – placing a groundbreaking goal, facing uncertainty, lack of control (darkness, weather, sea conditions)
*Setting a new world record