Gertrude Ederle is one of the most iconic figures in the open water swimming world. In 1926, two years after winning 3 Olympic medals, and a year after a DNF in her first attempt of a crossing, she shocked the world with the first swim across the English Channel by a women. In 14 hours 39 minutes, she swam nearly 2 hours faster than the men’s record at the time, held by Enrico Tiraboschi in 16 hours 33 minutes set in 1923.

The 19-year-old Ederle returned home to New York and received a massive ticker tape parade attended by an estimated 2 million people [see above]. 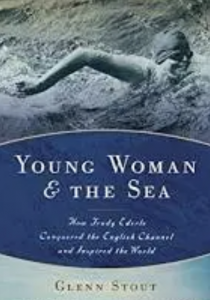 Her story has been written by many people. But it was a book by Glenn Stout, entitled Young Woman and the Sea published in 2009, that was the basis of a screenplay by Jeff Nathanson and a film produced by Jerry Bruckheimer.

The film was acquired by Walt Disney Pictures for Disney+ and will star Daisy Ridley as Ederle.

Ridley is one of the world’s most recognizable film stars with lead roles in the Star Wars sequel trilogy: The Force Awakens (2015), The Last Jedi (2017), and The Rise of Skywalker (2019).

With the anticipated airing on Disney+ by Walt Disney Pictures, featuring one of the world’s most popular actresses, will boost the legacy of Gertrude beyond anything a marathon swimmer has experienced to date.