Dan The Man, Pearl Of The Pacific 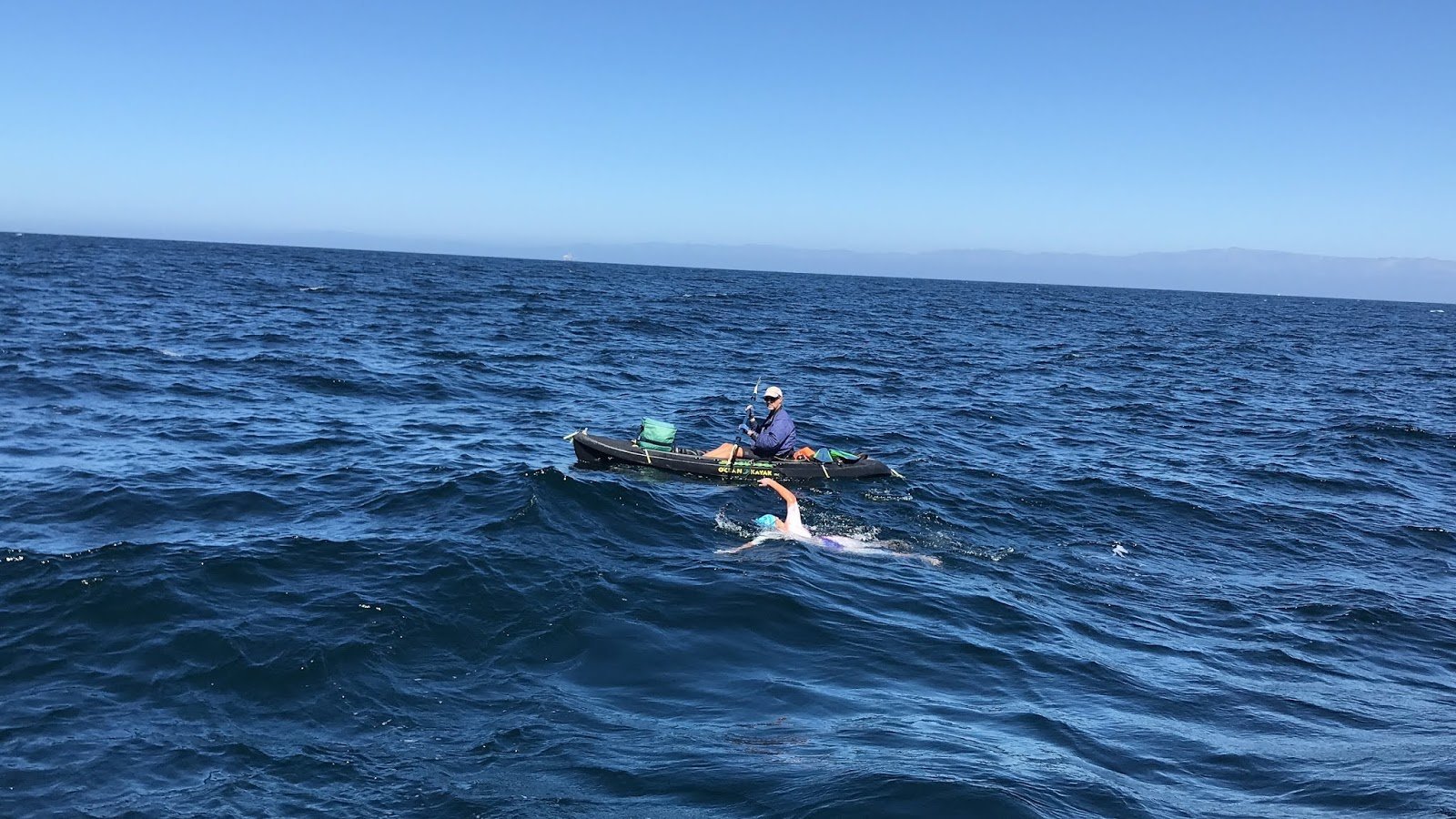 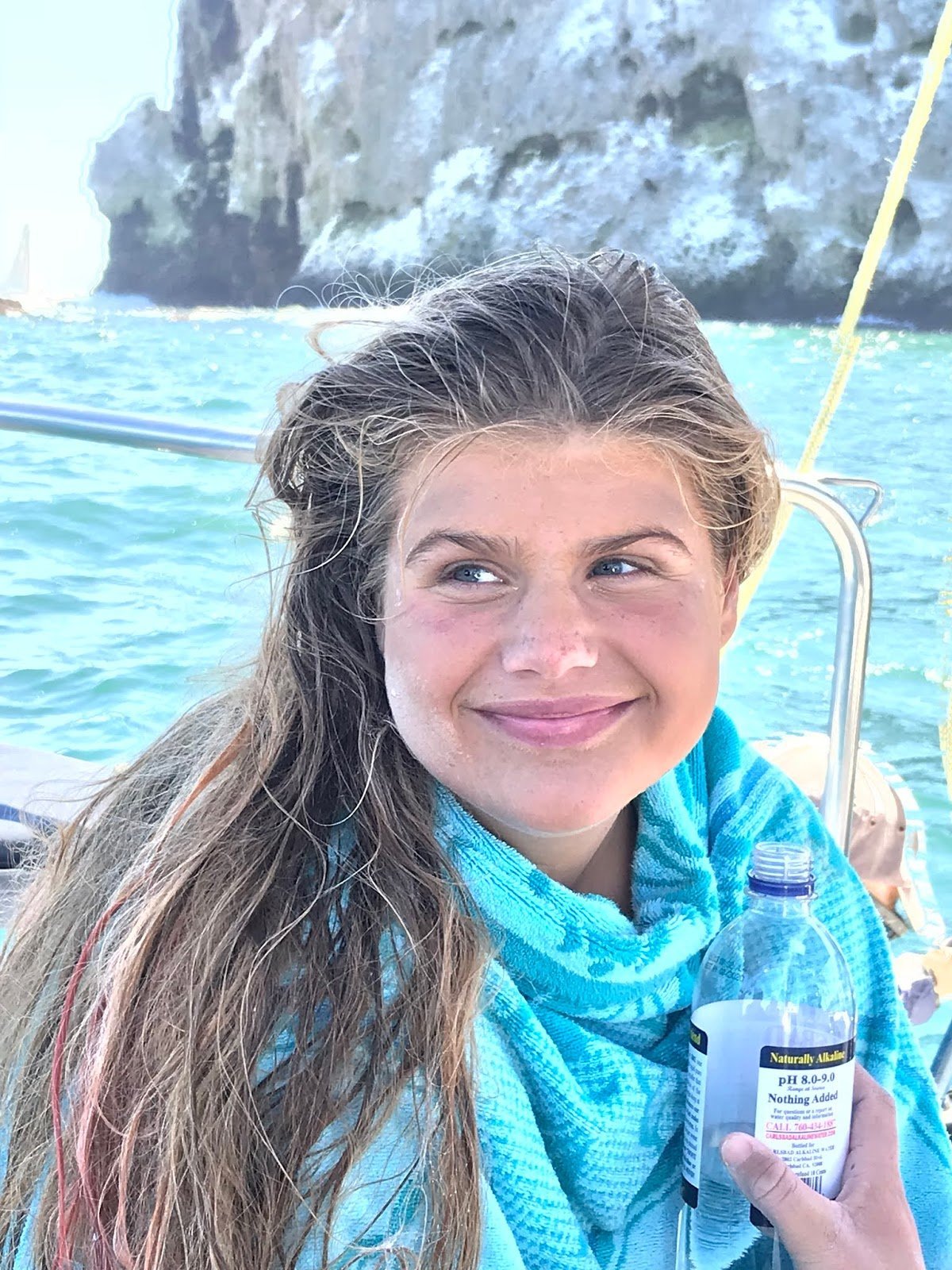 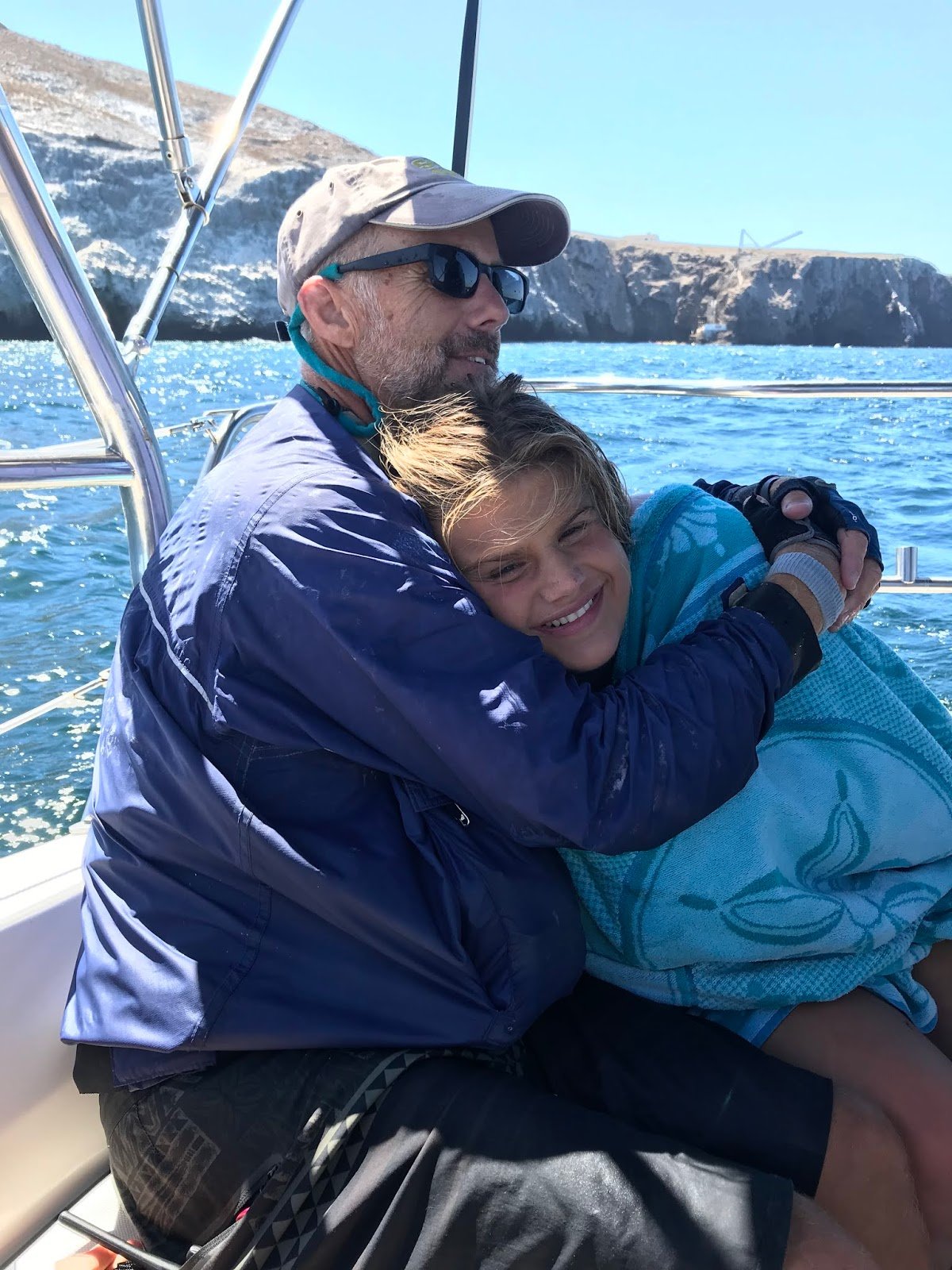 Dan Simonelli of Open Water Swim Academy is one of the most respected experts of channel swimming in America. On the west coast, he is the go-to coach, mentor, educator and escort crew chief, busy and booked throughout the season.

Where does his depth of experience and expertise come from?

After this season across the Catalina Channel, as well as English Channel and Molokai Channel, Simonelli will have participated in 150 individual crossings of swimmers and relays, fast and slow, young and old, newcomers and veterans in conditions that have ranged from tranquil to turgid.

His responsibilities during those 150 crossings have included acclimatization planning, logistics meetings, and mentoring sessions as well as helping nervous swimmers and seasick crews prepare for and execute their swim. One of his specialties is escorting swimmers via a kayak – right next to the swimmers keeping them safe and confident in themselves even when they contemplate quitting when the going gets tough.

But today was a special day in the California Channel Islands for Simonelli. He was escorting Pearl, his 15-year-old daughter, across the Santa Barbara Channel starting from Silver Strand beach at Port Hueneme about 5:00 am.

“It was an Anacapa success,” he said proudly of the 18 km mainland-to-island crossing. “8 hours 20 minutes. Ugh, it was a slog the whole way against 2-4 foot waves and wind and a head current for two-thirds of the way. But she was solid.”

It was Pearl’s first channel swim and it turned out to be a family affair with sister and mom on the boat. Dad retold her day of adventure. “It was fun having her sister Liana crewing. Pearl wanted music on her swim. So we got a waterproof speaker and Liana played DJ with sporadic song requests from Pearl in the water – like Girly Girl by The Go Heads. She jammed almost all the way across the Santa Barbara Channel with tunes playing at feeds and some in between. The sisters were singing the lyrics together and exchanging good, fun energy.

It was fun to watch them together. Liana also jumped in a couple times to buddy swim with Pearl. It was an unexpected bonus for me to see them interacting like that.

I barely said anything to Pearl from the kayak for most of the swim…she just took care of biz and kept swimming to Anacapa Island near Arch Rock. She finished with a cliff face touch finish

Pearl said after finishing, “Before the start, I definitely wasn’t as stressed or scared as I thought I would be. During the swim, I just tried to have fun like Gracie told me and I did for most of it. But then it wasn’t fun because I felt like I was on a swimming treadmill and wasn’t moving going against the wind chop and current. I knew I was over my expected time and just wanted to be done. Then when I was done I was kinda like woahhh…OK I’m done! I thought wow, I just did that.”

Like daughter, like father. Pearl just took care of business – right from the start. “When I first hit the water to swim in to the start, I was like sh*t this is colder than I thought it would be and why are the freaking fish – bait fish – jumping at my legs. Then I got to the beach and I ran up and was psyched up and then ran back into the water like Junior Guards.”

And, like her father, Pearl got the job done. “When I touched the island to finish, it was such a satisfying feeling. I’m donnnnne! After I touched the slimy muscles, I took my cap and goggles off, threw them in the kayak and told my dad to drag me back to the boat.”

While it is a little too early to think about the next swim, Pearl went from the finish to her water polo practice, “Honestly I’m not sure [when my next channel swim will be]. When I first finished, I thought, ‘Hmmmm OK maybe I wanna do more. That was low-key fun. But then I was like haaaa nope, maybe later on, but not right now. I kinda went into this swim as a big boom out of swimming and just personally for myself because I have done club swim my whole life and want to take a break. Right now I’m playing water polo.

The swim was so much harder than I thought because I was against the wind and current the ENTIRE time and it was super choppy and I thought, wow if only I were going the other way.“

Simonelli will be one of the featured speakers at the WOWSA Talks & WOWSA Awards at The Olympic Club in San Francisco on November 10th.

His talk will be about the planning and logistics of channel swimming.

“A wise swimmer will have Dan on their boat and at their side in a kayak,” said Steven Munatones. “He is trained as a lifeguard and extremely experienced because he is out in the Pacific Ocean every day. He knows very well the behaviors of marine life and how to deal with all kinds of conditions from fog to night swimming.”

​To meet, listen and learn to Simonelli and 24 others speakers from 12 countries at the WOWSA Talks & WOWSA Awards, register here.